Everyone at Rotherham United has been deeply saddened to learn of the passing of our former player and League Cup finalist Keith Bambridge, aged 85.

A Rotherham lad, Keith represented his hometown club between 1955 and 1963, etching his name into the club’s history books alongside his Millers teammates in 1961 when they reached the first ever League Cup final – a two-legged affair against Aston Villa.

Keith attended Mexborough Grammar School and played for Don and Dearne Boys as a youngster. He was picked up by his hometown club when he was spotted by a Millers scout playing for church side Masbrough St. Paul’s who played in Rotherham Premier League and he signed for the Millers in February 1955 but insisted it would be as a part-timer so he could carry on his trade as a draughtsman.

He would go on to make a total of 179 appearances scoring 16 goals and after leaving Rotherham in December 1964 he joined Darlington – who were managed by his former Millers teammate Lol Morgan - but played only a handful of games because of issues over travel before signing for Halifax Town where he became the club’s first ever substitute in 1965.

Keith was a diminutive left winger who made his debut for Rotherham United as a 19-year-old against near-neighbours Barnsley during the 1955/56 campaign and never looked back.

Having kept his place in the side following that game against the Tykes, he would go on to score in a 2-0 triumph over Sheffield Wednesday in the same season, further endearing him to the Millers support.

National Service limited his playing time in the two seasons that followed but he was back to scoring goals against local rivals on his return, as he netted against Sheffield United in a memorable 3-2 comeback victory at Bramall Lane.

Keith and his Millers comrades so nearly got their hands on the League Cup in 1961 having given themselves the advantage with a 2-0 win over Aston Villa in the first leg of the final at Millmoor, alongside other legendary names including Peter Madden, Roy Lambert, Ken Houghton and Roy Ironside.

He played in both legs of the inaugural League Cup final but the Millers were unable to deny Villa lifting the trophy having succumbed to a 3-0 defeat in the reverse fixture – which actually took place a season later.

Keith’s love for the Millers never wavered and he was a regular visitor to our home here at AESSEAL New York Stadium following his retirement. He would often be seen lighting up the hospitality lounges on matchdays with his infectious smile and bubbly personality having been invited back as one of John Breckin’s legends on a regular basis.

Millers fans may also remember Keith being involved in a photoshoot alongside some of our players from a more modern era, as the club celebrated the anniversary of that first ever League Cup final, with Kari Arnason and Ben Pringle joining the legends from 1961 on the hallowed turf at AESSEAL New York Stadium. 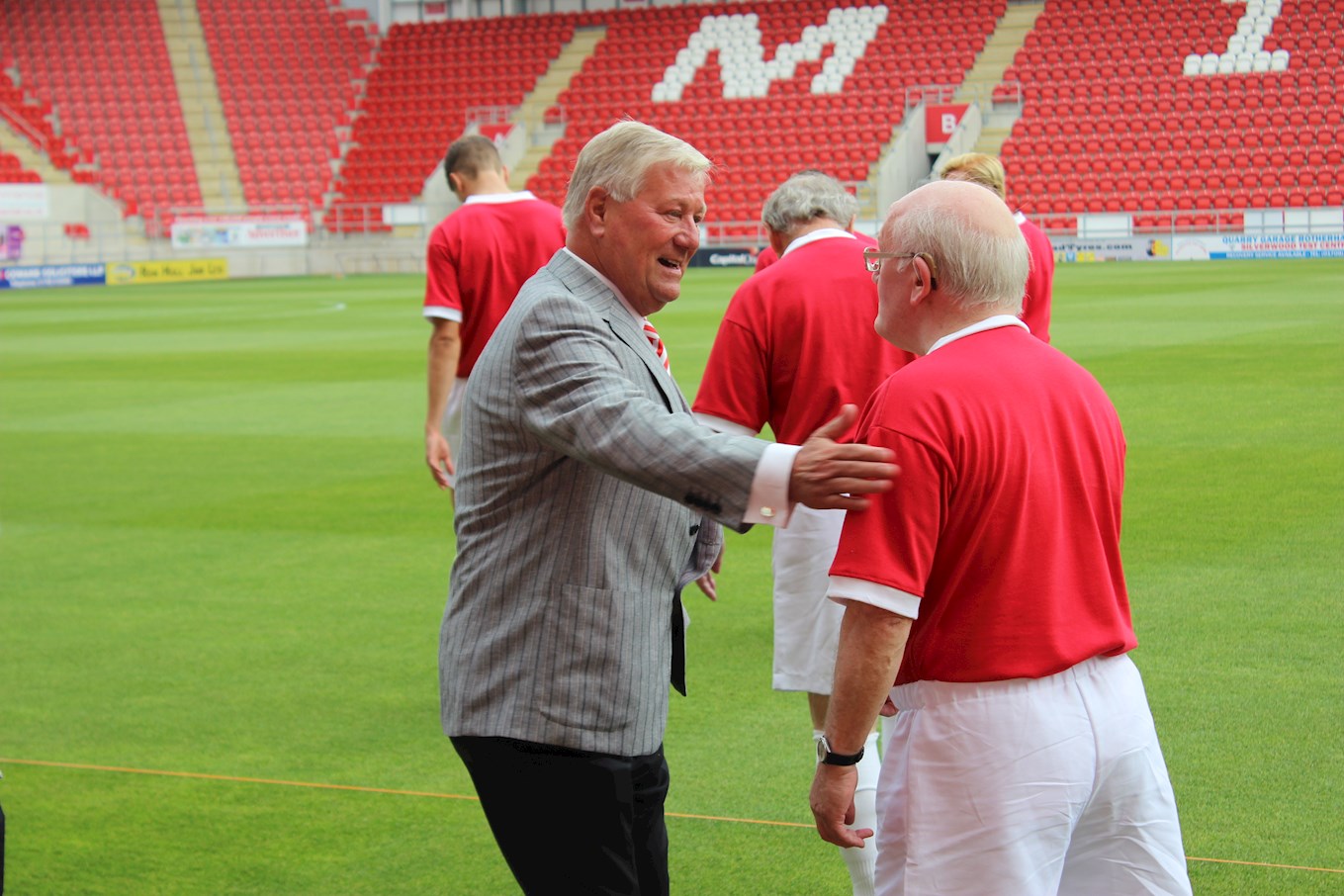 It would be fair to say that Keith’s passion for football never dwindled and even after Cartilage trouble ended his professional career, he continued to play in the Rotherham area including at Dinnington, Rotherham Co-op and leading Rotherham side Centralians - a time that included winning a Rotherham Charity Cup medal in the final at his old stomping ground at Millmoor. He played until he was 43.

Keith continued even after that, eventually joining the Walking Football club run by Rotherham United Community Sports Trust, where he inevitably become a hugely popular and respected figure.

Originally a Parkgate lad, Keith went on to live in Rawmarsh and spent the later years of his life in Bramley, where peacefully passed away with his family by his side on Thursday.

We will miss Keith’s happy, infectious personality and the many Millers stories that he used to tell here at AESSEAL New York Stadium greatly.

Everyone at Rotherham United would like to extend our heartfelt condolences to Keith’s family and friends at this incredibly difficult time.