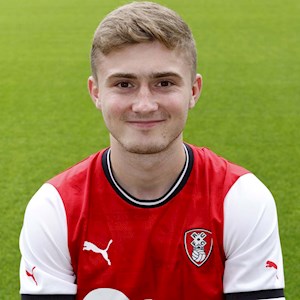 Rotherham United added Huddersfield Town midfielder Scott High on a season-long loan deal on the eve of their Sky Bet Championship campaign, with the Terriers man completing the necessary paperwork on the Friday ahead of the season opener.

Warne finalised the loan capture of the highly-rated central midfielder, who came through the academy ranks at the West Yorkshire club, having first joined at Under 9 level. From there, he worked his way up through the age groups, first featuring for the U18s side as a schoolboy, making two starts and five substitute appearances.

His progression continued to go from strength to strength in the 2017/18 campaign, where he racked up further appearances for the U18s, going on to establish himself as the captain of the U19s the following year, scoring seven times.

His form, as well as his demeanour off the pitch, did not go unnoticed and he was rewarded with Club’s Academy Player of the Year at the end of the campaign, making his full progression into the first team under Danny Cowley in the 2019/20 season, where he played five times and earned himself a new long-term contract.

Loan spells with Shrewsbury Town and Concord Rangers followed, meaning that High was able to further his footballing development away from the John Smith's Stadium.

In 2021/22, the 21-year-old made 25 appearances in all competitions for the Terriers, as they earned a place in the Sky Bet Championship Play-offs, losing narrowly to Nottingham Forest in the final.