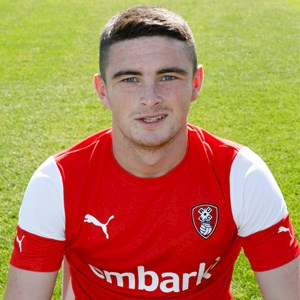 Rotherham United secured the loan capture of Jake Hastie on September 2nd 2019, and the 20-year-old will spend the 2019/20 campaign at the AESSEAL New York Stadium having made the move from Rangers.

After progressing through the youth ranks at Motherwell, the Scotland Under-21 international went on to earn a professional contract at Fir Park before spending time on loan at Airdrieonians and Alloa Athletic.

He then returned to his parent club in January 2019, and he rattled in seven goals in just 15 appearances in all competitions, leading to Rangers swooping to secure his signature earlier this summer.

Having also been nominated for the PFA Scotland Young Player of the Year award for the 2018/19 campaign, Hastie has plenty of potential and he will be hoping to fulfil that during his time as a Rotherham player.