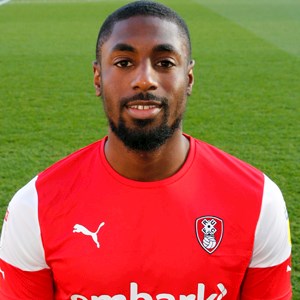 The 23-year-old joined on a loan deal from Bristol City which will see him remain with the Millers until the end of the 2019/20 campaign with Paul Warne capturing the highly-sought after attacker, despite him having a number of other suitors in Sky Bet League One.

Adelakun enjoyed time in the youth ranks with Crystal Palace and West Ham United but it was further north that he broke onto the professional scene with Scunthorpe United, where he made his senior debut in 2012.

He turned out in excess of 150 times in all competitions for the Iron scoring 20 goals in the process before catching the eye of the Robins, who he joined on a three-year deal in July 2018.