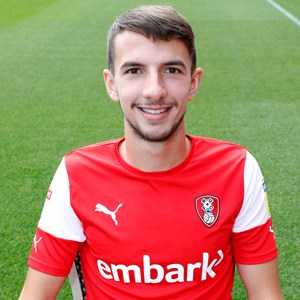 The 22-year-old joined the Millers until the end of the 2019/20 campaign to become Paul Warne’s fifth signing of the summer, after a long pursuit saw the promising midfielder arrive on loan from Newcastle United.

Barlaser’s situation had been closely monitored by Rob Scott and the first team staff over the close season and the AESSEAL New York Stadium-club were finally able to land their man, with the news coinciding with the midfielder signing a contract extension with the Magpies.

The Gateshead-born operator enjoyed a loan spell with Accrington Stanley in 2018/19 which saw him make 45 appearances in total, scoring six goals in the process in league and cup competitions.

He also has time with Crewe Alexandra on his CV, alongside experience in the youth setups with England and Turkey.