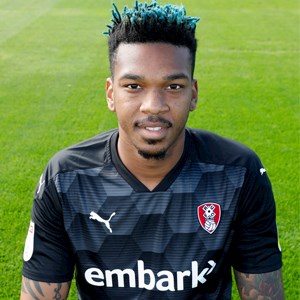 Chelsea goalkeeper Jamal Blackman penned a loan deal to keep him with the Millers until the end of the 2020/21 Sky Bet Championship campaign in August 2020.

The Croydon-born goalkeeper may already be a familiar name to Millers fans, following a successful loan spell with South Yorkshire neighbours Sheffield United in the Sky Bet Championship, where he racked up 33 appearances in all competitions for the Blades.

Blackman’s career began with the Blues as he progressed through the youth ranks at Stamford Bridge, playing a key role as Chelsea’s young guns lifted the FA Youth Cup during the 2011/12 campaign.

His first loan venture came in 2014 when he headed north to make a temporary switch to Middlesbrough. Upon his return to Chelsea, he ventured overseas to further his footballing development with another loan move, this time with Swedish side Östersunds FK.

After racking up several appearances in the Allsvenskan, he returned to the UK for his next stint away from the Bridge, firstly joining then Sky Bet League Two outfit Wycombe Wanderers. Blackman was made first choice keeper for the entire campaign and went on to claim the award for Young Player of the Season.

He was rewarded for his fine displays for the Chairboys with a loan move to Bramall Lane for the 2017/18 campaign and played a key role as Chris Wilder’s side cemented their Sky Bet Championship place following promotion the previous year.

Blackman headed to West Yorkshire the following year to continue his progression by joining Leeds United. He was brought in at Elland Road to compete for the number one jersey with Whites’ stopper Bailey Peacock-Farrell. However, his time at the club was sadly cut short through injury.

He made another switch overseas last term, initially signing for Vitesse Arnhem in the Netherlands following his return to full-fitness. Blackman returned to England to sign for Bristol Rovers in January 2020 and was an ever-present between the sticks for the Gas before the Sky Bet League One season’s early curtailment.

His performances for Ben Garner’s side caught the attention of Millers boss Paul Warne, who has moved to secure his services ahead of his side’s 2020/21 second tier campaign.