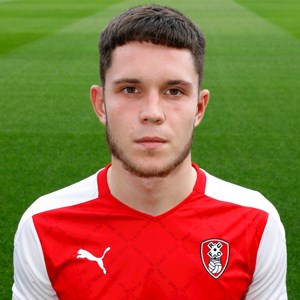 Hirst may already be a familiar name to Millers fans, after starting his career with South Yorkshire neighbours Sheffield Wednesday.

He followed in the footsteps of his father David, by making his league debut for the Owls during a trip to Reading in December 2016, aged 18.

He was rewarded with his Wednesday debut following his stunning form for the Owls’ development and youth sides, in which he scored an incredible 40 goals in one season.

His talents have also been noticed on the international stage. He represented England at every level from under-17s to under-20, helping the Three Lions to Toulan Tournament success in 2017. He was named in the team of the tournament, after firing the Three Lions to the trophy with four goals.

He departed Hillsborough in 2018 to link up with former Wednesday player and Leicester City manager Nigel Pearson at OH Leuven in Belguim. He found the net on three occasions for the Belgian Proximus League outfit before signing for the Foxes.

He initially joined Leicester’s development squad, but caught the eye of manager Brendan Rodgers, who handed him his Premier League debut during a clash with Tottenham Hotspur.

After a season with the top-flight side, he is now back in South Yorkshire to challenge himself in the English second-tier with the Millers and will bolster an impressive-looking forward line at Roundwood, which already includes Michael Smith, Freddie Ladapo and Kyle Vassell.