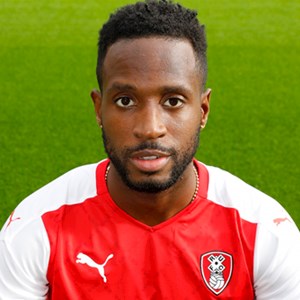 Florian Jozefzoon put pen-to-paper on a loan deal which will see him remain with the Millers until the end of the 2020/21 Sky Bet Championship campaign.

The Dutchman, who is capable on either flank, has joined the Millers from fellow second-tier side Derby County and will add competition on the wings for Paul Warne’s side.

Jozefzoon, capped at Under-19 and Under-21 level for his country, came through the famed Ajax academy in his homeland, making his professional debut at the age of 19 during the 2010/11 as the Dutch giants went on to win the title.

After making a handful of appearances at the Johan Cruyff Arena, he made a temporary switch to NAC Breda to gain valuable first-team match experience, before sealing a permanent move to RKC Waalwijk in the summer of 2012.

An impressive season at the Mandemakers Stadion earned him a move to PSV Eindhoven, where he was part of their Eredivise title-winning tilts of 2014/15 and 2015/16. Alongside domestic success, he also racked up appearances in the Champions League qualifying rounds and in the Europa League.

He moved to England in 2017, sealing a January switch to Brentford for an undisclosed fee, featuring regularly as the Bees recorded a top-half finish in the Sky Bet Championship. His impressive form earned him a new contract at Griffin Park, going on to feature 43 times for Dean Smith’s side, scoring seven goals and assisting a further seven in the process.

This form caught the eye of Derby County, with Frank Lampard bringing the Dutchman to the iPro Stadium in a money-move, he went on to score two goals in 41 games for the Rams.