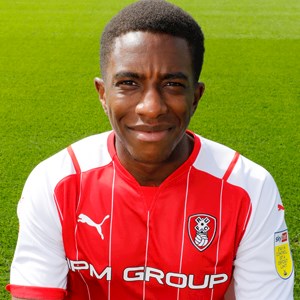 Wes Harding made his move from Birmingham City in August 2020, to become Paul Warne’s fourth signing ahead of the 2020/21 campaign.

The 23-year-old, who is predominantly a right-back but can operate across the back four if required, penned a three-year-deal to keep him at AESSEAL New York Stadium until 2023.

Despite still being in the relative infancy of his professional career, Harding arrived in South Yorkshire having represented Blues over 50 times in England’s second tier.

The Leicester-born defender joined Birmingham’s academy aged 16 in 2012, having impressed in that age group he progressed through the Under-18s and Under-23s sides; both of whom he captained.

He made his professional debut for Blues in August 2017, coming off the substitutes’ bench during a 5-1 success against Crawley Town in the Carabao Cup.

Harding was a mainstay in the defence during his first season in Rotherham colours and just like he did during his time at St Andrew's, performed capably for the Millers in a number of positions.

Starting the season in his preferred right-back role, Harding found himself operating as a wing-back both on either flank, as well as being utilised as a right-sided centre-back in Paul Warne's 3-5-2 system.

The defender amassed 48 appearances in all competitions, in a solid debut season in a red and white shirt.