Rotherham United stood shoulder to shoulder with the rest of the footballing community in showing our support to the people of Ukraine and all those who have been impacted by the ongoing conflict in the country, ahead of Saturday’s Sky Bet League One hosting of MK Dons.

Since the start of the conflict, clubs across the EFL have been coming together as a continued show of solidarity and it has been no different here.

In the build up to Saturday’s clash, our Community Sports Trust were on hand to collect essential supplies to be distributed back to Ukraine in aid of the soldiers, families, children, doctors and volunteers in the country.

A fantastic response form fans of both the Millers and Dons saw a variety of items collected including tools, clothing food and drink supplies, with collections set to continue for future home games.

Items we're collecting, which the Ukrainian people desperately need, include:

The stall will be operated by local councillor, former mayor and Millers season ticket holder, Eve Keenan from 2pm onwards on matchdays, ably assisted by her husband, Pat.

Not only will Eve be responsible for the stall with the help of our Community Sports Trust, but she is also the figurehead responsible for arranging the distribution to the countries that need the supplies.

In addition to this, players, fans and staff alike inside AESSEAL New York Stadium stood together in support, with the Ukrainian flag displayed on the big screen shortly before kick-off and some wording – which reaffirmed our support to those caught up in the crisis – read out before a show of solidarity. 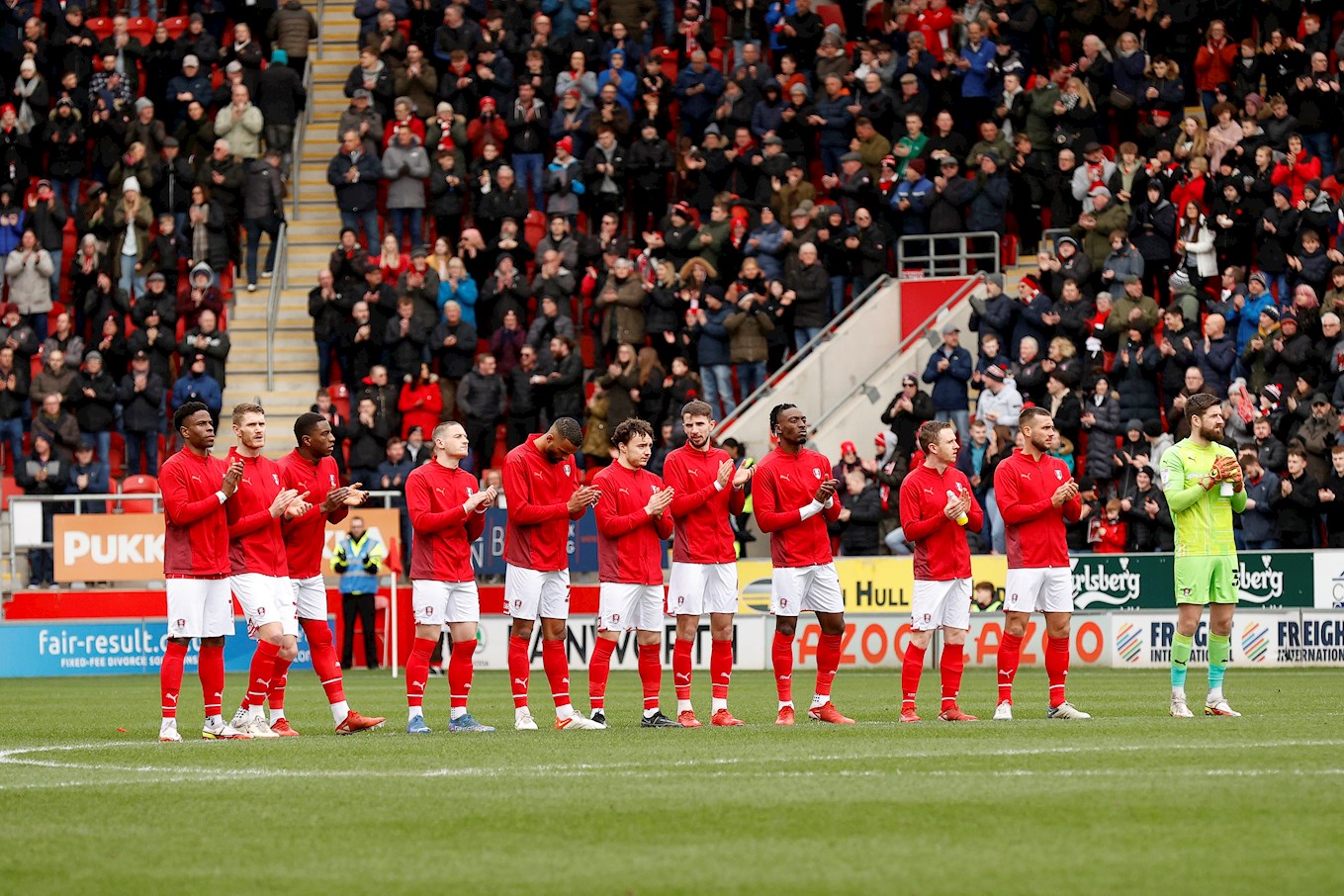 Supporters have also been keen to show their support, with members of the Rotherham United podcast, New York Talk, planning a special 12 hour show in order to raise funds for Red Cross Ukraine, as well as setting up a JustGiving page, also collecting for the charity.

“We’ve all been deeply shocked and saddened to watch the harrowing events in Ukraine unfold in recent weeks.

“Football has always had the invaluable ability to bring people from all walks of life together and everyone at Rotherham United felt it incredibly important to show our support for those who have suffered the terrible consequences of this conflict.

“People often say that politics should be kept out of football, but we’ve seen so many times in the past that football can be used as a vehicle to influence positive change.

“As a football club we want to do our bit and we were overwhelmed by the response to our essential items collection point which was utilised at our last home game and we would be extremely grateful to anyone who donates in future home fixtures.

"I would like to give a special mention to Eve and Pat Keenan who are both giving up their free time to aid the cause and playing an essential role in helping the people of Ukraine get the supplies they so urgently need."