Rotherham United are delighted to have extended their long-standing relationship with KCM Waste Management, whose name will continue to be carried by the North Stand at AESSEAL New York Stadium until the end of the 2023/24 campaign.

The Millers have enjoyed a long and successful working relationship with Managing Director Phil Hickling and his team, who first penned an agreement upon the club returning to the town and their brand new stadium in 2012.

During that time, KCM Waste Management have supported a number of commercial ventures and have been a regular presence at AESSEAL New York Stadium in the hospitality lounges. Aside from their marquee agreement to sponsor the North Stand, their other notable commercial commitments include the sponsorship of the club’s Academy strips in recent seasons.

This summer will see the Millers’ business relationship with our colleagues from KCM pass the 10-year-mark and we are delighted to have the opportunity to continue to grow that commercial partnership for at least two further seasons. 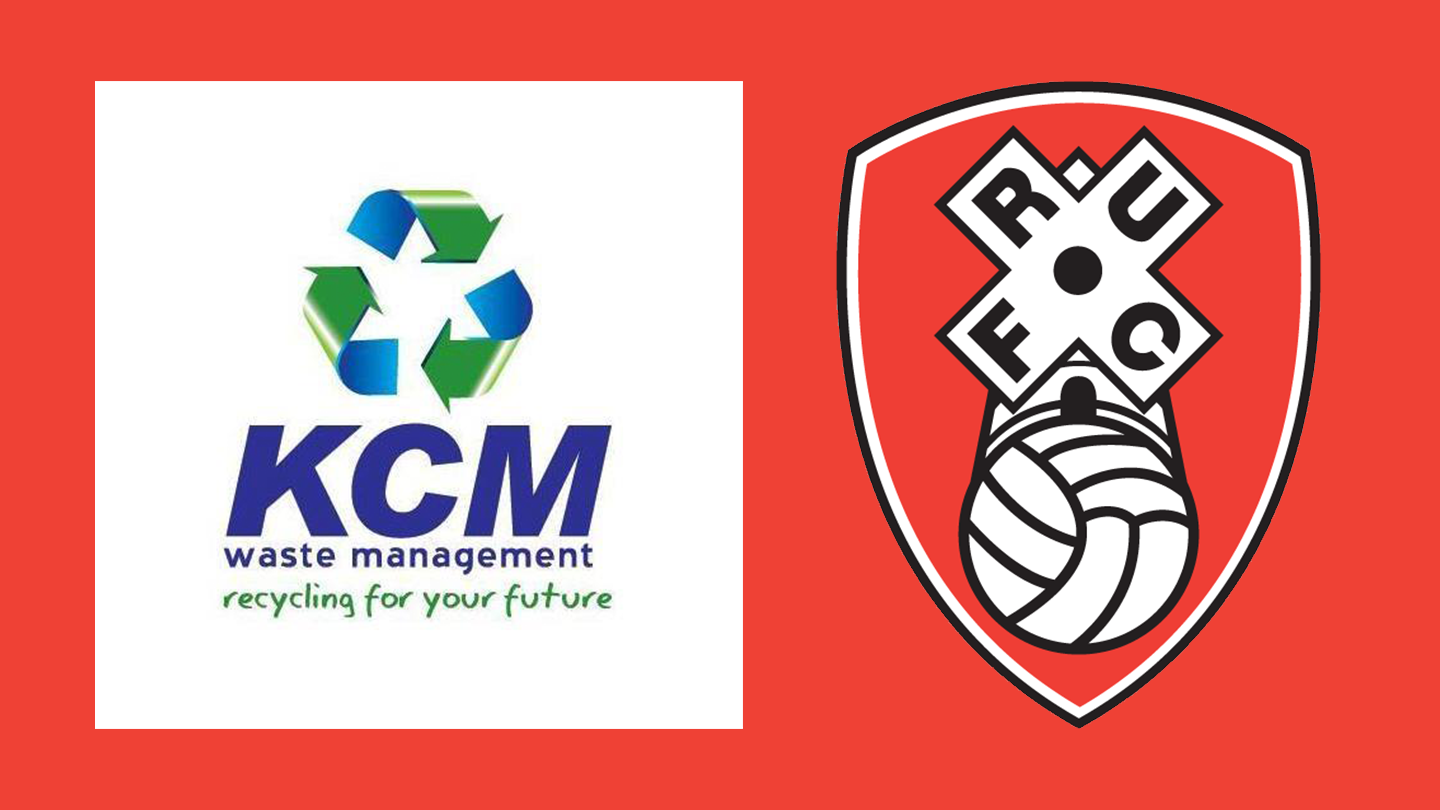 Having come to know Phil and his team on a personal level – as well as in business – our Head of Commercial Mark Hitchens expressed his pleasure at the chance to continue to build on what has proven to be a successful relationship for many reasons.

“It certainly feels like our partnership with KCM Waste Management has been a fruitful one for both parties over the years, as we have continued to look to grow both as individual businesses and together,” he told www.themillers.co.uk.

“Phil and his colleagues are not only respected businessmen, but also popular figures in the lounges on matchday and their commitment to Rotherham United has been plain for all to see since we returned to the town in 2012."

“Like many of our sponsors, KCM are always keen to pledge their support to the new and exciting commercial opportunities that we are able to offer each year and the business relationship has not only grown over the near 10 years that we have enjoyed together, but also seen them offer their backing in different areas.

“As a club, we can’t stress enough how much we value being in business with companies who mirror our own beliefs and the number of charity ventures that KCM have been involved with in recent years says all that you need to know about their culture.

“I am already looking forward to building on what has been a long and successful partnership so far as we look ahead to the future.”

“It has been great to work alongside Mark and all of the commercial team at Rotherham United during what has been a really exciting period for both parties.

“The success that the club have enjoyed both on the field and off it since moving to AESSEAL New York Stadium has been sustained and everything points towards that growth continuing for years to come."

“Equally, the last decade has been big for us as a local business and our profile has been raised as a result of our affiliation with Rotherham United.

“It is a club that cares about the people of the town, as we do as a business that employs hundreds of people from the local area and that is something that will remain incredibly important to us.

“I am already looking forward to this partnership passing the 10-year mark and am excited for the ventures that lie ahead for both of us.”