Rotherham United are delighted to confirm that they have secured the signature of 25-year-old Irish forward Georgie Kelly, who arrives at AESSEAL New York Stadium following the expiration of his contract with Bohemians, subject to EFL and FA ratification and international clearance.

The Millers have swooped to strengthen their attacking ranks this January with Kelly joining the squad on a three-and-a-half year deal to provide competition for an already-strong forward line containing the likes of Michael Smith, Will Grigg, Freddie Ladapo and Joshua Kayode.

The Derry-born frontman caught the eye of a number of suitors with his scintillating form in 2021/22 in his native Ireland, where he helped himself to a colossal 26 goals in the recent League of Ireland season.

Kelly was understandably hot property following the previous campaign coming to an end and reportedly attracted interest from England, Scotland, Holland and Denmark before Paul Warne swooped for his signature, having tracked his progress and done his due diligence prior to him putting pen-to-paper in South Yorkshire. 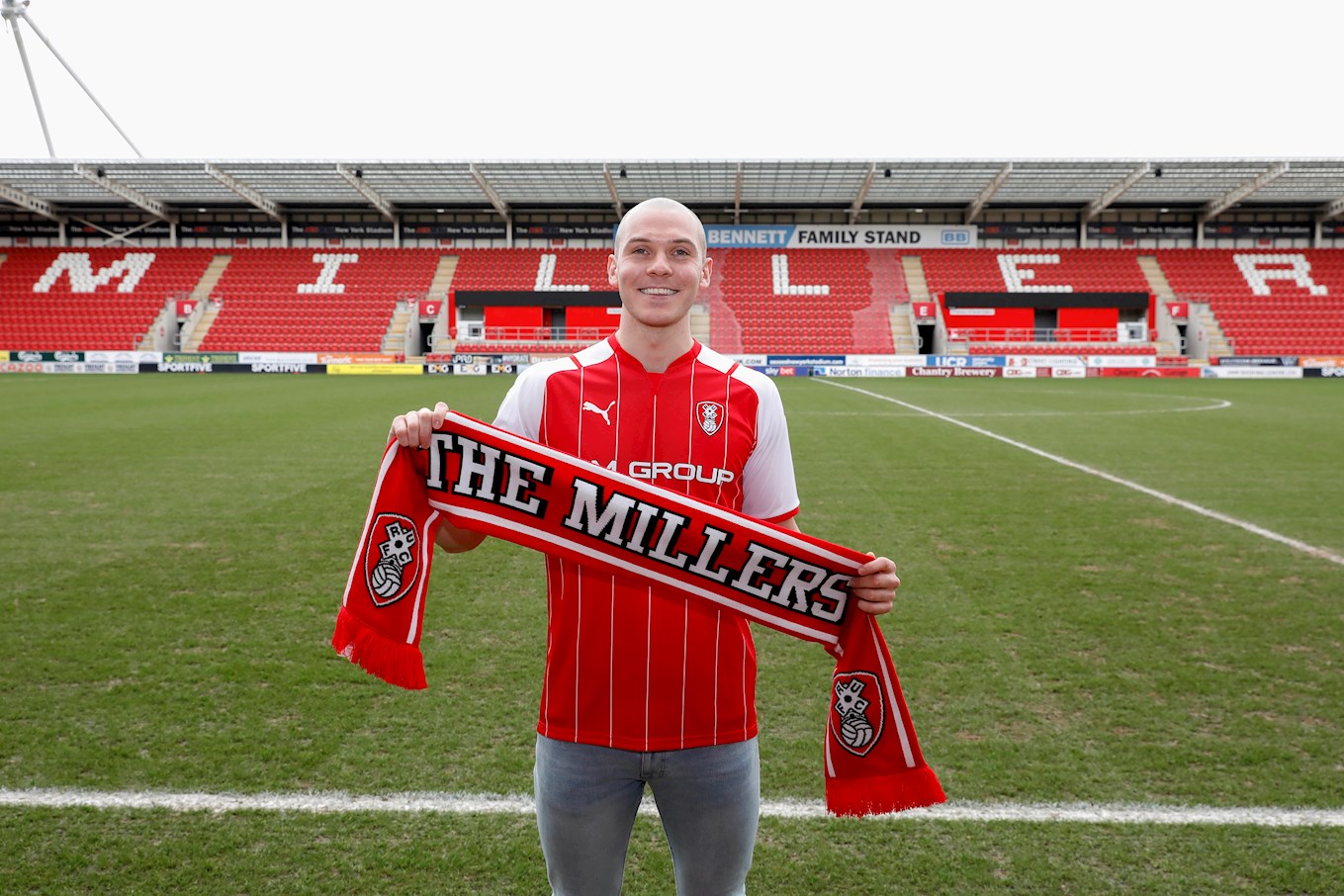 The Irishman began his footballing journey with University College Dublin AFC before moving on to Dundalk in 2018. Kelly’s time in Co. Louth was limited to just seven league appearances, but that did not stop him scoring the same number of goals in his two-year stint with the club.

From there, he made the switch to St. Patrick’s in July 2020 where this time his three goals outweighed his two league appearances.

However, it was with Bohemians where Kelly really found his feet and, having penned a deal in January 2021, the appearances went hand-in-hand with goals.

Having set the tone with his first goal for the Bohs in March against Longford Town, Kelly never looked back and then netted a hat-trick against his former club Dundalk, before going on to score four in his next outing in a 5-0 drubbing of Drogheda.

Georgie will wear the number 12 shirt whilst with the Millers.