Dubbed the ‘magic man’ by supporters, we all know Richard Wood will do just about anything for the cause.

Throw a brick at him? No problem, he’ll just head it back. Play over 120 minutes in a frantic Emirates FA Cup tie against Queens Park Rangers at 36 years young? Again, not an issue. We’re sure, that he’d have even dispatched a penalty into the top corner if needed.

But how was the skipper the next day, after over two hours of action-packed football in the capital?

“I’m fine now, I was a little stiff on Sunday and on Monday as well, but we came into train on Tuesday and I felt fine,” Wood told www.themillers.co.uk.

“I enjoyed the game, I joked with the Gaffer when he’d made his subs, that he’d done them all too early!

"He said: ‘I asked if you were alright,’ and I replied: ‘yes for ninety minutes!'"

"But joking aside, it was great to go up against a good side and go toe-to-toe with them and in the end we were unfortunate not to win it really.

“They had a couple of opportunities – as did we – and I thought Josh [Vickers] was very good in goal for us and made some excellent saves. We can be pleased with how we played, but obviously we want to win every game and we were disappointed to lose on penalties.

“We know we need to get out of this league first, but it is encouraging for the lads to see that we can go up against good sides from the league above and hold our own."

The Millers have set themselves incredibly high standards over the course of the campaign and while the results have remained consistent in the past month, performances arguably haven’t been at the scintillating levels we saw earlier in the campaign.

The display – even in penalty defeat – against Rangers saw the Millers back to what is more like their energetic and relentless best and the skipper is hoping that the performance can be taken into Saturday’s game, against a side that got the better of them earlier in the campaign. 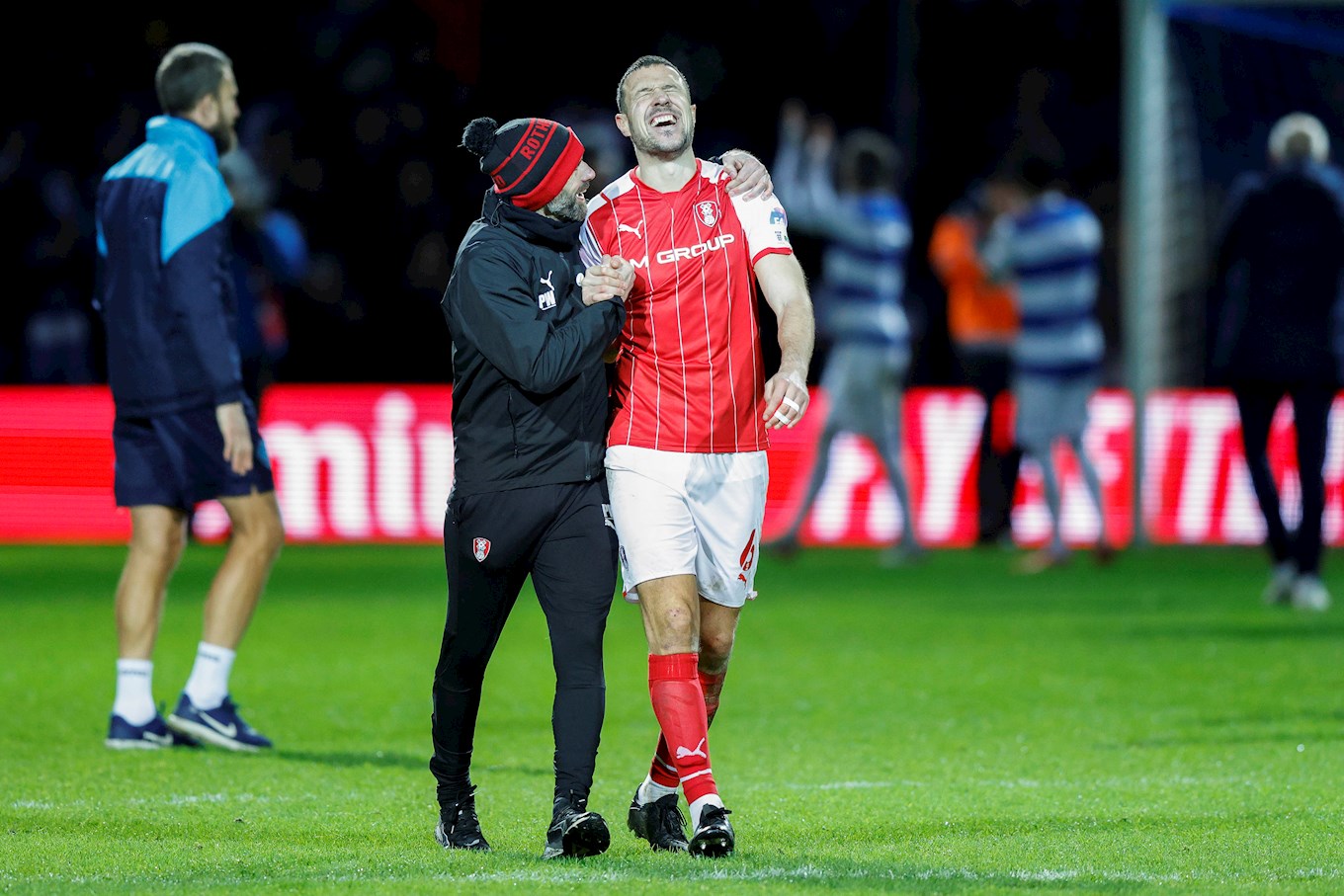 "He said: ‘I asked if you were alright,’ and I replied: ‘yes for ninety minutes!'" - Richard Wood

“We’ve needed that performance, we’ve been picking up points, but a display like Saturday has been needed for while I think. Hopefully we can take that into Saturday against Fleetwood,” Wood explained.

“The lads drew a line under the last time we played them. Someone asked me earlier in the week whether we ‘owed them one,’ but we don’t think of it like that.

“They are different team now with different players and it is a completely new game, our only focus is getting three points.

“There’s a long way to go, we’re only halfway and there’s more twists to come yet. Wigan have loads of  games in hand and can go above us if they win them, so we’re not getting carried away at all.

“It’s nice to be top, of course, but we’ll only stay there if we carry on picking up results and that is our objective.”

Paul Warne’s side will be backed on the Fylde Coast by a sold-out crowd, who will no doubt at some point belt out the captain’s famous song.

Wood admitted that he’s hoping to add to his goal tally, after setting himself a rather ambitious target at the start of the campaign.

“It’ll be nice to play in front of a big crowd. I think it shows that we are doing well and the fans want to come and watch us.

“It definitely gives us a boost when we hear them cheering us on. I just need to score more goals so they can sing my song, I’ve only had one goal this season.

“I was aiming for double figures at the start of the season, but I think I’m going to struggle to reach that now!”