He so often looks like the calmest man for miles around when playing for Rotherham United, so it is no surprise that when speaking to versatile left-sider Shane Ferguson, his interview technique is equally calculated.

The Northern Ireland international has been something of a revelation for the Millers since his summer arrival, providing a steady, but deceptively skilful, balance to the left flank.

Having spent the majority of his career at Sky Bet Championship level, Ferguson’s arrival in South Yorkshire may have raised a few eyebrows from outside the walls of AESSEAL New York Stadium, but the 30-year-old insists it was the club’s desire to make an immediate return that lured him in to signing for Paul Warne’s side. 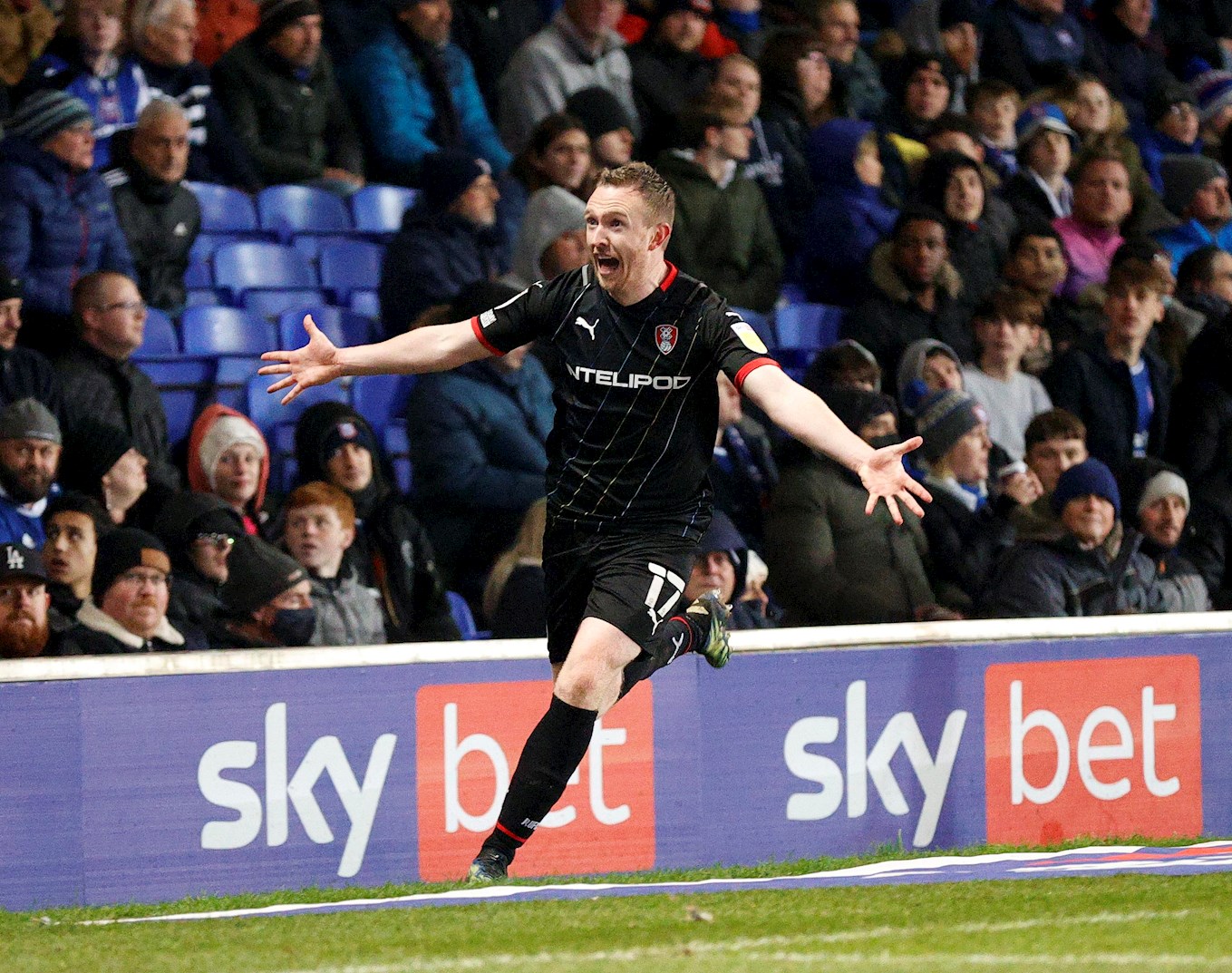 Greatly experienced and wise enough to know that nothing is won in February, Ferguson explained that he has enjoyed everything about being a part of the ‘good human beings’ at Roundwood, who are currently flying high in the third tier and insists that it is important that the Millers don’t take their foot off the gas between now and the end of the 2021/22 campaign.

"Honestly, I've loved it since I've been here. The staff have been brilliant with me and I've been made to feel at home,” the Northern Ireland international admitted.

"I've played regularly as well which has made it even more enjoyable and I just want us to keep it all going now until the end of the season.

"Right from the first day I was made to feel a part of the club. I'm really proud of what we've done so far this season and hopefully we can keep going to end it on a high.”

"Whenever I first spoke to the manager it was what we both wanted. I told him that I want to be playing my football in the Championship and to do that for Rotherham - where I feel so at home - it would be even better.”

With Covid postponements and a Papa John’s Trophy campaign keeping the Millers busy in 2021/22, games have perhaps come even thicker and faster than in a regular season, and whilst Warne enjoys tweaking his pack to keep them fresh, Ferguson has been a common feature in the side, making 34 appearances to date.

Famed for their athleticism the Millers ask a lot of each and every player in terms of physical output and the former Millwall wide man admits that getting into peak condition was something that he highlighted himself as a reason for wanting to join the Millers.

"I've managed to stay fit and obviously what we do in training helps me fitness-wise,” Ferguson continued.

“You see it in the matches that we are really good physically and we can go right until the end.

"I said to the manager when I first signed that I wanted the club to help me with my fitness and playing at wing back you have to be up and down all the time.”

Warne and his fitness department have proved to be experts so far this season in managing the workload of the players, who week-upon-week turn out incredible volumes in training and in games.

With that in mind, it is unsurprising to hear that following Sunday’s South Yorkshire derby triumph, the players have enjoyed some physical and mental respite before returning to training ahead of another big game against Wigan on Friday.

"We've had a couple of days off to recuperate after a big game last weekend. Now we're building up to another.

"We have to keep everyone healthy and hopefully the good run can carry on.

"For where we are in the league, we just want to keep playing well and keep getting points on the board.

"It was a brilliant result [against Wednesday] and the lads really dug deep. They were tough conditions and we knew it was going to be a tough game. 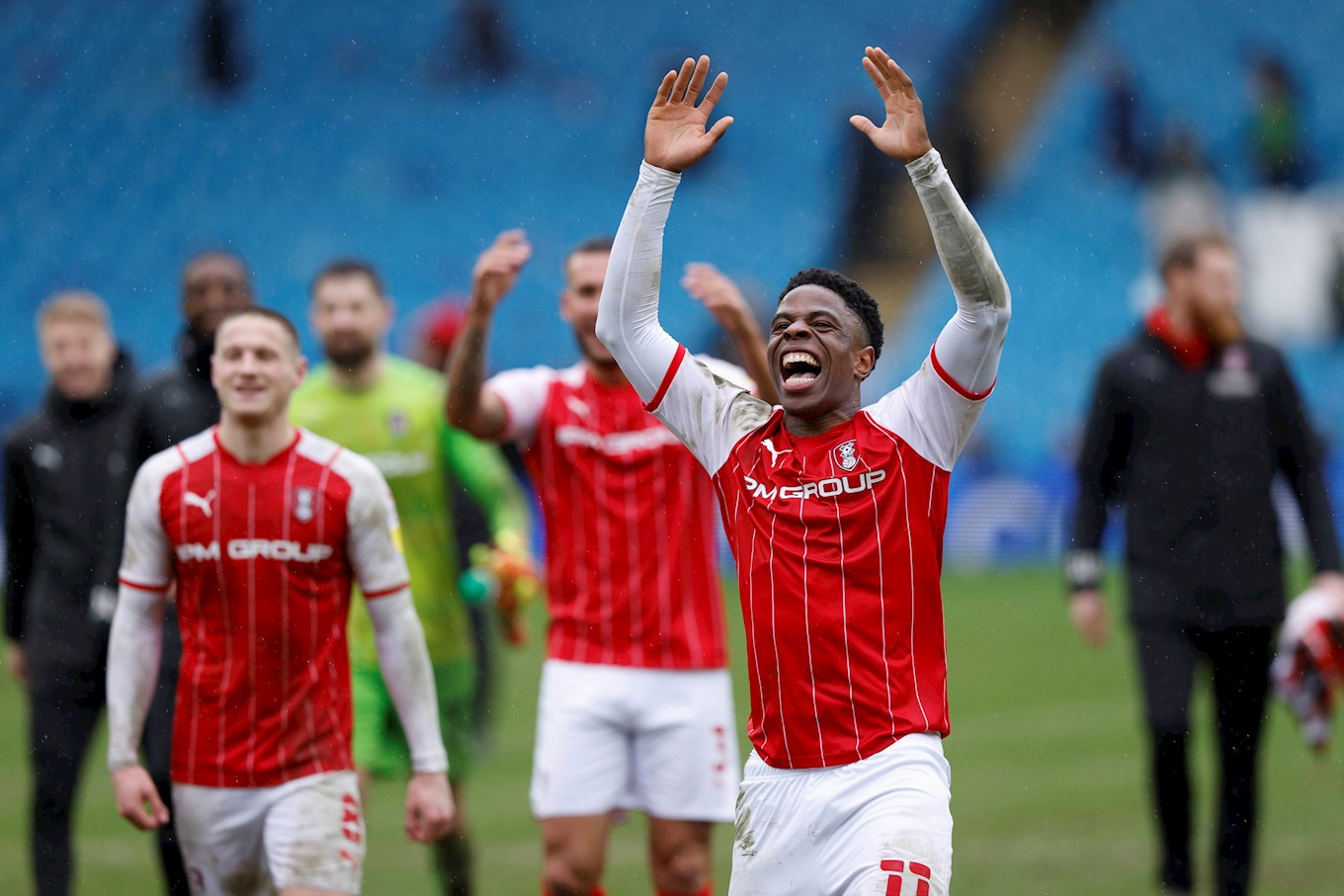 "There was loads of fans and it was a hostile atmosphere but we just dug in there. It wasn't the best first half of our season but we stuck at it and we just waited for that moment, and thankfully, when it came Freddie took it for us.”

Top meets second in Sky Bet League One on Friday as the Latics arrive in South Yorkshire in a fixture which will be played out in front of a sell-out crowd at AESSEAL New York Stadium.

When quizzed on the importance of the game, Ferguson admitted that the players know the significance, but also realise it won’t be the end of the road if his side can’t put a ‘W’ on the board.

"The boys are all looking forward to it,” he added.

"The game against Wigan is another massive one. It's sold out already and it will be a good game between two really good sides in a good atmosphere.

"We know the outcome of this game won't make or break our season, but we've got a lot of confidence at the minute."

"We have to keep this good form that we're in at the minute.”

The Derry-born operater concluded by crediting the entire team for the club’s near-on impeccable defensive displays this season, joking that he would happily put his name forward as a key contributor to what has proven the meanest in history after 15 league away games.

"I'm happy to claim I'm a part of the defensive record, but everyone contributes to it,” Ferguson explained.

“Right from the front we defend and without the strikers at the top end of the pitch, we wouldn't keep the clean sheets at the other.

"Everyone is working together, which is great to see and whenever we get a clean sheet, everyone is buzzing, not just the 'keepers and the defenders."