As part of Youth Development Week which kicks off today (Monday 7th February 2022), Rotherham United are joining clubs from around the EFL in celebrating the achievements of their respective Academy staff and players.

Here at Rotherham United, we aim for our youth setup to offer the next generation more than just a step on the first rung of the footballing ladder by providing education alongside coaching, offering unique opportunities to gain life experiences which the youngsters may not have the opportunity to sample, whilst also offering pastoral support around topics including mental health and emotional well-being.

Of course, we are not naïve to the fact that the priority for these youngsters is to have the best possible chance of making it as professional footballers, but we do firmly believe that our responsibility to these players extends well beyond those realms.

With all of that said, there has been plenty to be proud of in the Lead Professional Development Phase age group – overseen by Rob Poulter and aided by the coaching of John Williams – the headlines from which include more professional debuts, international call-ups and reaching the Third Round of the FA Youth Cup.

The club have enjoyed a prosperous Papa John’s Trophy campaign in 2021/22 and are set to play a semi-final clash against Hartlepool United live on Sky Sports in March, but alongside the first team’s success, it also yielded the opportunity for three Academy players to make their senior debuts. 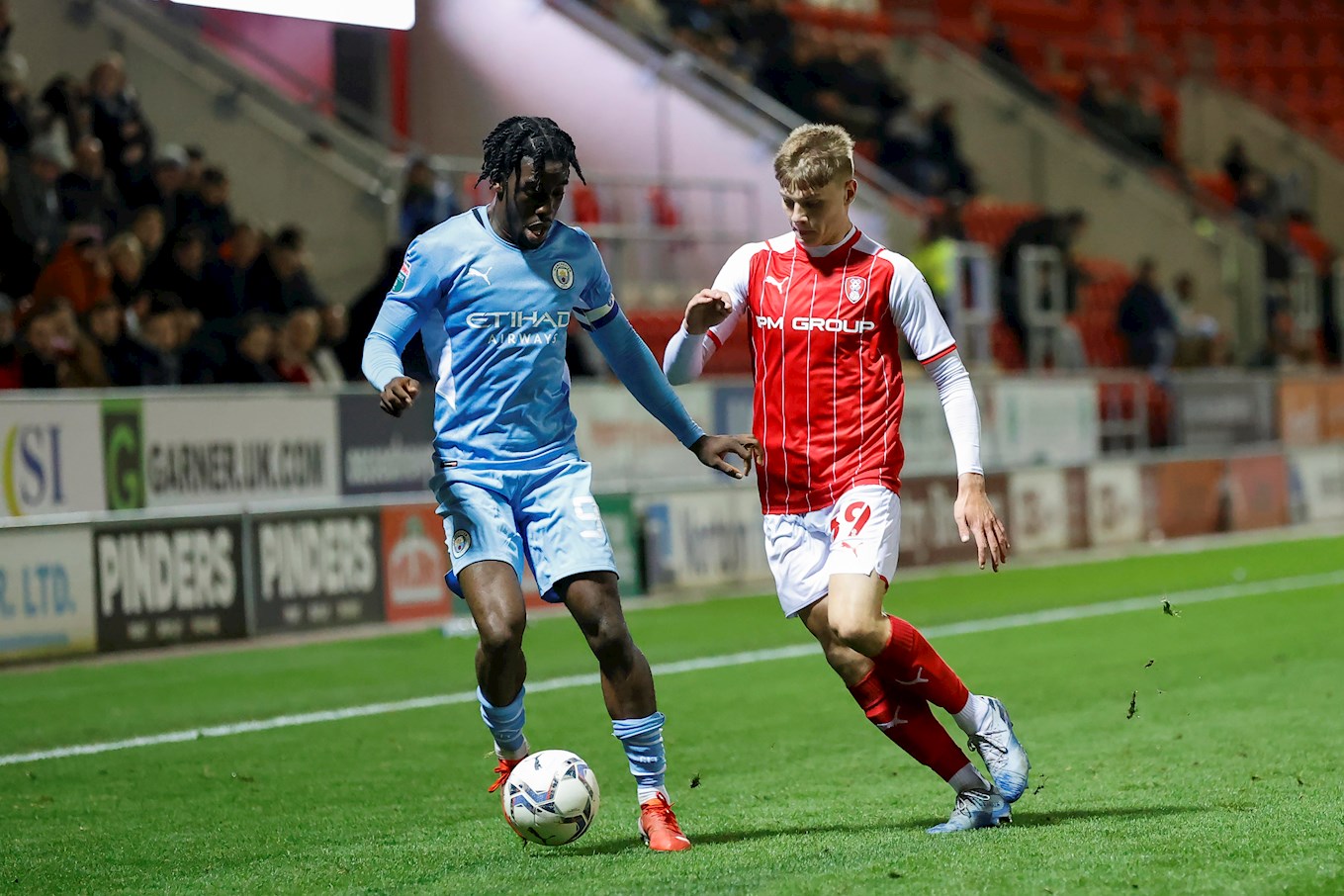 Senior debuts: McGuckin and Warne both made their senior bows in the Papa John's Trophy clash with Manchester City U21s at AESSEAL New York Stadium

Paul Warne’s side aren’t the only Millers side to have relished the cups this year though, with the U18 reaching the Third Round of the FA Youth Cup in which they came so close to upsetting the odds against West Brom at The Hawthorns.

The challenges of Boldmere St. Michaels and Doncaster Rovers were both successfully seen off in the earlier rounds as the youngsters tasted football at AESSEAL New York Stadium and the Eco Power Stadium, before a tightly-contested affair against the Baggies needed an injury-time intervention from the hosts to deny the Millers extra-time. 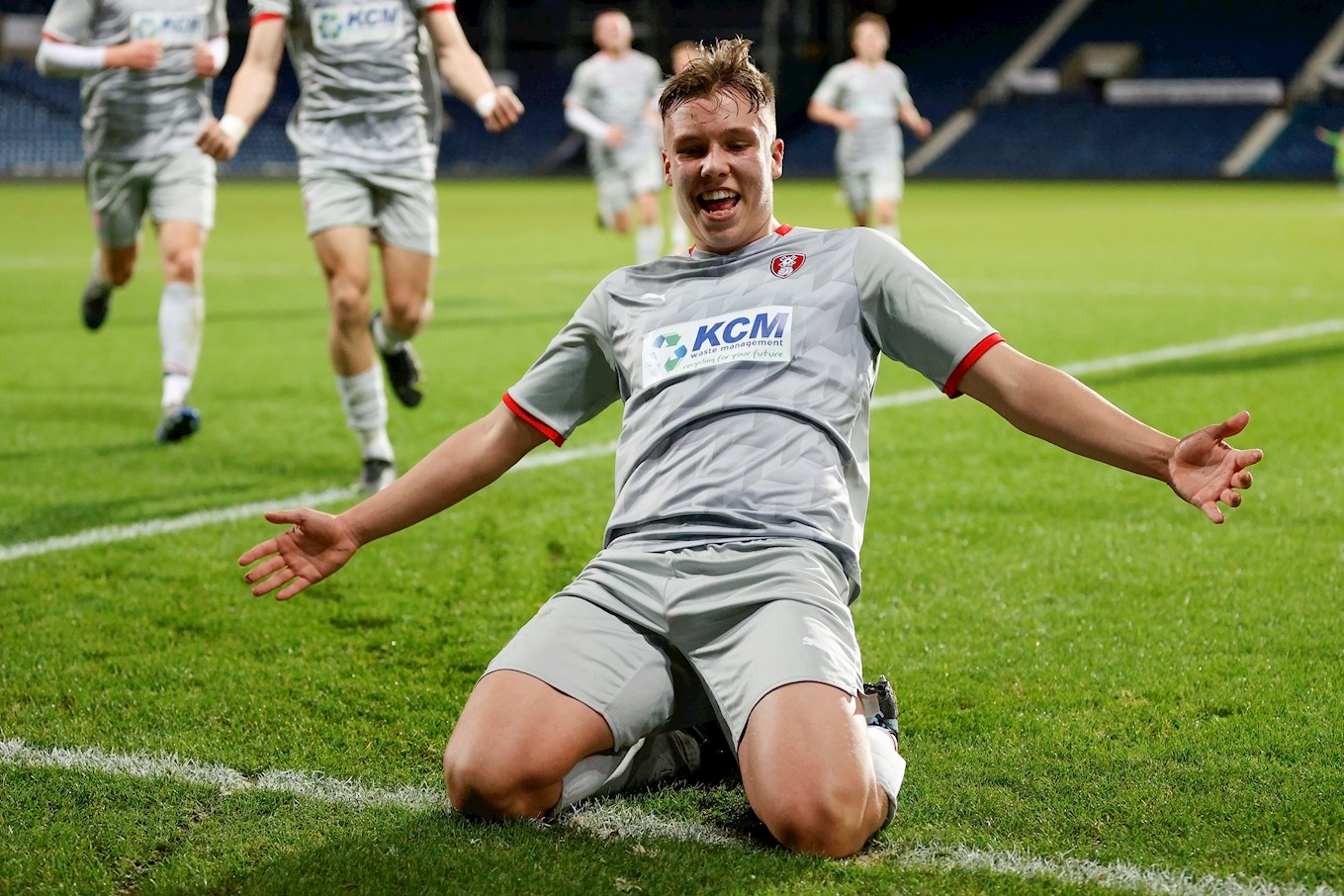 Cup delight: Billy Carroll was on-target for the Millers in a hard-fought Third Round tie at The Hawthorns in the FA Youth Cup

Meanwhile, McGuckin – who has been a Northern Ireland regular throughout his time with the Academy – has continued to impress in the international ranks, featuring in further recent fixtures for his country.

Speaking ahead of Youth Development Week, Academy Manager Richard Hairyes reflected with pride on another great year for his youth set up.

“We believe in the importance of developing players both on and off the pitch and 2021/22 has been a great year in both aspects so far."

“There have been plenty of highlights, as I believe have been detailed, but it has been great to open the players’ eyes to the different challenges that day-to-day life brings us as well. We have been able to offer various life skills courses including sessions on; financial planning, internet safety, equality and diversity and overcoming adversity.

“Beyond that, we have provided support and education surrounding mental health and emotional well-being support because we think it is important for players to be ready to experience the challenges that they may encounter away from the football club as well as with us.

“On the pitch and in training we encourage safe and friendly learning environments for the players where they can thrive in this exceptionally tough industry.

“Everything we do fits in with the culture here, in that, we want to not only produce good footballers, but good people too.”

It has also been a successful time for the younger groups, with Lead Youth Development Phase Coach Stuart Swift sharing the positive moments of the last 12 months:

“From a coaching point of view we’ve been working closely with the FA for our Chaining Project, this helps with our communication to challenge players across the four corners in training and games.

“This has been incredibly beneficial and we will be linking with other clubs in terms of games programmes and matches to incorporate this further.

“We’ve really tried to drive our holistic development of the players. We’ve been playing extra games, with U16s and had them mixing with the U18s which has been great.

“In addition to this we’ve been working really hard on our Life Skills programme, which touches on mental health, education and everything off the pitch that can help on it, which is something that is incredibly important to us here at Rotherham United.

“The passion from the staff has been second to none, the support from Rob, Richard and John from higher up has been excellent as well and we’re all in it together to help give our players the best chance.

“In the last few weeks we’ve been joined by Richie Barker who has given up his time to try and create a strong link between the First Team and the Academy, which we’re all really keen to do.” 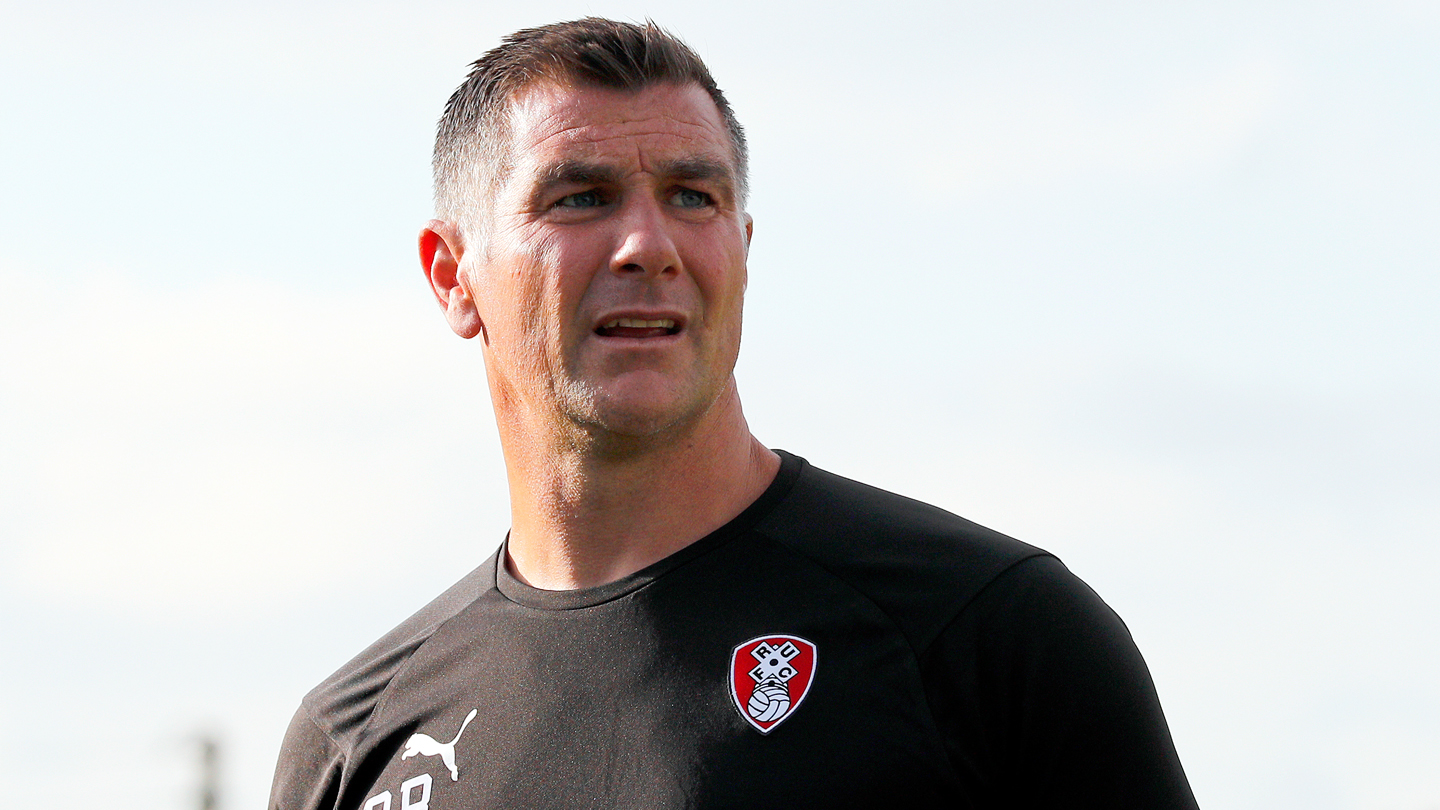 “There’s been a big push on having more diversity in our games programme, incorporating Futsal and Cage Football into what we’re currently doing with the U9s, 10s and 11s. 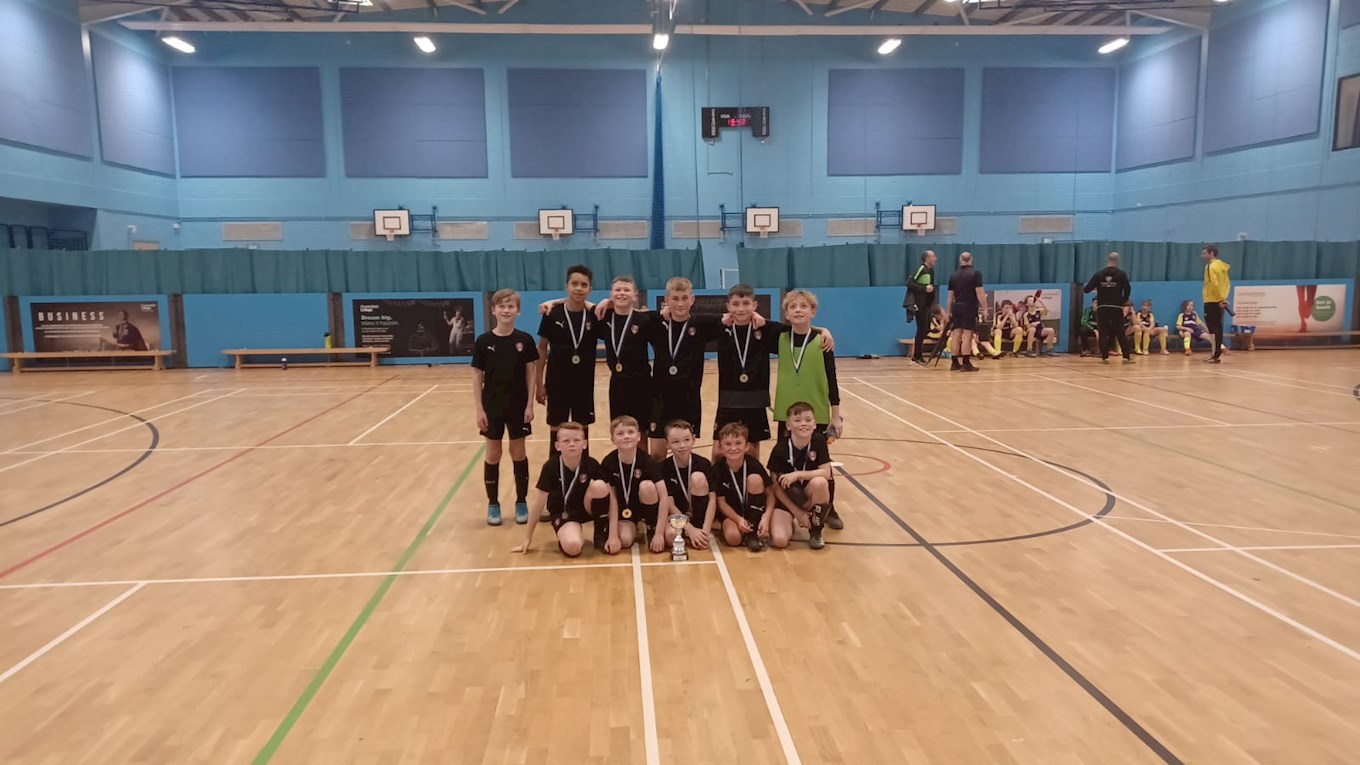 “Our U9s and 10s team recently won the Chesterfield Futsal League Cup, which we are extremely delighted with and showcases the fantastic progress that they are making. 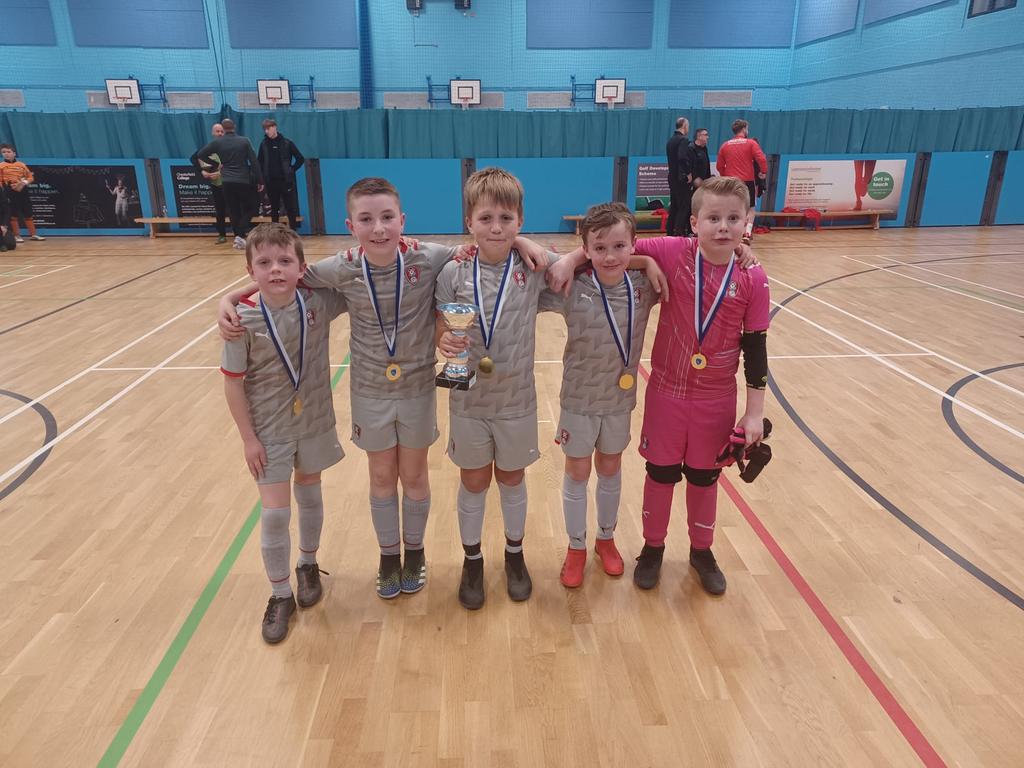 Futsal success! The U9s and U10s lifted the winners' trophy in the Chesterfield Futsal League Cup

“Our Under 8s have also had an extremely busy schedule, recently taking in games against the likes of Newcastle United and Manchester City, which will have been another fantastic experience for them.

“Our younger age groups were given the exciting opportunity of flag bearing at AESSEAL New York Stadium for a recent First Team fixture and also took part in the half time lap of honour, which saw them applauded by supporters.

“All in all, we’re extremely pleased with the progress we continue to make and I can thank everyone enough for all their hard work.”

📽️ | We caught up with Academy Manager Richard Hairyes who spoke about the success of the @AcademyRUFC setup, including Ben Wiles' 100th league start and Joshua Kayode's first @EFL goal for the club. #RaisedInTheEFL#rufc | #ForeverTogetherForeverProud pic.twitter.com/2sc8AETJPR