Whatever the outcome of the season, one of the moments of 2021/22 will undoubtedly be the 79th minute in the fixture at AFC Wimbledon.

Most Millers fans will understand the significance of that, but for those who don’t, it was the exact moment in which Angus MacDonald returned to the first team fold after a long absence from the team.

Promotion – if sealed – of course would be euphoric. A potential league title, monumental. But those who were there chanting the 29-year-old defender’s name as he took to the pitch, are likely to regard that moment as fondly as anything that Paul Warne’s side may or may not achieve this year.

Angus’ absence has been kept private and will remain that way, but there is nobody of a Rotherham United persuasion who would need to think too far on to understand what he’s been through and how far he has come. 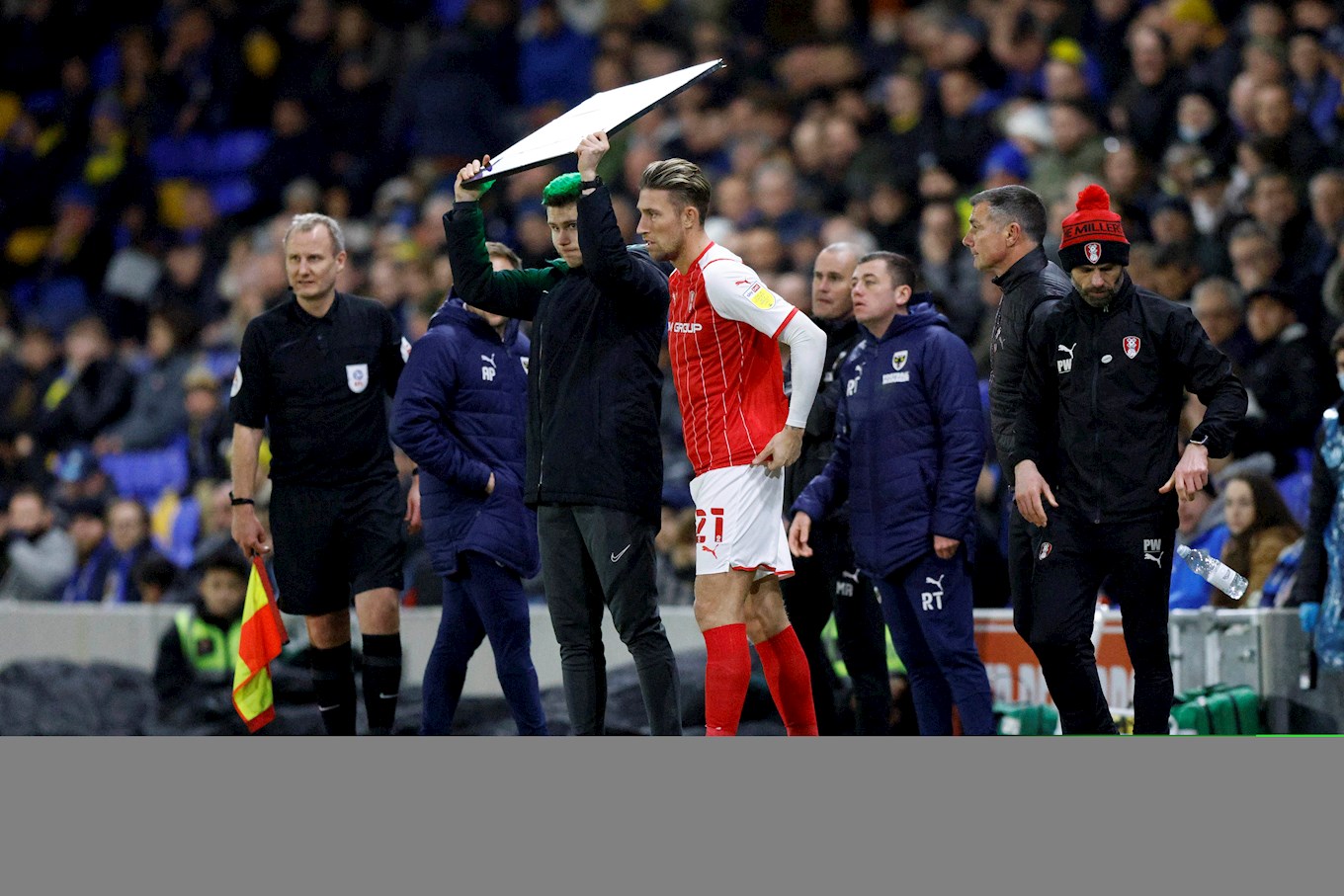 MacDonald himself though has a real focus about him and having been a key component in the 2020/21 campaign is keen to play his part as the Millers look for an immediate Championship return, but admits that he knows he will need to be patient to break into one of the meanest defences in English football at present.

"I think if I look back it has been a good few years since I've had my name chanted!

“Even when I was at Hull we were playing without any fans and last season, we played with no fans at all. It was a weird feeling, but when they were singing about what would happen if I scored I did have a little chuckle to myself,” Angus beamed.

"I think if I had managed to blast one in I would have been deep in Row 4 or something!

"It was nice to get 10 minutes at the end and help the boys out in a tough game.

"Things have definitely looked up for me in the last month and I've managed to get up around the squad a bit more. Hopefully there's more game time to come.”

Understandably, much has been made of Warne’s side’s defensive resilience, which recently saw them break the record for the meanest defence on the road after 15 league games in history – pipping Don Revie’s Leeds United side of the 1970s.

Tough then, therefore, for a defender like MacDonald looking to break into a backline who regularly shutout the opposition with great success.

The former Barnsley operator though is under no illusions that he will have to bide his time for an opportunity and is keen to seize it when it does, as the games continued to come thick and fast.

"The difficult thing is that I'm trying to get back into a team that is doing so well,” he admitted.

“I haven't walked into a team that is at the bottom end of the table and is conceding goals. We're at the top and as I talk to you now, we hadn't conceded for six games or whatever it was.

"I can't complain too much because I'm probably stuck behind one of the best defences in the league. I saw a stat last night that said we were something like in the top three in the country, so I can't sit around and moan."

"It's a tough ask trying to get in the side, but I'll stick to it and hopefully I can help the team out as and when is needed.

"The games coming thick and fast and the manager's tendency to freshen the side up will hopefully suit me, and if I get my chance I can take it and get some more minutes on the pitch."

The iFollow Millers cameras and our media team are only able to shine a light on parts of the excellent work that goes on behind-the-scenes at Rotherham United, with plenty going on away from the public eye – which sometimes goes without recognition.

Having spoken with members of our medical and performance staff, MacDonald’s application to his rehab and getting up to Paul Warne ‘speed’ is certainly one of those things that has slipped the net.

His long road to recovery has consisted of countless hours in the gym, pool and fitness classes to get him back into elite level shape and the central defender conceded that whilst it has been hard, he is close to where he needs to be with the exception of match minutes.

"It hasn't been easy at all. A lot of hours and a lot of hard sessions have gone in, even away from the training ground,” MacDonald revealed.

“There have been dark moments but it is good to finally be fit enough and well enough to be back around it."

"I think it's up there with the fittest I've been in my career, along with obviously when I was playing last year.

"That's the only thing that's missing for me now, game time, to become match fit.

"I'm fit, I'm ready but you can do as much straight-line running as you need but you can't put that into a game.

"The reason that I came here was around the work that they do off the pitch, how much the staff do behind the scenes and last season was a real kick in the teeth for everyone because we didn't feel like we deserved to be relegated.”

MacDonald featured in 39 of the Millers’ Sky Bet Championship games last term and therefore, felt the suffering of the club’s final relegation as much as anyone at Roundwood.

Having played large parts of his career at second tier level anyway, the former Hull defender is keen to atone for last season’s relegation with an immediate return, something he feels is well-within the club’s sights at present.

"Having played most of the season, you possibly feel it even more than some that were in and out of the team,” MacDonald admitted.

"We just couldn't quite take our chances in some of the games that might have made the difference.

"This season the boys have stuck right at the task and have been fantastic. It is just about keeping our heads and staying level-headed and putting it into the next 13 cup finals or whatever it is.

"Hopefully it won't take all 13, but if it does, the lads are right up for the job in-hand.”