Everyone at Rotherham United has been deeply saddened to learn of the passing of our former player and League Cup finalist, Roy Lambert, who died aged 88 on Saturday.

Roy’s passing means another of the Millers legends from the first-ever League Cup Final in 1961, has left us following closely on the recent death of teammate Lol Morgan.

It is most likely that Roy had a unique start to his Rotherham United career and it is probably unmatched by any other Millers player - in his first three appearances his immediate opponent was an international player!

His Rotherham debut in 1957 saw him facing Nottingham Forest’s Eddie Baily, previously capped by England, and his next two games saw him directly up against England international Johnny Haynes for Fulham and Wales international great Ivor Allchurch for Swansea. 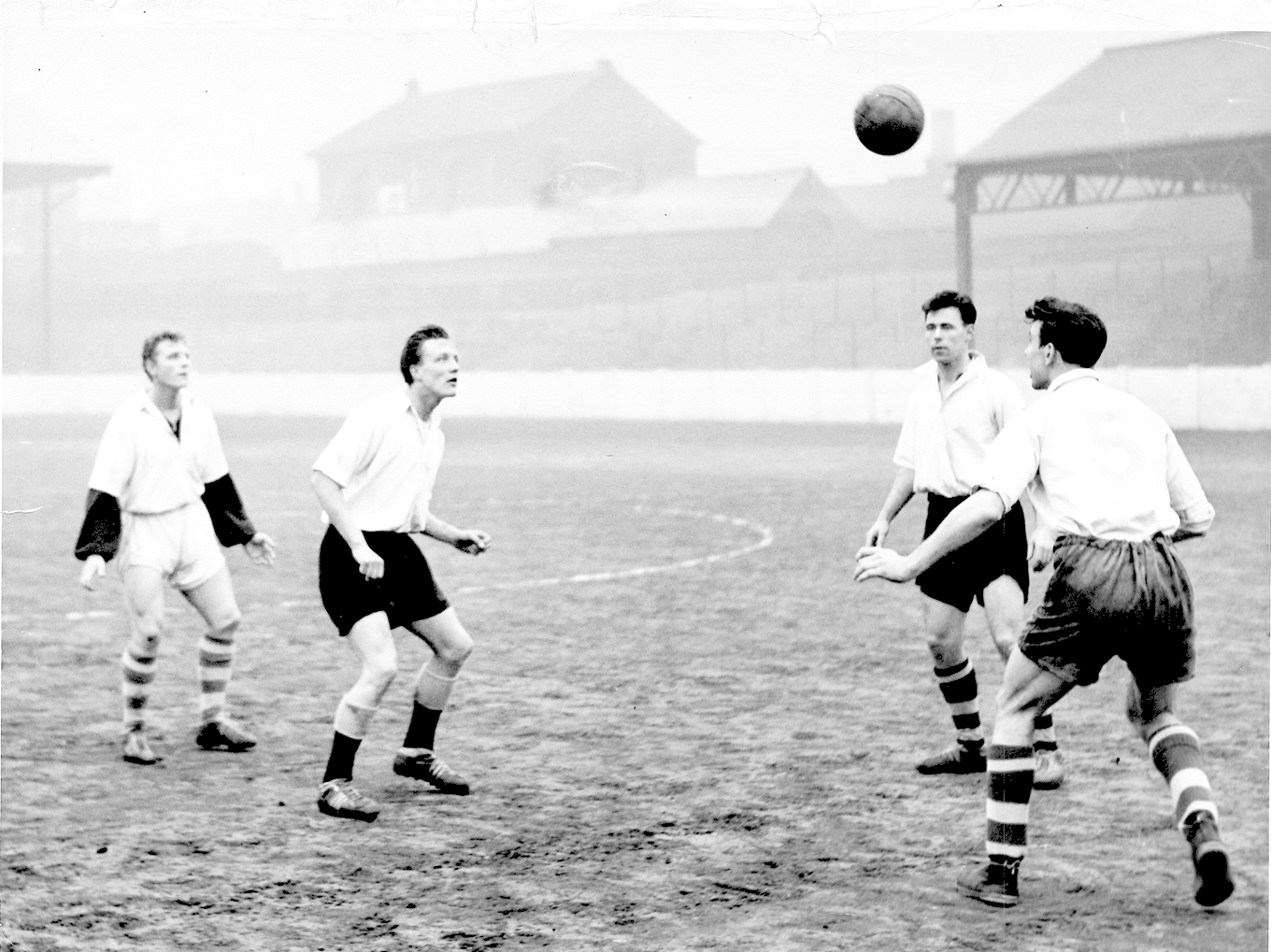 Up for the Cup: Roy is pictured alongside Millers teammates training on the pitch at Millmoor ahead of an FA Cup meeting with Aston Villa in January 1959

Older fans will see the No 4 when they think of Roy. He was the archetypal right half, a player renowned for his 100 per cent effort and commitment, a team man and a player who loved a tackle and didn’t shirk one.

In all, he made 346 appearances for the Millers in a career spanning eight years in which he was regular first choice at right half. He only scored a handful of goals, the best of which was a memorable 30 yard strike to beat Sunderland 1-0 at Millmoor.

Roy, who was 88, was captain at times including during the run to the 1961 League Cup Final and he played in all eight ties with Rotherham eventually beaten over two legs by Aston Villa in the final. 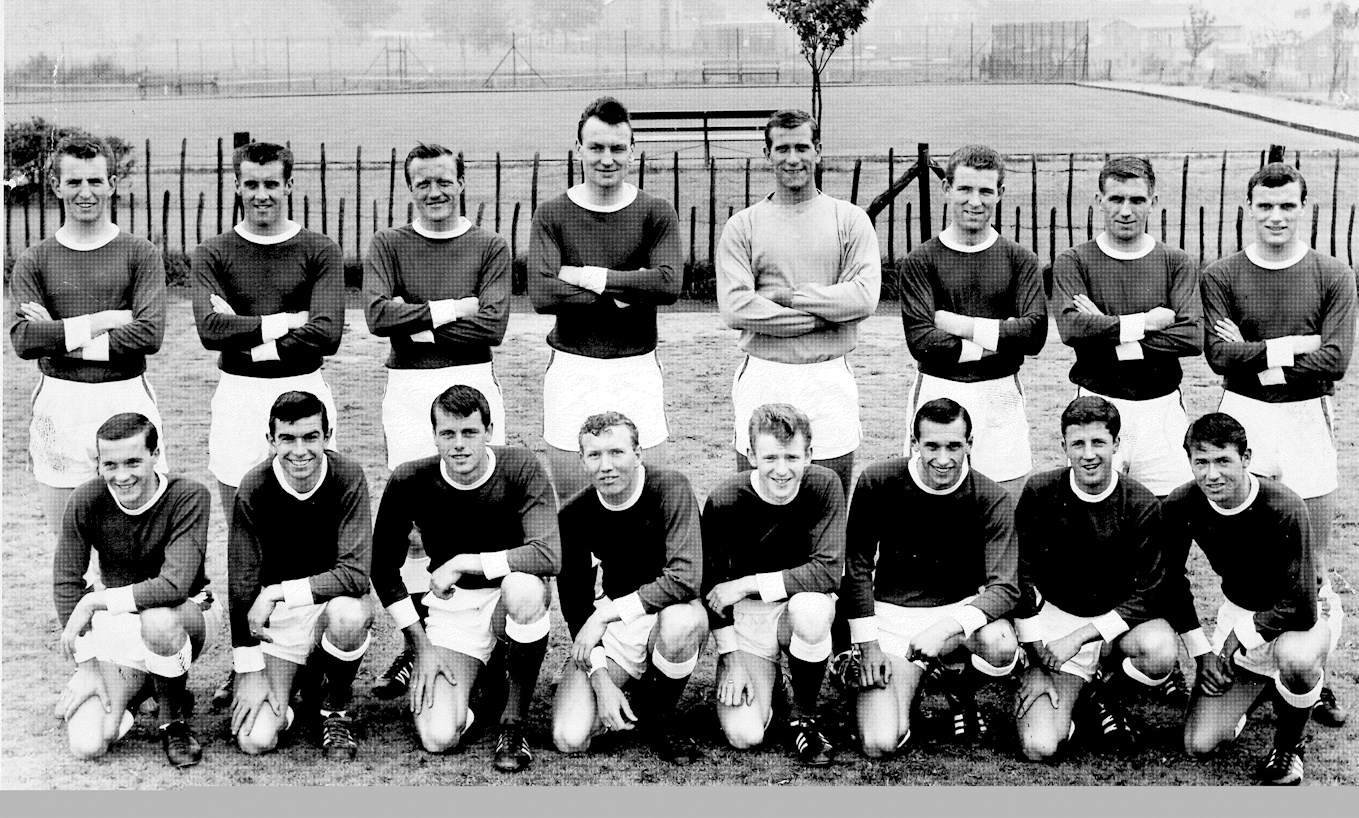 Halcyon days: Roy is pictured third from left on the back row alongside some Millers greats during the 1965/66 campaign

Born in Hoyland, after leaving school in High Green he worked as a miner at Barley Hall Colliery at Thorncliffe and it was linked to Thorncliffe Welfare who Roy played for as a teenager.

The day after scoring for Thorncliffe when beating Rawmarsh Welfare in the Wharncliffe Charity Cup Final, Roy joined Rotherham United as a part-time professional but after just one reserve team game he was called up for National Service in the Army.

Posted to Egypt, he played for the British Army and after his ‘demob’ in July 1956, he returned to Millmoor and became a full-time professional.

In January 1957, a week after scoring for the Reserves against Forest Reserves, he was back at the City Ground for his first team debut there and the first of those three early meetings with international capped opponents, each of them playing inside left.

He soon established himself in the side and made the No 4 shirt his own although he did fill in on the odd occasion at right back, left half and solitary appearances at centre half and left back.

His final game was in April 1965 whereupon he joined Barnsley but after only a few appearances, broke a bone in his back in a training session and that was to finish his playing career.

A year later his old Millers manager Tom Johnston invited him to be Youth Team Coach at Huddersfield Town and subsequent manager Ian Greaves later made him the club’s Chief Scout. He later scouted for Greaves at Bolton Wanderers including watching future opponents and scouted also for ex-Miller Frank Casper at Burnley.

Roy, who worked at Gerrard Industries at Kilnhurst after leaving football, lived at Swinton and was always a keen follower of his old club and years ago was a regular attender at the supporters’ Nostalgia Society meetings.

Everyone at Rotherham United would like to extend their sympathy to Roy’s family and our condolences to all his family and friends.