It’s fair to say that everyone in the Millers squad will not need reminding of the importance of tomorrow’s lunchtime showdown in Kent, but local lad Ben Wiles he has lived and breathed it.

The Academy graduate, famously residing from Rawmarsh, has been with the Millers since he was eight-years-old and came all the way through the youth ranks to break into the first team.

In a campaign where he has already netted a career-best total of 10 goals in all competitions, as well as a Wembley stunner, the midfielder is now hoping to cap off a memorable campaign with the win that would guarantee his hometown club an instant return to the Sky Bet Championship.

“It’s a massive game and everyone knows what is at stake,” Wiles told www.themillers.co.uk.

“Especially for me, as a local lad, I know what this means to the people of the town and all the fans travelling down. We need them to get behind us and stay positive, because that will rub off on us as well, we want to make them proud.

“We want to produce a performance that will get us over the line. To get that promotion would be amazing, especially after coming down last year, to come back and go up automatically would be fantastic."

“We’ve shown a lot of teams what we’re about this year. We’re not just an ugly team who relies on set pieces, we’ve got many other attributes to our game.” 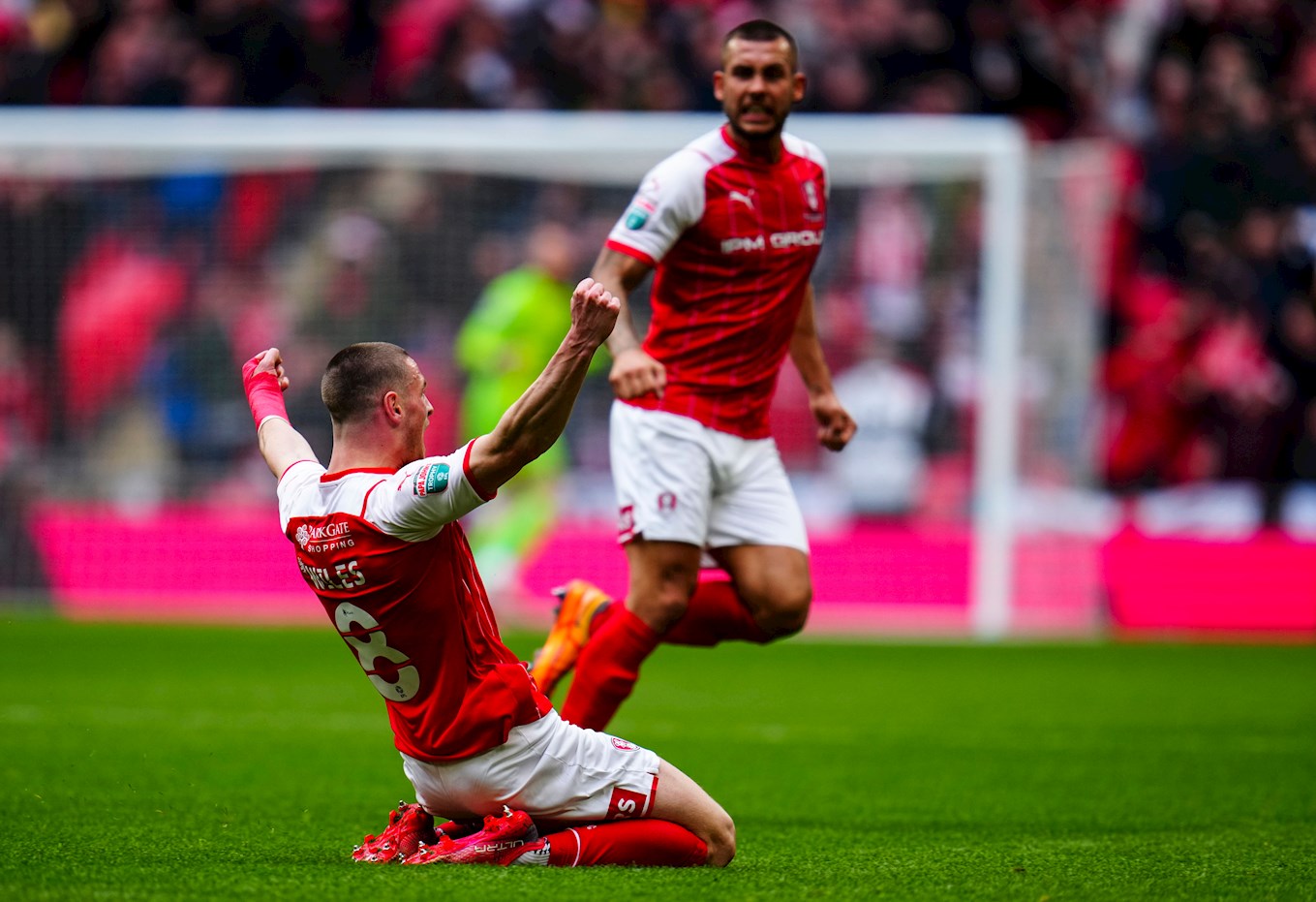 Paul Warne’s side face a Gillingham team who are desperate for points themselves, as they look to avoid relegation to Sky Bet League Two.

The Gills are level on points with Fleetwood Town, but are the wrong side of the dotted line due to their vastly inferior goal difference.

The Millers know that victory would guarantee promotion, but they will still go up if they match MK Dons’ result at Play-off chasing Plymouth Argyle.

Wiles was under no illusions of the scale of the challenge facing the team, but insists that the only focus will be on what they can control.

“As a team, we’ve proven that we can handle the big occasions. The first 15 minutes will be crucial, we need to set our stall out,” Wiles reaffirmed.

“There’s going to be pressure, we’ll be able to feel it in the atmosphere, but once the game kicks off, it is just another game of football and if we can play at our best, we’re capable of beating anyone.

“Because of the occasion, these games don’t go unremembered and there’s a chance for someone to make themselves a hero for years to come."

“I have full faith in the lads and I know we have enough to get over the line, we just need to produce a performance on the pitch.

“It’s going to be a very tough game, they have something to play for as well. There’s pressure on them too, which should make it an end to end game.

“We know it is going to be a difficult place to go and win, but we can only focus on what we can do.

“The main focus is on getting the result we want.”

“I’m buzzing for the game, regardless of what happens, I’ve enjoyed this season so much. This year has been special, especially coming out covid and bouncing back after relegation, it’s been a fantastic season and we want to cap it off with promotion.”