Last weekend's game against Oxford United marked the end of the Rotherham United chapter of our Performance and Medicine Manager Ross Burbeary’s book as he leaves the club following a transformational five years in the way the club operates behind-the-scenes.

Having arrived in February 2017 on the back of a spell with Nottingham Forest, his early experiences were of a training complex at Roundwood which is a shadow of the facility that the club boasts now and with a team that were very much ‘in transition’ as current boss Paul Warne led them as caretaker manager.

Since that time, the name Rotherham United has been mentioned in the same footballing circles as Bayern Munich, Barcelona and Leeds United when talking about top sprint distances in Europe, whilst recent squads have been highly-commended for their fitness levels in the respective divisions in which they have competed.

There is absolutely no question that the fitness and medical provision offered by the Millers is the envy of many clubs around the EFL and with Ross playing a pivotal part in that revolution over the last five years, he leaves with fond memories and plenty to be proud of.

"From what I recollect, I always had it in my mind that we'd be looking at a three-year plan,” he said.

"I look back now and think that was perhaps quite ambitious but we've had a lot of success in that time.

"I came here in February 2017 having proven myself to the manager as a fitness coach being given the role as Head of Performance for the start of the first League One campaign. 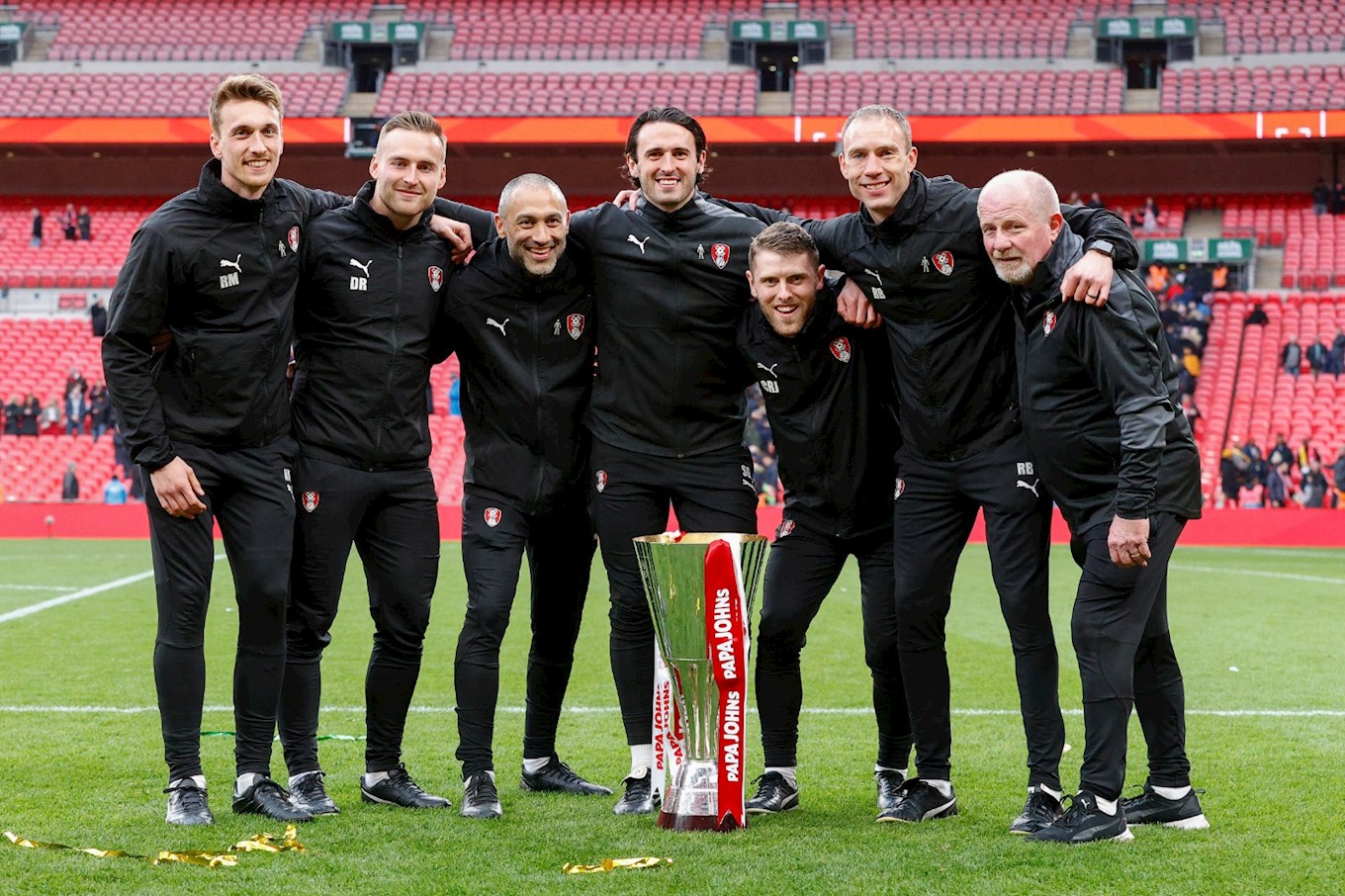 "It was a transitional period. We'd just had the new training ground built, which had kicked us on from the days of the old Portakabins and we'd had a revamp with both facilities and staff - with me having the opportunity to build a department with the staff that I wanted."

"It had to be strategic and that was the big thing for me. I had to try and work out the pace at which the club was able to move to meet what we wanted to achieve.

"The first year was an amazing year because we rung the changes on the medical and fitness front and we managed to get a League One promotion out of it.

"Ever since we've been adding to it and increasing the staff and adding to the equipment, resources and infrastructure.”

So much of what we attribute our success to here at Rotherham United is down to people.

The Chairman sets the culture, the manager drives that culture and everyone from top to bottom buys into it.

It is no surprise then, that even in the modern era of sports science being what it is, that Ross believes that it has been the people who have worked for the Millers who have ensured the continued progression of the club.

"It was a very gradual and progressive process. I think at the stage we're at now, we are light years ahead of where we were and that is because of the people.

"The people we have here are fantastic and I know that the Gaffer always says that he wants good people at the club, but I can't reiterate enough how much that is the case.

"Gilps, who is our Head of Medical, has been fantastic. We've had brilliant people along the journey from Matt Lowndes to Adam Pulford and more recently Cal Ryan-Jones, Ryan McMahon and Dom Rae. Everyone has played a massive part, even if that sometimes goes unnoticed outside of the four walls of the training ground.

"The culture at the club is clear and it is driven by the Gaffer. I think when you walk into the training ground and the first thing that you see is the sign that says 'leave your egos here', you know that you need to be humble." 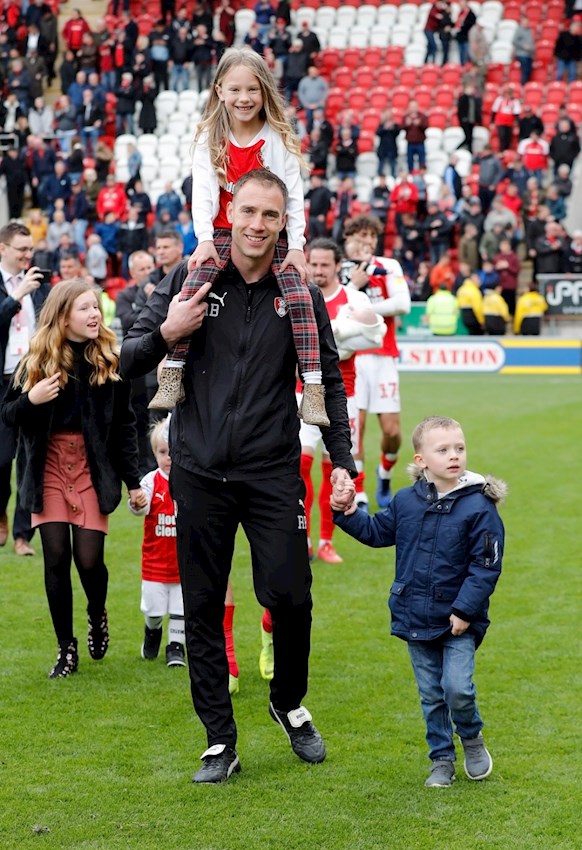 "You have to try and find a way of being an effective member of staff but also someone who fits into the bigger picture. When Carole, who is our cook, can't be in the building for whatever reason, I have no problem in sticking an apron on and sorting the food out for the lads.”

As the department lead and the man responsible for overseeing the ongoing development of the medical department and everyone within it, Sheffield-born Ross has also placed enormous emphasis on coming to work with a smile.

Of course, the enjoyment of a job must come with productivity and few would argue that the Millers have had that in abundance with current and former players alike complimenting the department for their roles in their respective journeys.

"At risk of sounding a bit emotional, I like to think I pride myself as a person on ensuring that anyone whose life I touch - whether it is working with players, staff or people outside the football club - I help them to achieve more than what they think they can in whatever that looks like.

"If that means running more or sprinting more in a game of football that is something we can do with a really good, sound programme.”

Having been recruited in the early part of Paul Warne’s managerial career, in a move which the current boss effectively replaced himself with Ross as the fitness coach, the relationship was formed and has blossomed.

Speaking ahead of his final fixture for the Millers, Ross heaped praise on a man he claims is as devoted to his work as anyone he has met in his many years in the game.

"If it wasn't for the manager and his staff, I wouldn't be allowed to be the person that I am. The manager shows me complete and utter trust, respect and confidence."

"I suppose that has to be earned and I hope I have done that. I want to thank him for the opportunity.

"I don't think that I have ever met a man as deeply-connected and emotionally tied to a football club in all my experience in the game over the last 15 years.

"He really has such a love and affinity to Rotherham United and it is clear to see that he takes that into work every day and it translates throughout the group.

"The manager idolises the club and to see someone have that much passion for their job and the work that he does it is definitely contagious. There is no wonder why the staff are as good as they are here when you have a leader as invested as that."

Everyone at Rotherham United would like to wholeheartedly thank Ross for his 100% approach to every single day and wish him all the best as he moves on to pastures new.