The complete guide ahead of the Papa Johns Trophy Final with Sutton United at Wembley Stadium on Sunday 3rd April 2022...

The Red and White Shop is open until 1pm on Saturday, which will be the last chance for Millers fans to get their hands on items ahead of the big day, including supporters who have items for collection.

Representatives from our Official Club Shop will also be on hand at Tesco Extra Supermarket on Drummond Street selling Millers merch, which will be cash only.

The schedule will be as follows: 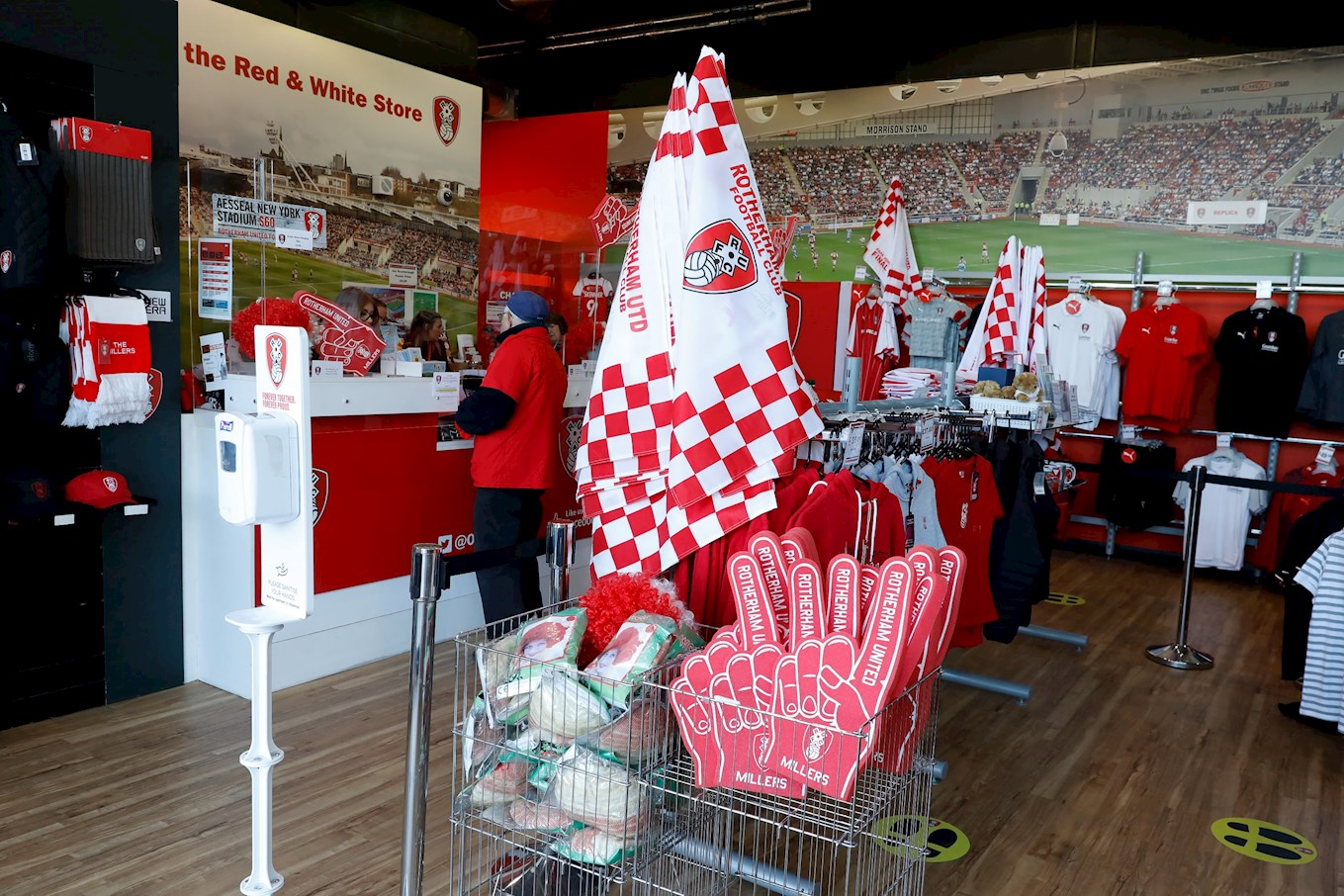 Can I still get my ticket?

Yes, tickets are on sale with SEE tickets until 7am on Sunday 3rd April. Tickets will not be available in person at Rotherham United’s ticket office and will be available online at SEE Tickets on the following link: https://www.seetickets.com/event/papa-johns-trophy-final/wembley-stadium/2292774

How do I collect my tickets now?

Any supporters who are purchasing tickets now, will need to collect them from Wembley Stadium on the day of the game (Sunday 3rd April) from the West Ticket Office.

Will I be able to buy a ticket on the day at Wembley?

There will be no sales on the day from Wembley Stadium for either sets of supporters.

Tickets will go off sale from SeeTickets at 7am on Sunday 3rd April 2022.

Our official coach travel provided by Wilfreda Beehive will depart from AESSEAL New York Stadium at 8am prompt on Sunday 3rd April 2022.

Supporters are advised to arrive in plenty of time to help ensure that everyone is seated and ready to depart for 8am.

Coaches will be lined up in front of the stadium and each one will be numbered.

The coach number you have been assigned is detailed on your booking confirmation and you will need to sit in the seats allocated to you.

The North Stand car park is available for parking on a first-come-first-served basis.

The car park is only available to supporters travelling with our official coach travel. 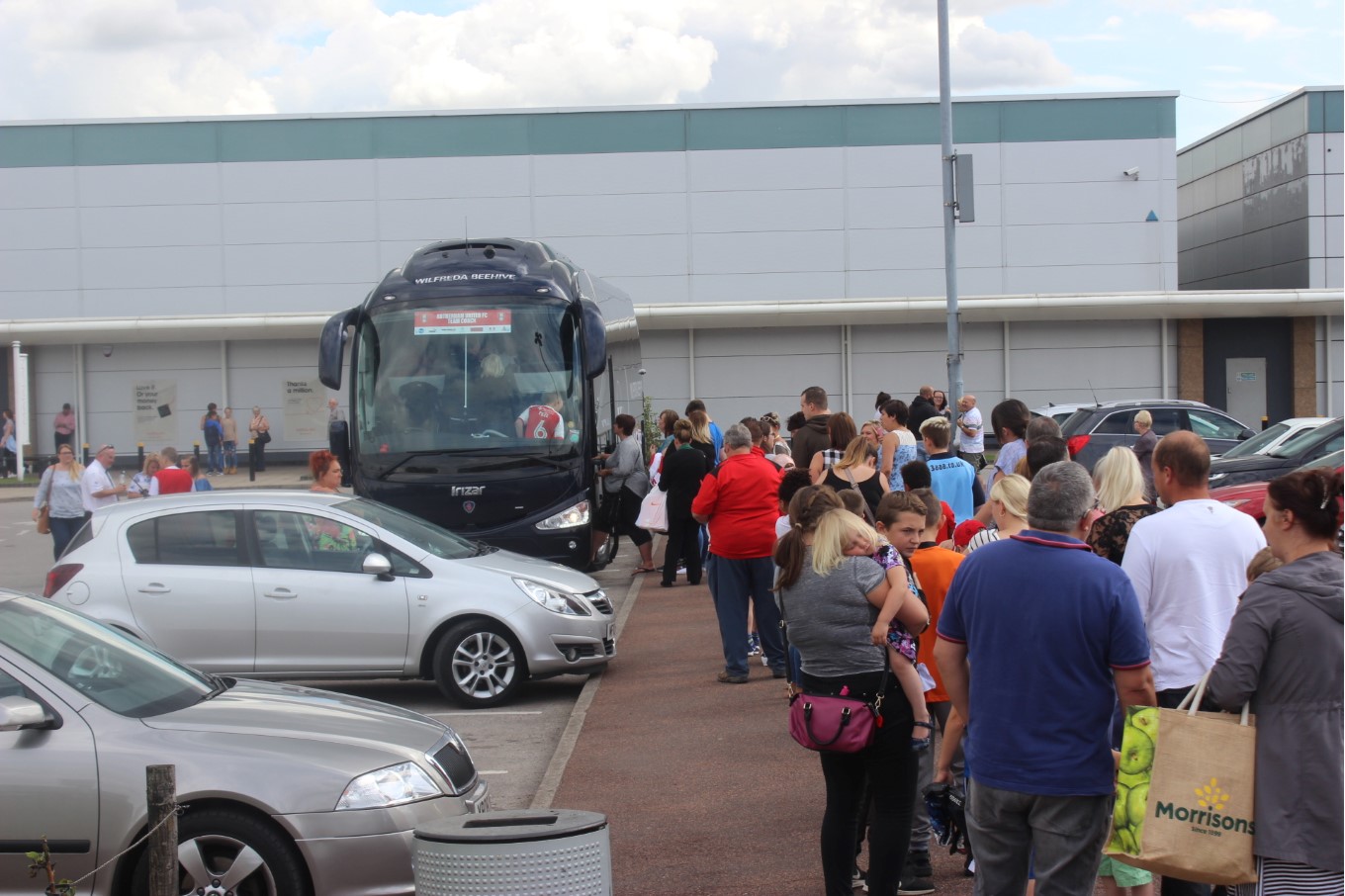 Where can we go before the game around Wembley?

Rotherham United supporters have been allocated The Green Man pub at Wembley.

The Millers have also been dedicated the area at Box Park – more details on which can be found HERE.

There will also be a ‘fan zone’ specifically for Rotherham United supporters which is the ‘Events Pad’ which is located in front of the London Designer Outlet. 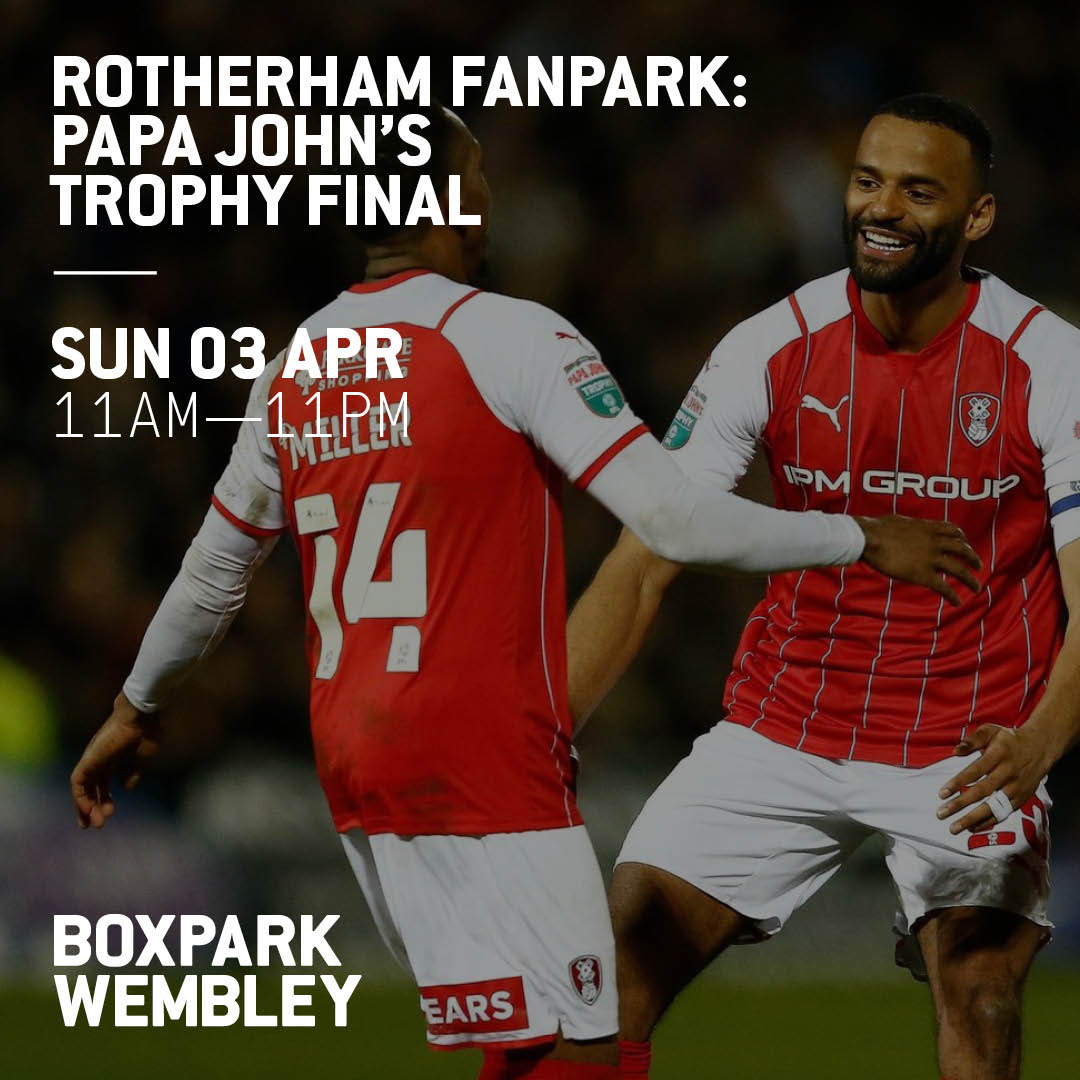 Supporters attending Sunday’s Papa Johns Trophy Final between Rotherham United and Sutton United at Wembley are being advised that a no street-drinking zone on Olympic Way and surrounding areas will be in operation ahead of the match.

Can’t make the match or don’t have Sky Sports? We’ve got you covered with full commentary on iFollow Millers

Buy your iFollow Millers match pass via this link, where full details are available.

If you don’t want to carry it around on the day but want an official matchday programme, you can buy it from us

Rotherham United supporters wishing to get their hands on a matchday programme for Sunday’s Papa Johns Trophy final at Wembley can do so by ordering through the Red and White Shop.

Order yours for home delivery or collection, HERE. 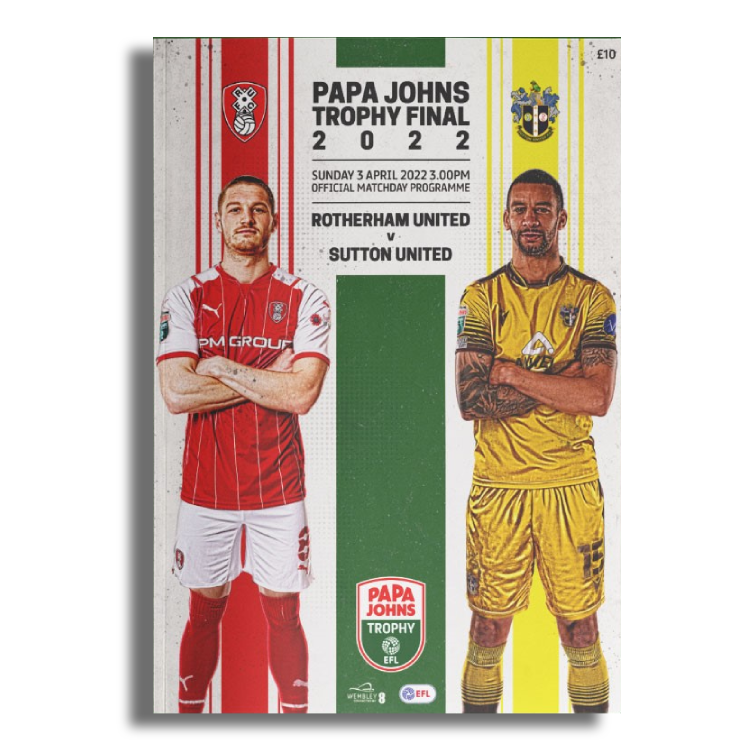