Don't hurry, don't worry. And be sure to smell the flowers along the way.

Walter Hagen’s words which have famously been coined by Honorary Club President John Breckin were only too relevant following Sunday’s famous 4-2 victory over Sutton United, which helped the Millers to Wembley glory in the shape of the Papa Johns Trophy.

Chiedozie Ogbene, who edged the Millers in front on Sunday with a stunner, has been no stranger to pivotal goals on the biggest stage, having shone brightly for the Republic of Ireland against the world’s number one side, Belgium, recently.

Ogbene was keen to stress that winning the final meant an incredible amount to everyone associated with the club, but was also quick to point to the fact that there is still a job at-hand to complete, which is promotion from Sky Bet League One.

“We’ve still got a job to do, but days like Sunday are special,” Ogbene told www.themillers.co.uk.

“Everyone was making a bit of fun on Tuesday morning, but it was all in good spirits. Someone asked me in the build-up what it would mean to win the final, and it means everything.

“I’m hoping it will give us momentum to take into the league and achieve our goal of automatic promotion."

“Winning a trophy is a physical reward for your hard work and efforts throughout the season and we want to win another before it ends.

“It is always good to win, with a good group and that is why we work hard in training. It’s easier to lose games than it is to win, but that’s why we run that extra mile, why we stay that little bit longer, because we want to be on the winning side.

Our Republic of Ireland international with a goal fitting of winning any game, on the biggest stage of all 👏 #rufc | #ForeverTogetherForeverProud pic.twitter.com/2wD32MPvy3

“We want to have that winning mentality and what we want to achieve here is something special.

“We must enjoy the good times, because we may never get this opportunity again. To win silverware, you must enjoy it, but we have another goal we want to achieve and that is promotion.”

Despite receiving his fair share of light-hearted banter about his exploits for the Republic of Ireland national team, like all of Paul Warne's players, Ogbene is another humble and down to earth individual.

The wing-back, whose goal tipped the tie in the Millers’ favour, was quick to praise the contribution of everyone who played a part in the trophy success and reaffirmed the togetherness that has been harnessed throughout the football club.

“I think it Is important to note just how far we’ve come in this journey and recognise the contribution of each an every player, even the ones who sadly didn’t get to be involved in the final.

“Haks, Tolaji, Jake Hull and Kieran Sadlier all played a huge part in getting us here, as did the likes of Angus and Will Grigg. 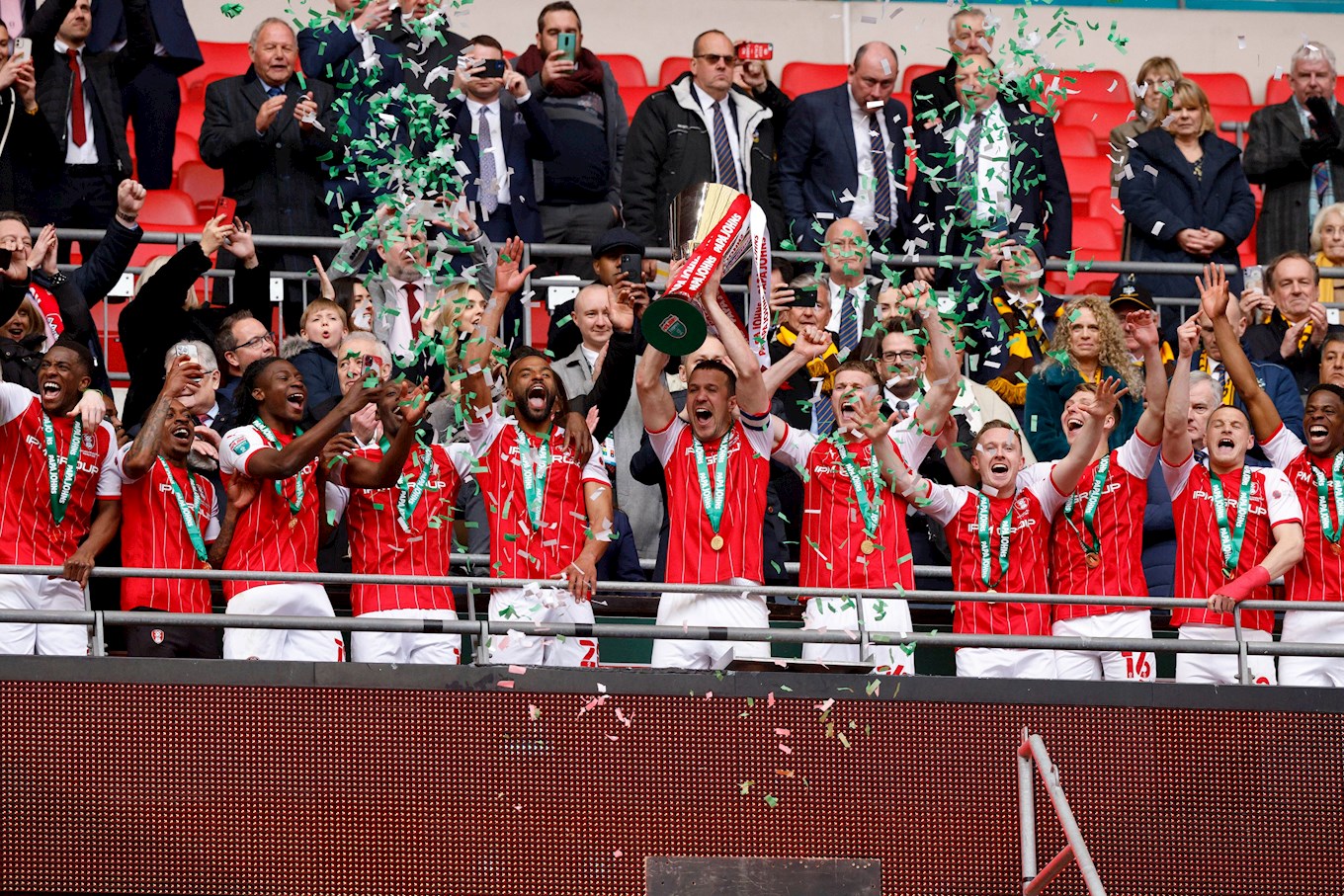 Everyone has played their part: Chieo praises all of the Millers squad for their efforts in helping the club to lift the Papa Johns Trophy

“I look back on the goals that got us here and some of those players missed out. So it’s credit to them.

“At Hartlepool, I didn’t take a penalty, but someone else did. That’s why when I was on the pitch I wanted to give everything, not just for myself, but for the lads that got us there.

“Unfortunately the manager can’t play everybody. That’s why I wanted to win it so bad. Not just for my family, not just for myself, but for my teammates and the lads who sacrificed so much to get us here and gave us the opportunity to play at Wembley.

“The lads who missed out were celebrating with us after the final whistle, even though they missed out and that is testament to them and why I’m so glad to be a part of this team.”