Following such an accomplished performance away at one of the league’s early pacesetters, virtually everyone in the team came away with supporters singing their praises.

There was one name however, on everyone’s lips. Ben Wiles.

Having been reinstated to the side after starting from the bench in the midweek fixture against Lincoln City, the Academy graduate was in fine form at University of Bolton Stadium.

The Rawmarsh midfielder opened the scoring with 18 minutes on the clock. Taking aim from the edge of the penalty area and firing a rocket past Wanderers’ stopper Joel Dixon.

Three minutes later and his name was up in lights again, scoring with a downward header from Dan Barlaser’s corner.

On another day, he could have taken the matchball home with him after being a whisker away from turning home Chiedozie Ogbene’s low cross nine minutes before the break.

His goals, as well as his all-round display in the centre of the pitch, saw him earn the supporters vote ahead of Ollie Rathbone, Richard Wood and Rarmani Edmonds-Green.

🏆 | Vote for your @paentsuk Man of the Match following this afternoon's 2-0 victory over Bolton Wanderers. #rufc | #ForeverTogetherForeverProud

The next opportunity for supporters to pick their Man of the Match will be on Saturday, when the Millers travel to AESSEAL New Stadium to take on Crewe Alexandra. 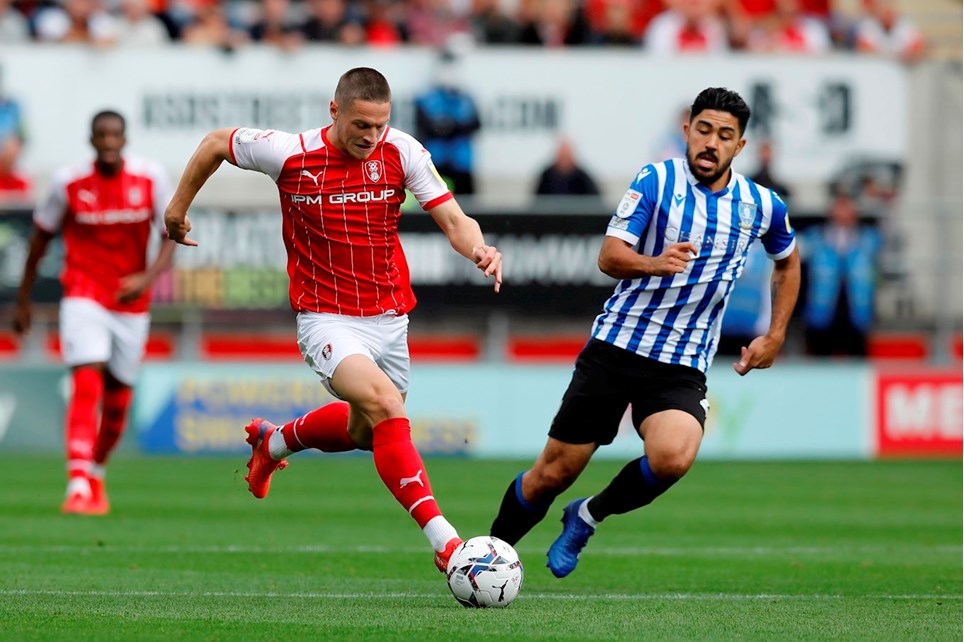 
Rotherham United midfielder Ben Wiles landed the PA Entertainments Man of the Match award for his excellent performance in the South Yorkshire derby defeat to Sheffield Wednesday on Saturday.


Fuel may well be in short supply at the moment, but there were no signs of Ollie Rathbone running out at AESSEAL New York Stadium last night.