Rotherham United manager Paul Warne was on hand to speak to the local media ahead of Tuesday night’s fixture with AFC Wimbledon.

Warne’s side head into the Sky Bet League One clash with the Dons off the back of a strong performance against Crewe Alexandra, where the Millers were unfortunate to only come away with a draw after creating numerous opportunities.

Warne discussed the display against the Alex, as well as trying to convert chances into goals. Also on the agenda was the fitness of defender Joe Mattock and a look ahead to Tuesday’s opposition.

“I’ve watched it back and I am still really pleased with our performance, but fundamentally we are judged on results. We wanted to get three points and obviously, we came up short.

“The goal we conceded and how we conceded it was disappointing, but our overall performance was excellent and I believe if we do keep performing to those standards we will pick up the points.

“However, we can’t keep saying the same things, we do need to take our chances, but our performance levels are good and I’ve been pleased with how we’ve been playing.

“We just didn’t get the second goal and ultimately with 10 minutes to go Crewe sensed that they had a chance and had nothing to lose.

“They put a ball in the box which ended up as a penalty and 89 minutes of great play, ended with people leaving the ground disappointed with just a point.”

📽️ | Rotherham United manager Paul Warne is feeling positive about his side's chances, despite a disappointing end to Saturday's match.

He insists the cutting-edge in front of goal will come, if performance levels remain high. ⬇️#rufc | #ForeverTogetherForeverProud pic.twitter.com/lfkCEbaazn

Warne on turning chances into goals…

“With all the stats that are knocking about, we are towards the top of the league in terms of shots created and shots faced, so there isn’t a lot wrong.

“We don’t want to make an issue about it because then, it makes the lads think there is a problem. All we are doing is reaffirming our playing beliefs and showing them the chances they created and the good play building up to that.

“Our play deserves more points, but we still shouldn’t concede a goal like that late on. It is the responsibility of the whole team to attack and defend.

“I can’t be overly critical with the lads because they’ve been excellent. We’ll go through it again with the lads today and hopefully our play will get more rewards.” 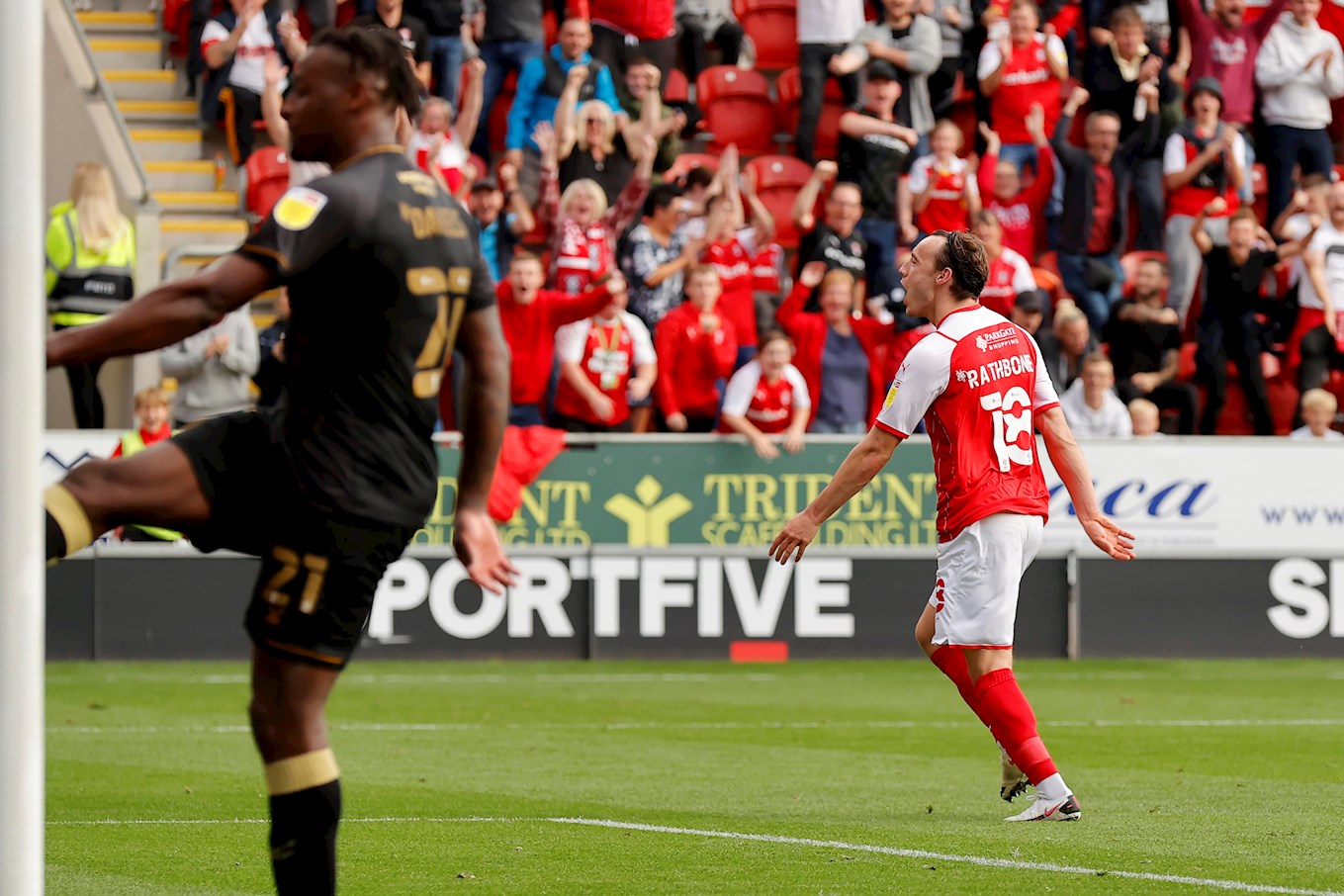 “As I speak to you now, the players aren’t in, we start later on a Monday to give the coaches time to get the analysis and preparation for the meetings done.

“However from the conversations I’ve had, I don’t think Joe will be in any consideration for tomorrow night, but I haven’t seen him yet."

“We’re stretched, but that is the reason you have a squad. We may choose to play a different formation to accommodate that best situation that we can foresee.

“Joe is essential for us as the left-sided centre-half because it allows us to play with balance, but we trust whoever we decide to put out there.”

“They started the season really well, but have lost one of their key players recently which has had an impact on them, which it would do.

“Wimbledon were really unlucky to lose against Shrewsbury and like us didn’t get the result their performance deserved.

“They have a real energy and a purpose to their play. They want to go through Woodyard in midfield and counter at a good pace.

“They have a good threat at set-pieces and will give us another tough game, which every team in this league will.

“I hope the fans turn up and get right behind the team from the very first level because I think we’re going to need it.”