Ahead of this weekend’s fixture against Fleetwood Town at AESSEAL New York Stadium we would once again like to apologise to supporters who have experienced delays getting into the stadium at our previous home fixtures.

We would also like to take this opportunity to re-share information explaining how best to enter the turnstiles which we hope will help reduce any queuing on matchdays.

We understand that it has been frustrating for supporters who have experienced delays in entering the stadium and the club would like to reaffirm that we are working closely with our control partners to ensure that any technical issues are eradicated ahead of the weekend.

Having thoroughly investigated the problems that we have encountered before first team fixtures so far, we believe an important part of the solution is re-doubling our efforts to make sure our supporters are clear on the small changes required to make getting through the turnstiles a smooth and quick process whether with Season Cards or paper tickets – many will remember that we faced a similar problem when we first moved to the stadium.

For this reason we would ask that any supporters who haven’t already done so – familiarise themselves with the below video tutorial which covers the processes for both 2021/22 Season Card and individual match ticket entry, ahead of this Saturday’s Sky Bet League One fixture.

📽️ | You may have noticed our matchday tickets and season ticket cards look a little different this...

... but don't worry, we've put together a quick video explaining how they work #rufc | #ForeverTogetherForeverProud pic.twitter.com/ycgHGSzeH7

Finally and equally importantly we would also like to politely request that during this period of adjustment, supporters try to arrive a little earlier than usual to ensure pressure doesn’t build towards kick off time. 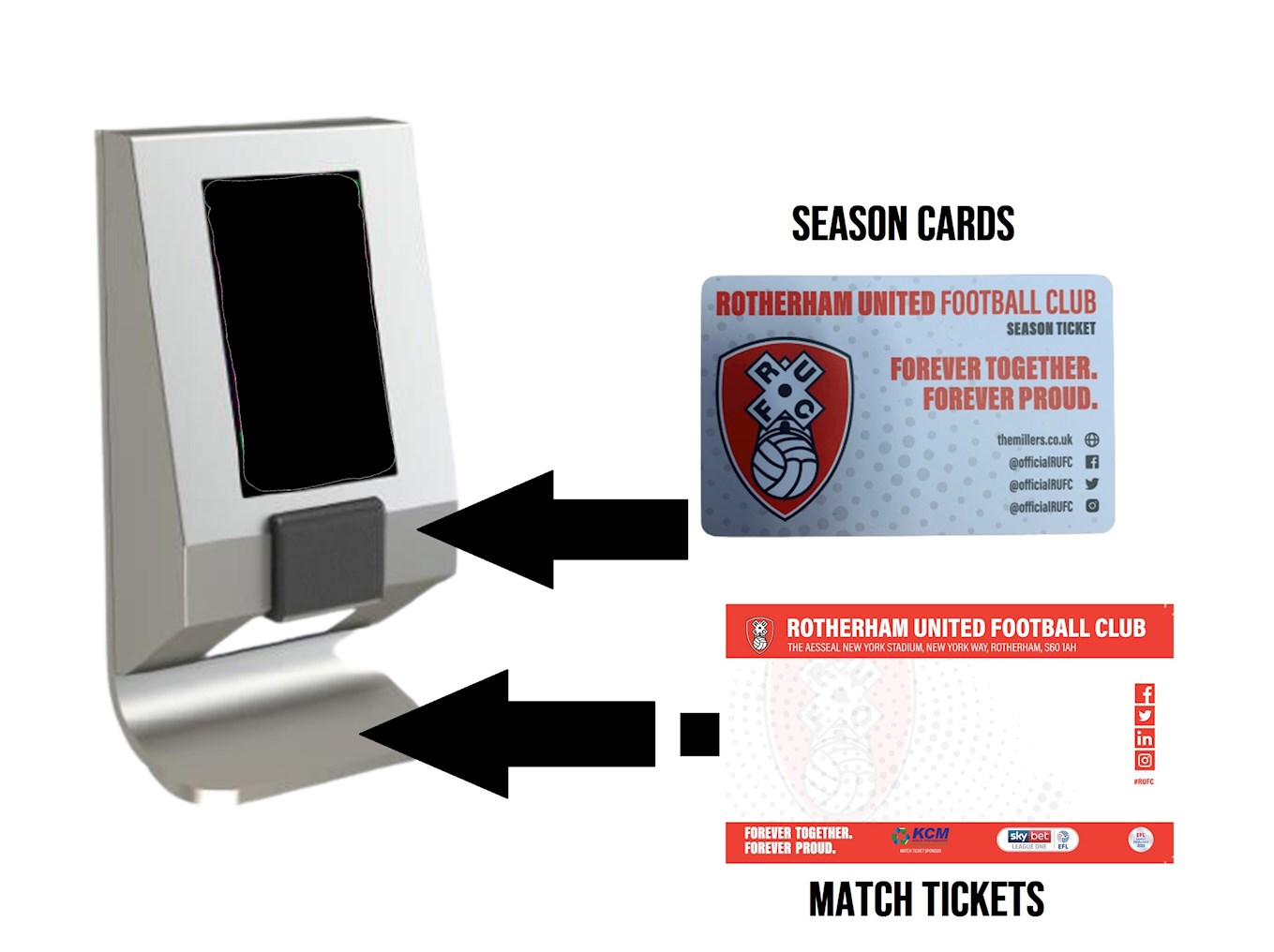 Season cards should be placed on the black square under the screen.

QR coded matchday tickets to be scanned on the shelf underneath.