Some may ask, ‘why does Black History Month matter?’

The story of Arthur Wharton, shows why it absolutely does.

People from African and Caribbean backgrounds have been a fundamental part of British history for centuries, however, campaigners believe that their value and contribution to our society has been overlooked, distorted or even ignored over the years.

Arthur Wharton was a truly extraordinary athlete, yet, when he died in 1930 he was buried in an unmarked grave and other than his funeral in Doncaster attracting a ‘fairly large attendance’ – according to reports in the Doncaster Gazette – there was very little fanfare at the time for a true pioneer of the game.

A pioneer, who made history right here in our town, by becoming the first ever black professional footballer in the world, when he signed for Rotherham Town In 1889.

Not only did Wharton excel in football, he had also been a professional cricketer and a sprinter – a world record holding one at that!

Born in Ghana, he moved to England to train as a missionary, but his studies took second place to sport, where he shone at everything he tried. In 1886, he blitzed the 100 yards record at the Amateur Athletics Championships, becoming the first person to run it in 10 seconds.

It is incredible to think that the world’s fastest man played in goal, but Wharton was no ordinary ‘keeper. Athletic and flamboyant, he was one of the original eccentric shot-shoppers and would probably not look out of place in a side managed by Pep Guardiola or Jurgen Klopp today.

One supporter even claimed he’d seen Wharton catch the ball with his legs, while he was well-known to charge out of his goal and frantically put off on-rushing forwards.

He retired in 1902 and died, aged 65 and yet, despite his incredible story, Wharton didn’t have so much of a headstone, let alone a footnote in the footballing history books. 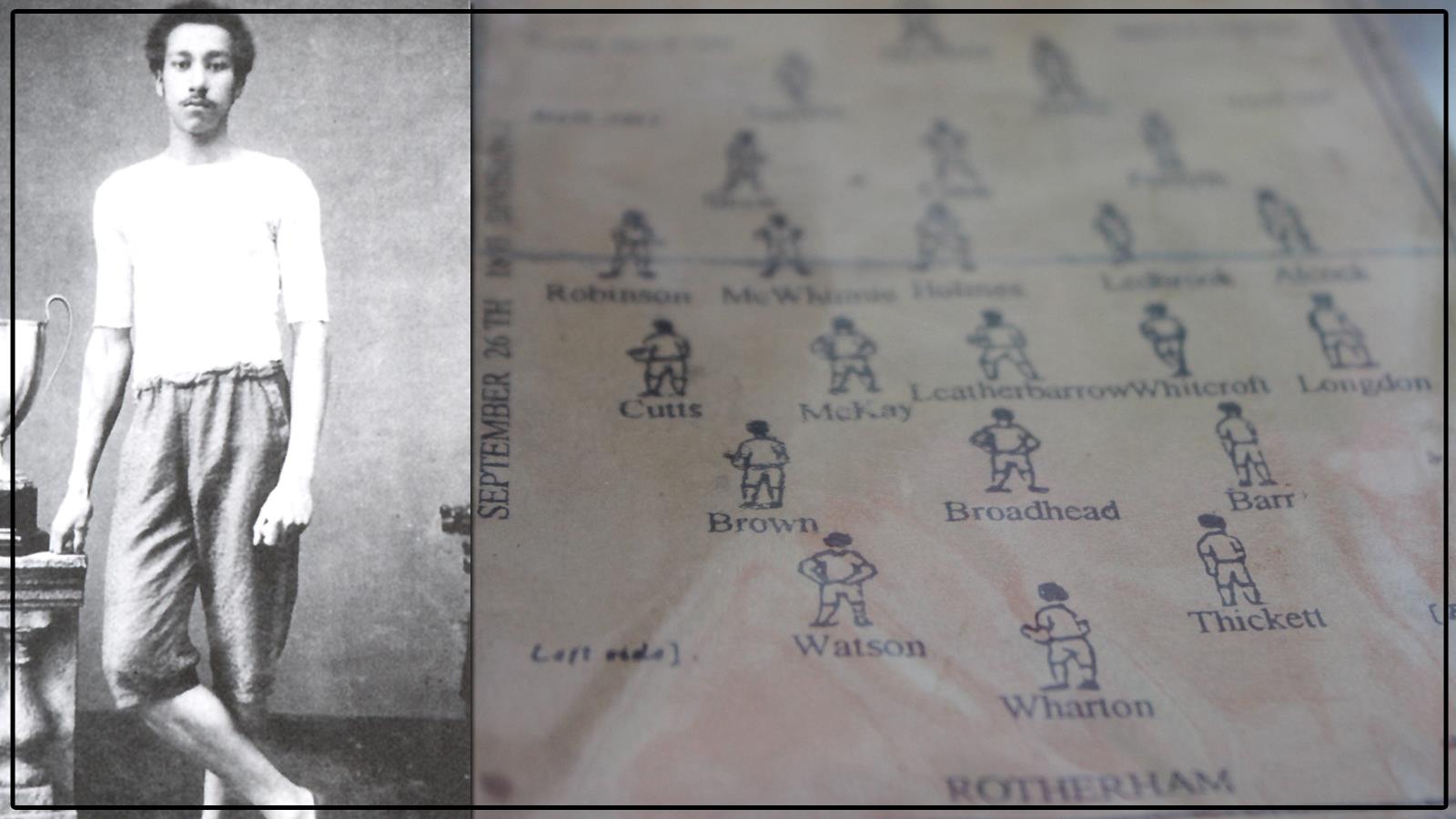 Opinion towards immigrants in the Victorian era was unkind, to say the least. The mountain that Wharton had to climb up to prove his worth in sport was steep, perhaps steeper than many, if not, all of his peers.

It begs the question, what else could Wharton have achieved, had it not been for the colour of his skin? An international cap for England, surely, would have been one of his many feats.

Following a campaign in 1997 by anti-racism body ‘Football Unites, Racism Divides’, his grave was finally given a headstone and six years later he was inducted into the English Hall of Fame, in recognition of the impact he made on the game.

It would take 44 years after Wharton’s death for England to have it’s first senior black footballer and even during the 70s, defender Viv Anderson was still subjected to regular racist abuse.

Even in 2021, with our national side reaching a major final for the first team in over 50 years, England players who missed their penalties in the final were still subjected to abhorrent racist abuse.

Wharton’s legacy acts as a sad sign of the times he lived through, how far society has come since then, but, his story and recent events, acts as a reminder of how far we still have to go.

Now, as you enter St George’s Park - the training base of the national team in Burton - you’ll be greeted by a stunning 16 foot statue of a goalkeeper tipping a statue over a crossbar.

Lost for so long, he now stands tall and leaps even higher. His story is one of strife, of brilliance and above all else, legacy.

The man once forgotten and cast aside by history, will now forever be remembered.

This, is why it matters.