Rotherham United midfielder Hakeem Odoffin is hoping to get the opportunity to further impress the management team when the Millers face Manchester City Under 21s at AESSEAL New York Stadium this evening.

The midfielder joined the Millers from Scottish outfit Hamilton Academical in the summer, but due to the form of the likes of Ollie Rathbone, Ben Wiles, Dan Barlaser and Jamie Lindsay, has found game time limited in South Yorkshire.

The 23-year-old, though, insists that in football you’re never guaranteed anything and has vowed to continue working hard to earn a regular place in the starting line-up.

“With football nothing is promised and I was never coming here thinking I’d be given anything.

“I’m prepared to work hard for every opportunity I get and this is no different for me. I feel like it is a fair chance for everyone, we all have the opportunity to show what we can do and it is up to us to take it."

“As you can see with the squad we have, we have excellent players. Every training session and every game I play is an opportunity to impress.

“This is what I want to do. Keep improving, keep helping the team and continue to impress the coaching staff when I can.

“The season is long, there are so many different factors that go into picking a team, so I have to be ready when I’m called-upon, it is as simple as that.” 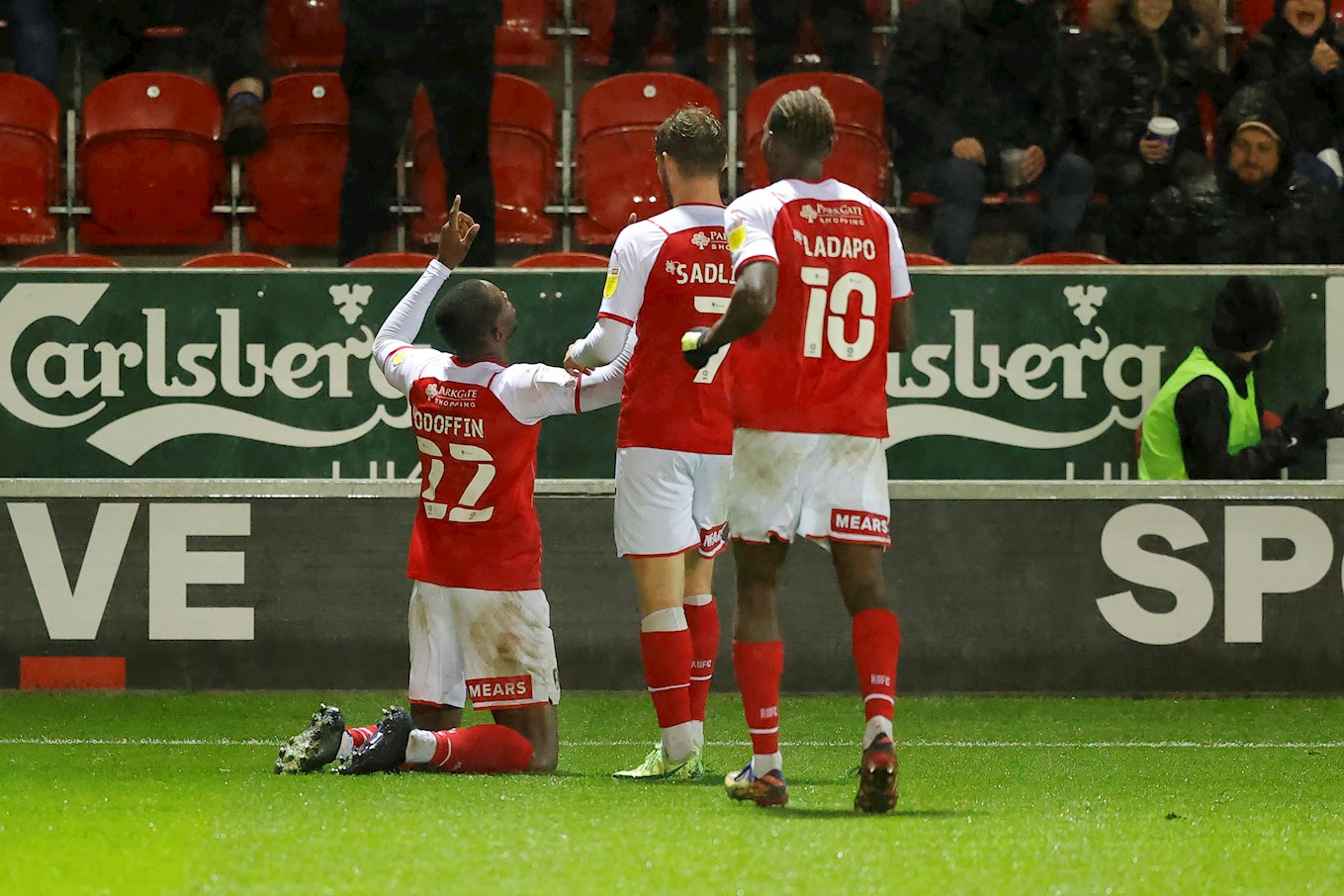 Odoffin celebrates after scoring against Scunthorpe in the Papa John's Trophy

The Millers are in Papa John’s Trophy tonight, when they welcome Manchester City’s youngsters to AESSEAL New York Stadium.

Rotherham need a point to guarantee their place in the next round – as well as topping the group – but Odoffin declared that the team are determined to win every game they play.

“The boys are doing brilliantly and we are in a fantastic position in the league. We’ve hit some good form, not only in the league, but the cups as well and we’re all wanting that to continue,” Odoffin explained.

“Training has been really intense, but enjoyable as well. Everyone is coming in and pushing themselves to be the best they can be every day."

“These games are ones we always go into to win, the gaffer always reinforces that. He’s not just putting a side out to rest players.

“He believes any side he puts out from the squad can compete for three points. So far in this competition we’ve shown that against the likes of Doncaster and Scunthorpe.

“We’ve got to keep doing that and try our utmost in every game we play, whether that is in the cup or the league.”