Rotherham United supporter Keely Houghton is set to lace up her running shoes and tackle the London Half Marathon this Sunday in memory of her Dad, John, and in an attempt to once again bring an important topic to the fore as we approach World Mental Health Day 2021.

Millers fan Keely has been putting in the miles for training for the event for over two years now, with her preparations for the 2019 run halted by injury before last year’s event put on-hold as a result of the coronavirus pandemic, but is now just a matter of hours away from taking on 26.2 miles in her Dad’s memory.

Keely’s fundraising efforts have already been brilliantly supported with over £6,000 raised for her chosen charity – Rethink Mental Illness.

Her epic challenge will be her way of honouring her Dad’s memory, having been introduced to running by him at an early age. John was not only a lifelong Millers supporter but also had close links to the Millers through our Vice Chairman, Richard Stewart, who is related to him as his son-in-law.

Keely and her father would continue to share a love of running from there on out and would share that passion together on many a training run, which included plenty of mileage ahead of the 2009 London Marathon.

A fractured pelvis prevented Keely from fulfilling her dream of running the marathon alongside her beloved Dad with the pair vowing to one day complete the challenge alongside one another.

Unfortunately, the pair would never get to fulfil that dream and Keely’s Dad saw his mental health deteriorate in 2014.

Described by his daughter as the ‘rock’ of the family, Keely’s Dad would so sadly never recover and reached a point so low in fact, that he took his own life in 2016, aged just 60.

This tragic story will resonate with so many of our supporters and it is up to us all to do as much as we can to try and remove the stigma surrounding mental illnesses. We are incredibly proud of Keely for the strength she has shown and her superb fundraising efforts to try and make a difference in raising awareness of the importance of a person’s mental health.

On her JustGiving page, which can be found HERE, Keely said:

“I was first introduced to running at a very young age by my amazing Dad,” Keely explained.

“My Dad was a fantastic runner, who I not only absolutely adored, but equally admired his dedication and commitment to his sporting hobbies.

“He encouraged me to run and I became a youth runner, however, it wasn’t until I was in my early 20s that running really grabbed me.

“I trained for the 2009 London Marathon with my Dad and from then on he became my number 1 running buddy. We had many a laugh, a few cross words and occasionally some tears but always a great run.

“From 2009 onwards we ran most days together and always pledged that one day we would run the London Marathon together.

“Unfortunately I sustained a fractured pelvis which forced me to rest for almost a year.

“I then went on to have my first son which delayed me a little - as you can imagine! 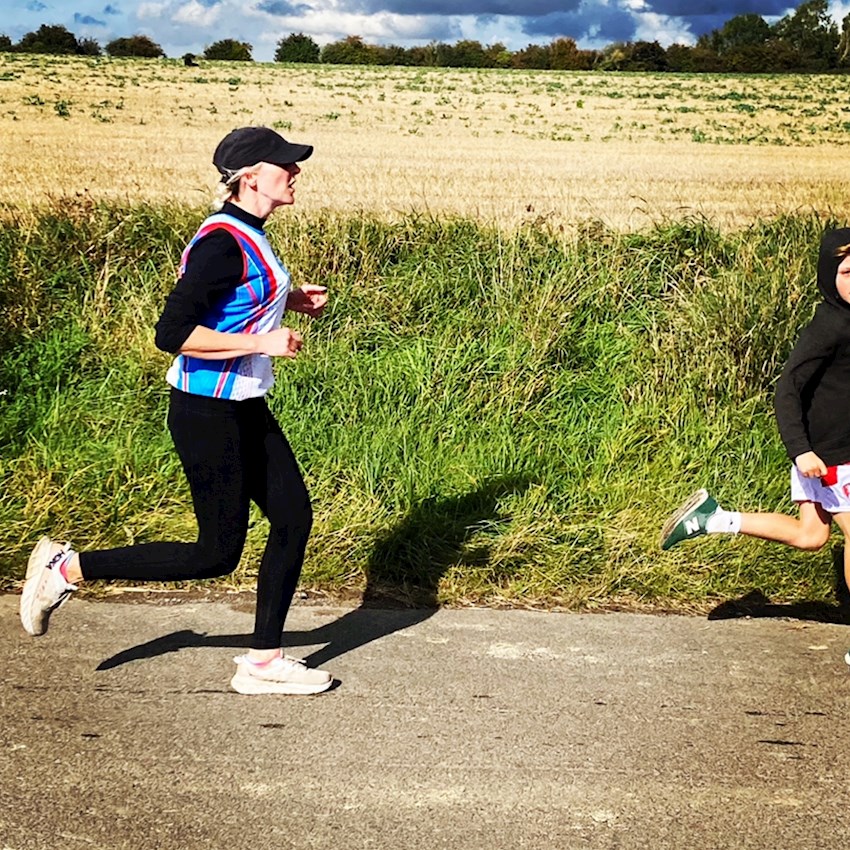 Putting in the miles in training with some company

“My Dad was still going strong and in April 2014 at 58 he completed a 3 hour finish in the Blackpool Marathon - an achievement any runner would be proud of!

“But then unexpectedly in June 2014 he became seriously ill.

“It wasn’t an illness that I understood or one that my family or his friends understood, it was an illness that initially I thought he could get help for and that he would just go on and get better, but that sadly was not the case.

“I underestimated this life destroying illness as I think so many people do.

“This illness was a mental health illness and my Dad was suffering from a total mental break down.

“We could see the rock of our family disappearing and no one could understand or comprehend our pain.

“Sadly in July 2016 my Dad’s battle ended, he did fight and battled to beat this dreadful illness but eventually it won. My Dad took the only control he had left to end his pain forever and he committed suicide at the young age of 60.

“There is not one single part of me that is mad at him for the decision he made, I’m glad the pain he was in is over and I admire the strength and bravery he showed during his battle.

“As a family, however, our pain continues and we all miss him more and more with every day that passes by. 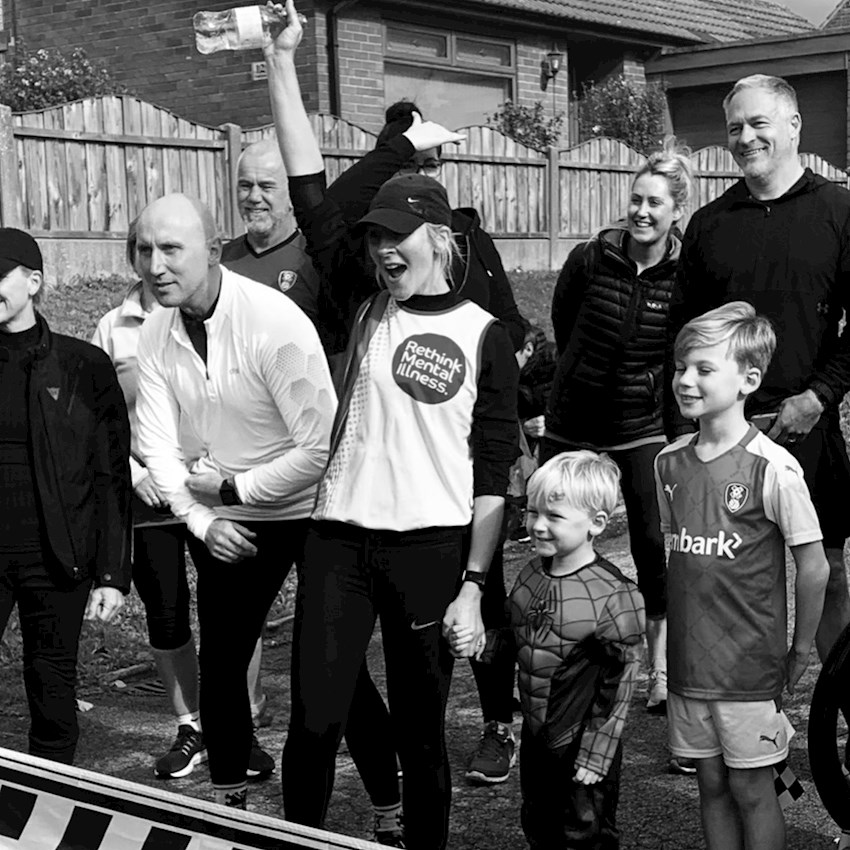 In the absence of the 'normal' event taking place, Keely completed the Virtual London Marathon 2020

“I arranged to run each Mile with a different friend that had been part of mine or my Dad’s running journey. It was an amazing day and one I will never forget!

“But….I still need to complete the actual London Marathon 2021 in honour of my Dad....he can’t be with me in person but will be in spirit and I will be spreading his ashes around the course in London.

“As a keen cyclist my Dad also wanted some of his ashes spreading on Mont Ventoux which is part of the Tour de France course as well as the London Marathon and Harworth.

“Three of his treasured friends from his cycling club did an amazing job in September 2018 to honour his wishes and spread some of his ashes on Ventoux.

“We finished the virtual marathon at Harworth to honour my Dad’s wishes there…so now it’s just the big one left!

“My Dad was the absolute best, so fit and so much fun, everyone who knew him loved and respected him. He was the life and soul of any party, but how quickly this all ended, it can happen to anyone so please support me and this fabulous charity who help and support people in mental health crisis.

“I am doing this for you DAD XX”