Rotherham United striker Michael Smith has been named the Sky Bet League One Player of the Month for October.

Enjoying one of his most prolific seasons, Smith scored five goals and assisted two others in five games, using his physicality in the box to hold off defenders. His cheeky backheeled goal against Portsmouth underlined his current confidence.

Rotherham manager Paul Warne said: “It's great for Smudge. He's scored a lot of goals, but as always, his overall play has been fundamental to our success.

"It is a weird one because I don't think any particular player should get a personal accolade as it is a team effort, and this really is as much of an award for the group as much as it is for Smudge.

"I think he is one of a lot of our players who are in really good form at the moment and long may that continue.

"Smudge does loads of work to keep himself fit and a lot of extra behind-the-scenes that people don't see. He is more than deserving of Player of the Month, and I think him scoring as many goals as he has, it has possibly pushed him over the edge for this award.

"In my opinion, he hasn't played any better in this month than he has in the others that he has since he signed for us, but it is nice to see his efforts recognised externally.”

🎥| Paul Warne talks Michael Smith's recent form and how he feels the Player of the Month award is not just a fitting individual prize, but also recognition for the entire team.#rufc | #ForeverTogetherForeverProud pic.twitter.com/PVfyc79Lrw

Smith said: "I'm obviously delighted to get the award but I think it isn't just recognising my efforts, but also the team's in what has been a great run for us.

"I've managed to get a few goals which has been really pleasing but everything we do here is a collective effort and without the lads behind me it wouldn't have been possible.

"The Gaffer and the staff have always been brilliant with me since the minute I walked through the door here, but they've really got me believing in my ability, perhaps even where I wouldn't have.

"I've said it before though, no personal success will mean anything if we can't achieve what we want to this season, so we'll all keep our heads down, continue to work hard and hopefully the results keep coming."

Sky Sports’ EFL pundit Don Goodman said: “Rotherham are on a fine run towards the top of Sky Bet League One and much of their recent form has been influenced by the performances of their striker.

“The physical Michael Smith is having the season of his life and October was him at his prolific best, firing in five goals in as many games for the Millers.”

Sky Bet EFL trader Ivor Davies said: “Rotherham striker Michael Smith continued his good start to the season with a further five goals in October to take his tally to twelve and one clear of Stockton in the race to be Sky Bet League One’s top scorer.

“We rate Rotherham at Sky Bet and think they are clearly the best team in League One, and have priced Smith at 8/1 3rd favourite for the top scorer award (from 12/1 at the start of the month and 40/1 before the season started).

“Fans will be hoping Smith continues to fire the Millers all the way back into the Championship at the first time of asking - which Sky Bet have them priced at 4/9 to do.” 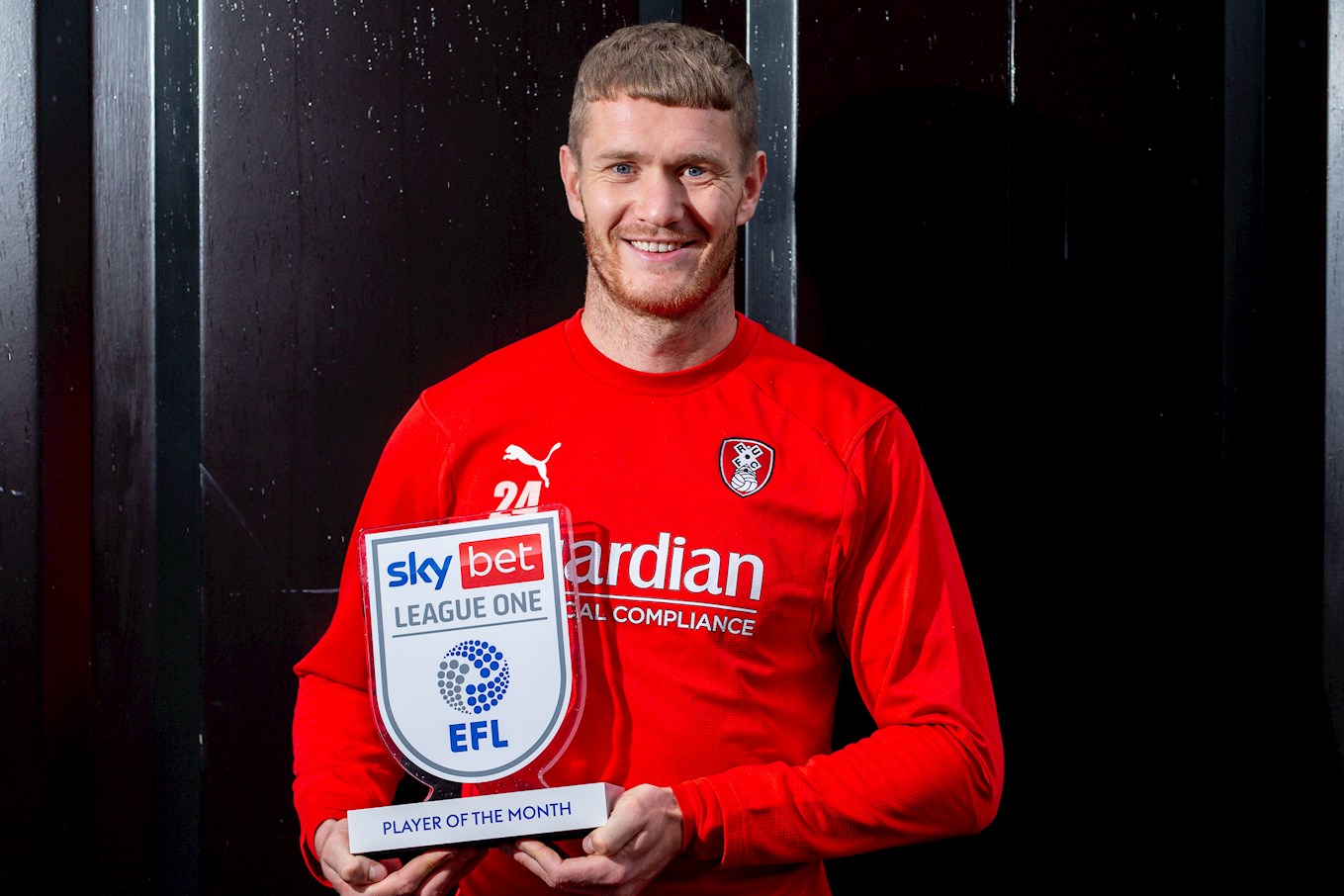