The journey of a thousand miles starts with a single footstep.

In the case of Rotherham United’s Ross Burbeary and Stephen Gilpin it won’t quite be 1,000 miles, but rather 300 kilometres – a distance they’ll be covering over the course of November as they once again lace up their running shoes for their epic annual fundraiser for Prostate Cancer UK.

The idea was conceived by our dynamic medical duo back in 2018 when Stephen was preparing for the London Marathon and looking for a way to honour the memory of his grandad, who was a huge role model for him and sadly passed away from the disease in 2010.

Since then, what was a few members of the Millers’ backroom staff has spiralled into something with a nationwide reach and this year, will see record figures join them in completing 10km a day.

WE ARE LIVE! GET SIGNED UP!

You will be automatically added to the Prostate United JustGiving page which is at the link below:https://t.co/OPocrOIAeF

The footballing fraternity has once again come together to help the collaborative effort – now known as Prostate United – take off beyond Ross and Stephen’s wildest imagination.

Most notably this year, Luton Town have in excess of 30 members of staff signed up to the challenge and will complete it in support of their club legend Mick Harford, who was diagnosed with the disease recently.

Beyond that, the pair have called colleagues, friends and businesses within the industry to get further backing and now have big brand sponsors on board including The Turmeric Company and Oofos among others.

Those first steps will be taken on Monday when the challenge kicks off on 1st November before literally running through the month and it isn’t too late to sign up through the official registration process – which is free and can be found here, if you’re still wishing to join the team!

As part of that – and again new this year – you will receive a t-shirt in the post and can choose between the following challenges: 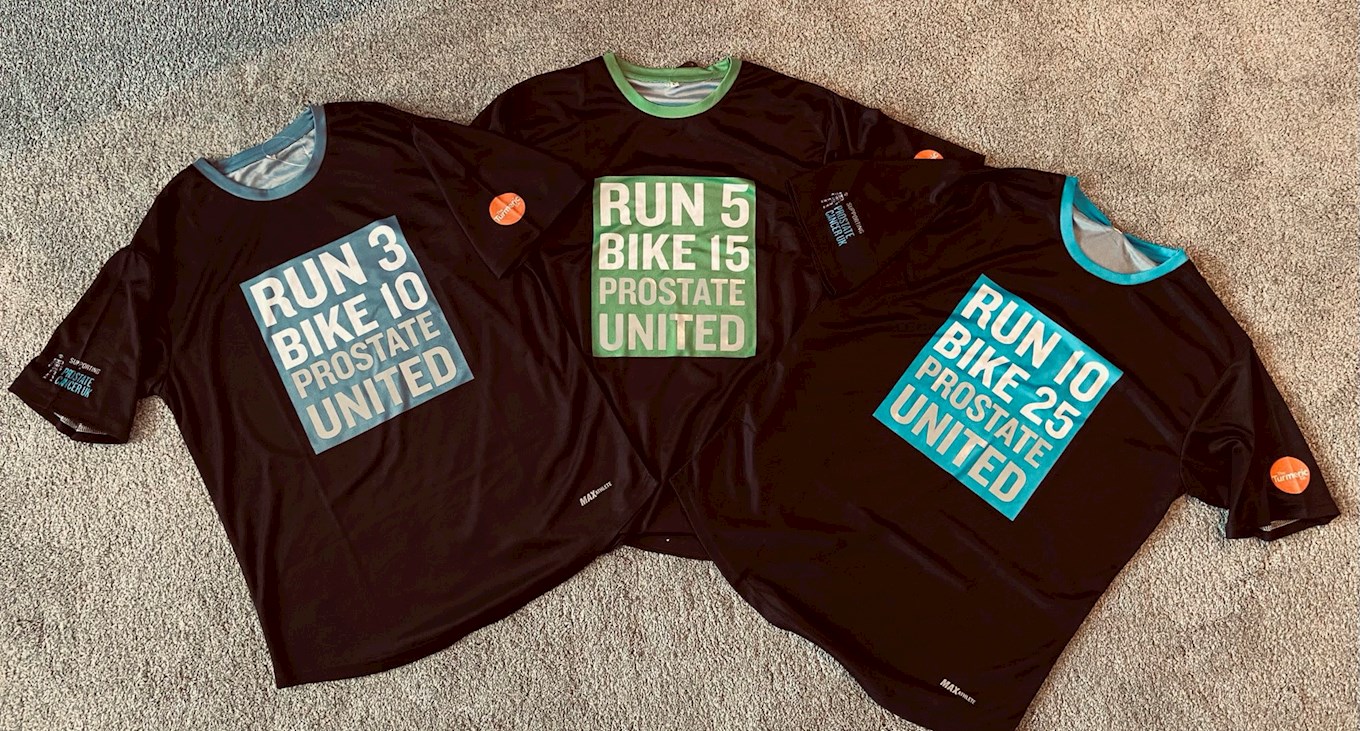 The brand new Prostate United t-shirts are available to anyone who signs up!

There will be giveaways run through the @prostateunited Twitter page throughout the month and of course, all of the usual updates from our loveably athletic duo and their colleagues!

Speaking ahead of the challenge kicking off on 1st November, Rotherham United first team manager Paul Warne once again hailed the pair’s impressive fundraising efforts, whilst talking about the important role that the sport has and can play in raising awareness.

"Gilps and Ross are something else. They have the best organisational skills of any people I have met - and I am very fortunate that they work here,” he explained.

"Ross and Gilps are brilliant. They've raised no end of money and they encourage local people who are doing it and send out tweets.

"They're great human beings but wow, are they driven.

"They speak to all of the different clubs and they've really been trying to increase attendance and fundraising. 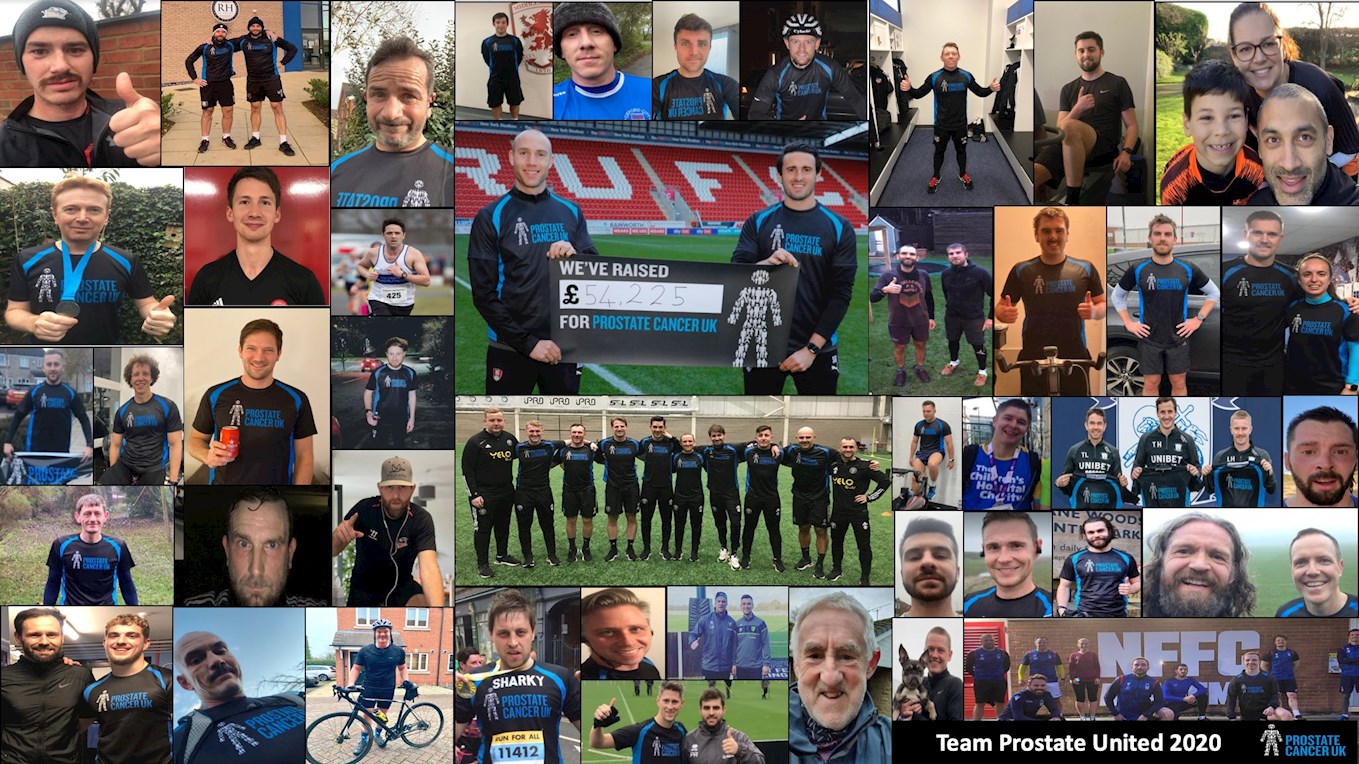 The 2020 runner and riders are pictured at the end of the month!

"We all do it on Day One and there will be a team photo of all of us.

"There is like a Caveman to Man photo, with Ross at the top and you work your way down the line where there is decrepit people like me at the end after our run!

"I think football has been really prevalent in pushing understanding and I think the message about one being diagnosed every 90 minutes is something people recognise because of the game."

"The sport has been at the forefront of raising awareness on the topic of Prostate Cancer and I think the next generation of men have a greater understanding than my parents did.

"The more awareness there is out there, the better.

"The important thing to takeaway from all of this - in my opinion - is that you should get checked out if you feel something different or it looks different because I want to be here for my kids and my grandkids.

"Cancer takes a lot of lives from a lot of our loved ones, so anything we can do to try and spread the message, it has to be done."

"I biked to Amsterdam for Prostate Cancer around seven years ago and that was unbelievable great fun, so anyone that gets chance to do that should definitely do it.

"The more people who do it and feel your pain, the more you feel a part of a unique group.

"The feeling you get when you know that you're raising money for a great cause and you know that when you're pounding the roads other people are doing the same, it gives you a good feeling and that is driven by Ross and Gilps."