Rotherham United are delighted to confirm that we will once again sport the branding of Events4Healthcare as our sleeve sponsors for the duration of our involvement in the 2021/22 Emirates FA Cup.

The deal marks the second of its kind with E4H, who have committed to another commercial agreement with the Millers, having successfully seen their branding aired live on television in the Third Round tie with Everton at Goodison Park last season which was shown by BT Sport.

As part of the new deal, the E4H branding will feature on our home shirts for our upcoming clash with Bromley at AESSEAL New York Stadium on Saturday 6th November 2021 and then on any kits worn as part of any further involvement should we progress in the competition. 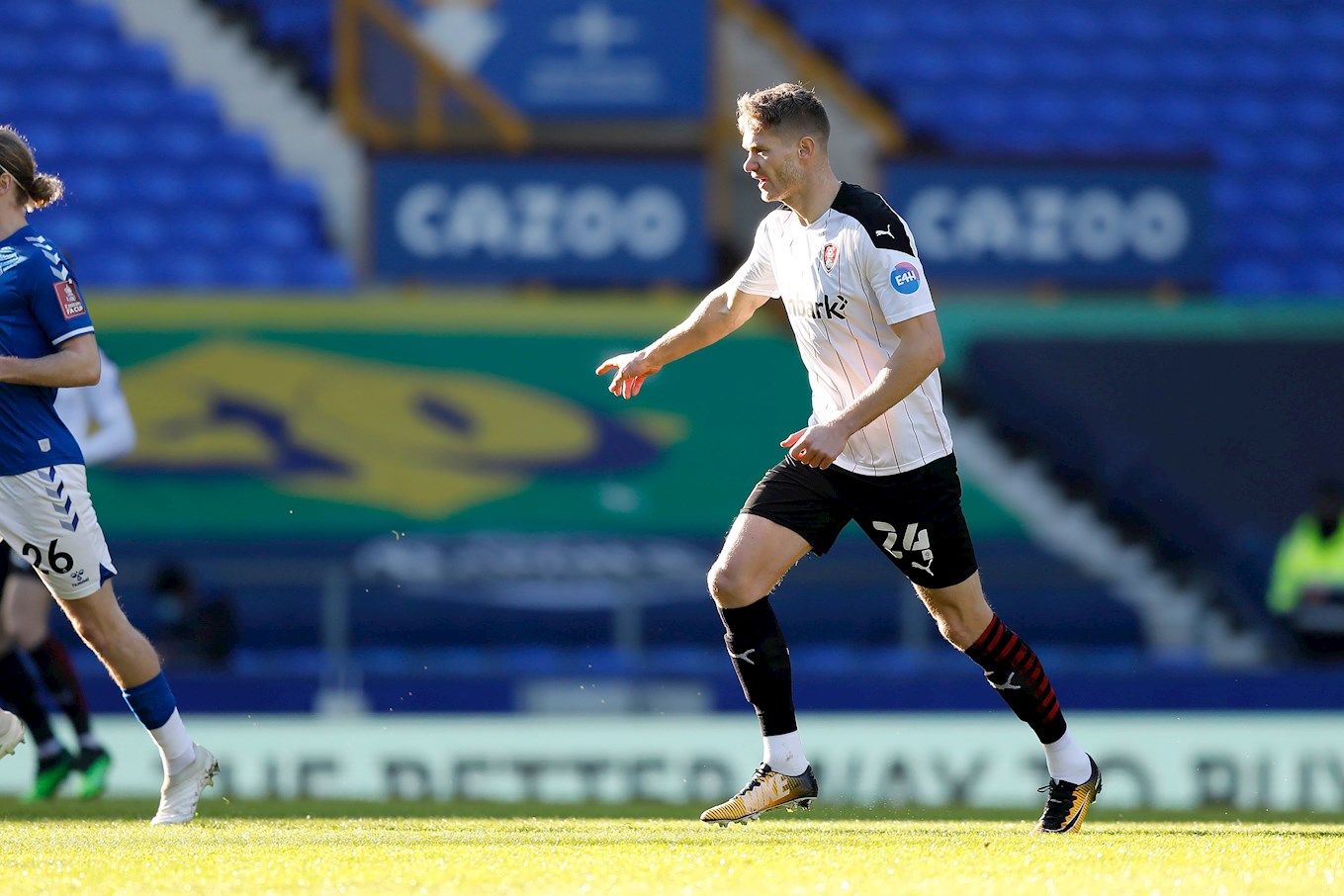 E4H are proud to offer the medical and pharmaceutical industries a suite of opportunities to achieve their goals. They are renowned for forming open, honest partnerships to deliver industry-leading medical education and work strategically and collaboratively to enhance their client’s vision.

The were one of a number of businesses who were able to continue to deliver key services throughout the pandemic, in the process, educating healthcare professionals through virtual solutions, digital expertise, audio-visual capability, marketing, eLearning, training, publishing, professional support, patient programmes and more.

Having tied up a deal for a second consecutive season with colleagues at E4H, Rotherham United’s Commercial Director Steve Coakley reiterated how impressed he has been at how quickly the partnership has grown since it was established last season.

“E4H were one of a number of companies to commit to significant commercial deals with us during the pandemic, in a time at which our revenue had been hit hard for a number of reasons,” he explained.

“We were incredibly grateful to businesses who – despite suffering the impact of Covid themselves – were still keen to pledge their support to the football club and having gotten to know them further over the last year or so, it has become clear just how supportive they are."

“For more reasons than one, it was a shame that supporters weren’t able to attend that Third Round tie at Goodison Park last season, in which we ran a Premier League outfit all the way. However, with the television cameras on Merseyside for that clash, we were still able to ensure that the E4H branding got some really good exposure among our supporters and to a wider audience.

“We are already looking forward to what promises to be an exciting cup tie on home soil against Bromley in a week’s time, and hopefully a long and successful run that follows in the competition.”

Speaking on behalf of E4H, Karl Hamer echoed Steve’s sentiments citing the opportunity to grow the relationship with the club and local community as a key factor in the decision to commit to another significant sponsorship deal.

“Following our sleeve sponsorship of Rotherham United in the 2020/21 Emirates FA Cup, we’re delighted to be supporting the team again this season,” he explained.

“Building on our relationship with the team and reaching a wide audience for our E4H brand is a fantastic opportunity.

“As a company, E4H place a significant emphasis on community engagement and marketing to help change lives we’re delighted to be able to showcase our brand on a national stage."

“Seeing the first team wearing our logo live on television as it did in last season’s tie at Everton is something that always makes me incredibly proud.”