Alan Lee, 30 yards out, it’s on his left foot. He finds Watson. Watson is looking for an overlap, then he turns away. Plays it to the edge of the area, finds Alan Lee. Can he turn? He shoots! It’s there! Alan Lee! Alan Lee!

Hopefully that takes those of a certain age right back to a scene thoroughly woven into the tapestry of Rotherham United’s history.

To commemorate that famous promotion to the Championship – as the modern day side once again look to emulate that achievement this season – 20 years on, the Red and White Shop will have produced a new ‘retro’ release of the shirt worn on that famous day at Millmoor.

Released in 2000 – and worn for two special seasons for the Millers under Ronnie Moore and John Breckin – our retail staff have been working hard over the last few months to reproduce Bodyline’s take on a Rotherham United strip two decades ago. 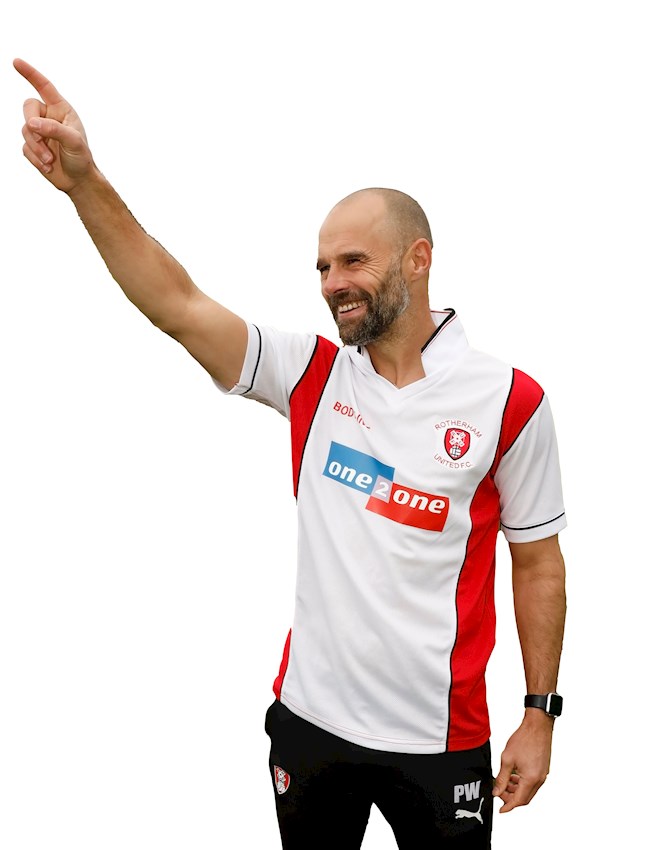 Deviating from the traditional red body with white sleeves, its initial release in 2000 was met with some uncertainty from the club’s supporters, but the success that followed has made this one of the most sought after shirts from a bygone era that the club has ever had.

Three of the Millers current staff, Paul Warne, Richie Barker and Rob Scott all donned this particular strip on that famous day in April 2001 and the managerial duo were on-hand to help model the shirt ahead of its modern day re-release.

The club have produced a limited run of just 300 shirts across all sizes, so make sure you are quick to grab your piece of history before the shelves are cleared!

Both adult and junior shirts at priced at £35 (Season Ticket discount is available) and are available to purchase now both in-store at the Red and White Shop and online, HERE.