Rotherham United were once again delighted to host another meeting for the newly-founded Millers Memory Club, which aims to support former players, staff and supporters who have encountered – or are suffering from – memory-related illnesses.

Having been founded and driven forwards by our Honorary Life President John Breckin over the summer, the group has grown week-on-week and has garnered substantial support from the PFA (Professional Footballers’ Association) in the process.

The group – which is made up of ex-players, staff, members of the public and an excellent team of volunteers – meets on a monthly-basis at AESSEAL New York Stadium and is open to anybody in our local community who has encountered degenerative memory diseases such as Alzheimer’s or Dementia.

It provides a safe, informal environment – which also includes some mouth-watering baking from our lovely volunteers – and allows people to chat about their experiences with memory-related illnesses.

Having so sadly seen many of our former players suffer with illnesses of this kind and in many cases, losing them as a result of it, Breck was incredibly keen to provide an environment in which people could come and get some support, whether that be by opening up and talking, or just having a brew and a piece of cake in a friendly atmosphere.

This month’s (November) meeting also saw our colleagues at Mears pledge their backing with the donation of some beautifully-presented lunchboxes, which were provided free of charge to those in attendance.

Paul Raven and Pat Lally from the PFA were both also in attendance as former Millers star Richard Finney hosted the meeting and spoke to the group over a coffee.

Speaking having filled up on tea and scones – and, of course, being the true professional he always is – John Breckin expressed his delight following another successful meet for a group he hopes continues to grow.

“It is already hard to think that this idea was only conceived a few months ago,” he told www.themillers.co.uk. 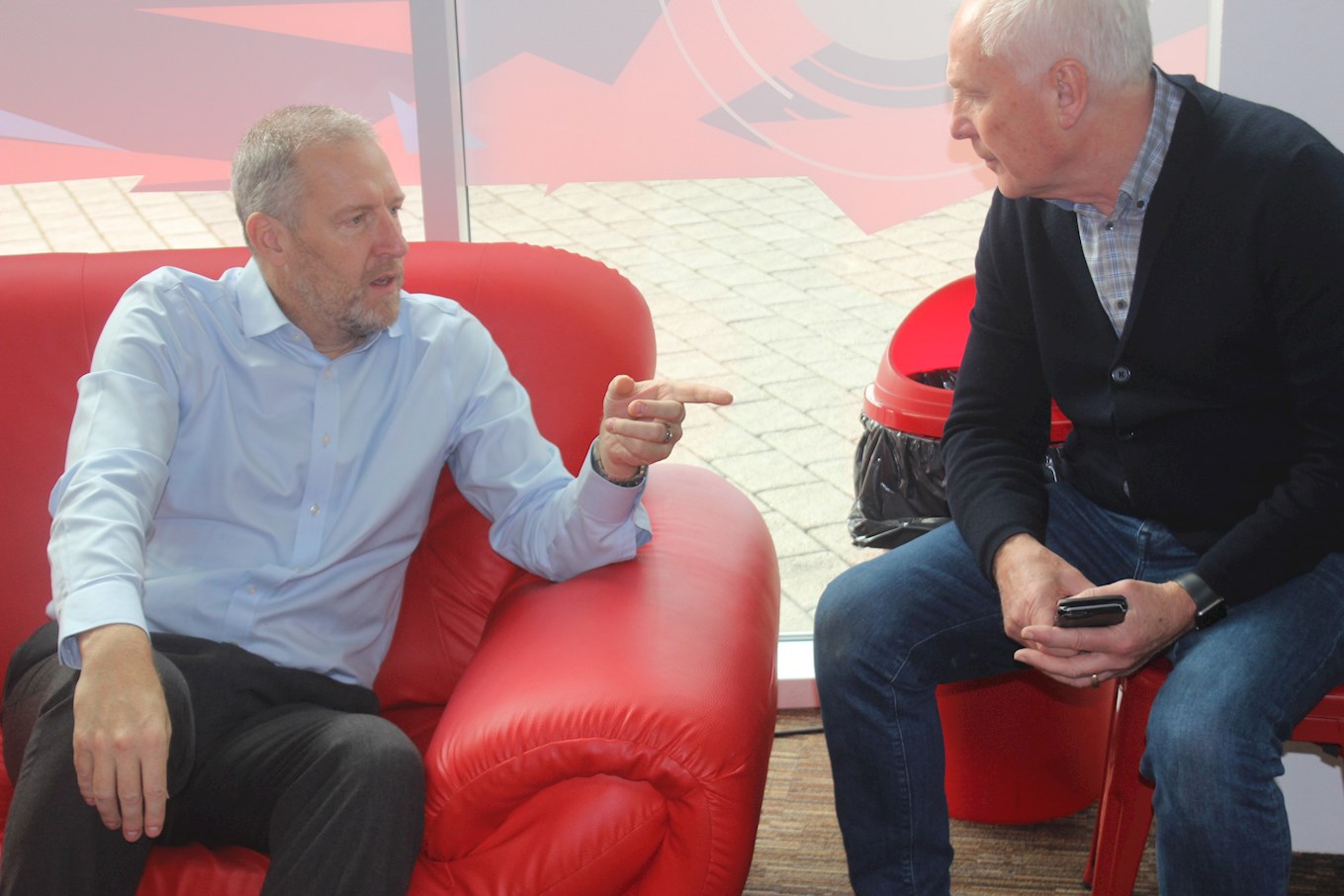 “We’ve had people come once or twice, we’ve got others coming down regularly and today, we’ve welcomed a few new faces, which is great to see.

“I think people have found it to be a real ‘safe space’ which is what we wanted, but we’ve also sat down today and discussed ideas between us on how we can improve it further.

“There is talk of bingo games and little prizes and perhaps even some little memory-related games which might be useful for one or two attending to know.

“I must say a huge thank you to the guys at Mears, who, out of the blue really brought through these beautiful lunch boxes, totally free of charge. We’re not talking just a couple of sandwiches here, we’re on about coleslaw, rice, cakes, cheese and crackers and the lot!

“Jamie Noble and his Community Sports Trust staff have been brilliant with us and Glynnis from Astrum House has made a sizeable donation which means that we can help out with little things like travel costs for people who need taxis to get down and join us.

“I can’t speak highly enough of Sandra and the girls, who, every single meeting manage to come up with some of the best baking in Yorkshire and I need to be careful because I’m putting two scones away per meeting now! 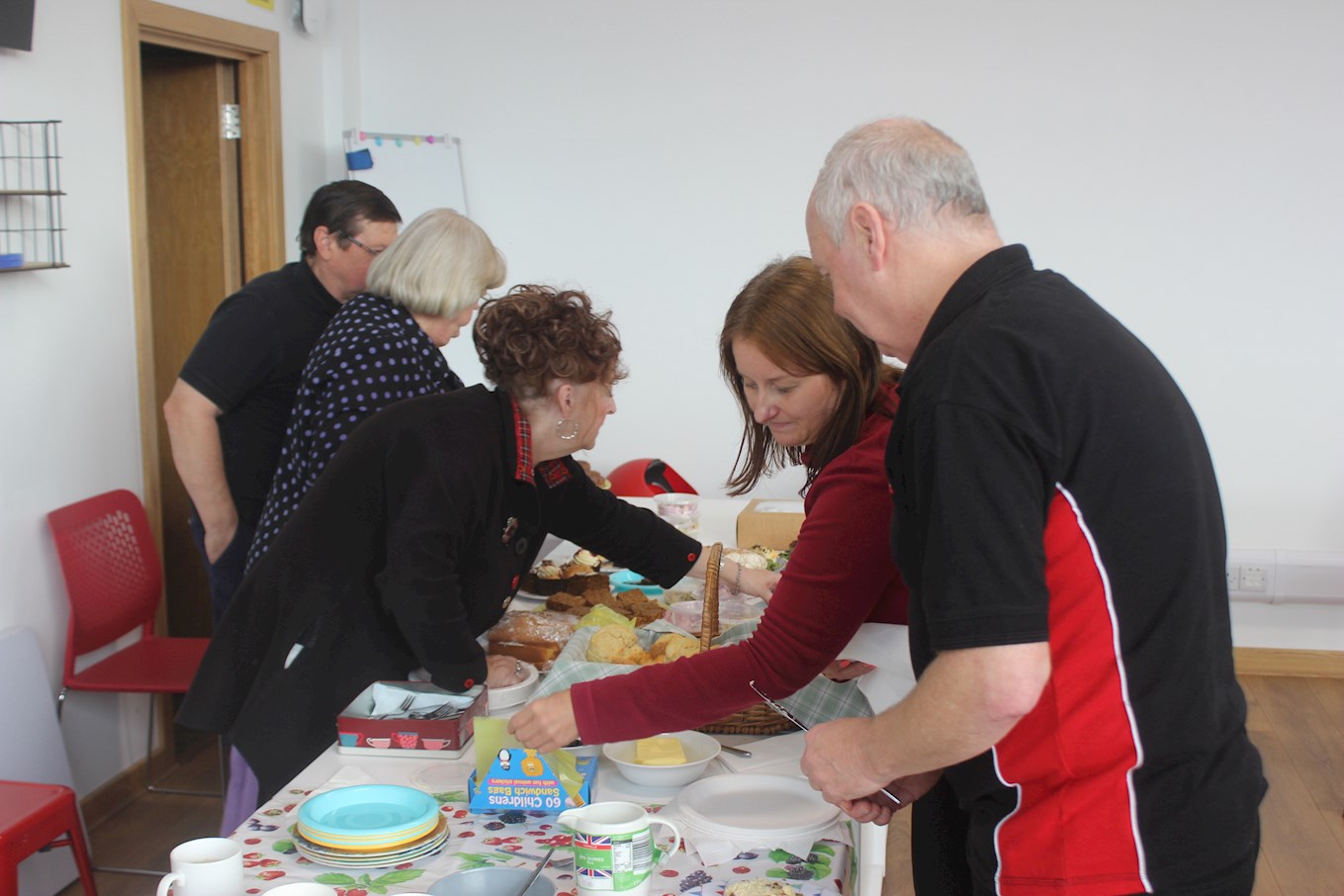 Our wonderful volunteers always come up with the goods on the baking front!

“In all seriousness, we’re really pleased with the progress we’re making. It’s for a great cause and one that I know will help a lot of people. We have lost too many ex-players and friends to diseases like Alzheimer’s and Dementia and I know how greatly it impacts people’s loved ones too.”

To find out more about the Millers Memory Club or to register your interest, email Jamie Noble on jnoble@rotherhamunited.net