Work has begun to strip AESSEAL New York Stadium of its hallowed green grass as pitch renovaions get under way early ahead of the 2021/22 campaign.

Head Groundsman Dave Fellowes and his team have wasted no time in drafting in the expertise of Premier Pitches to begin the process of relaying the pitch ahead of the squad's return for pre-season in late June/early July. 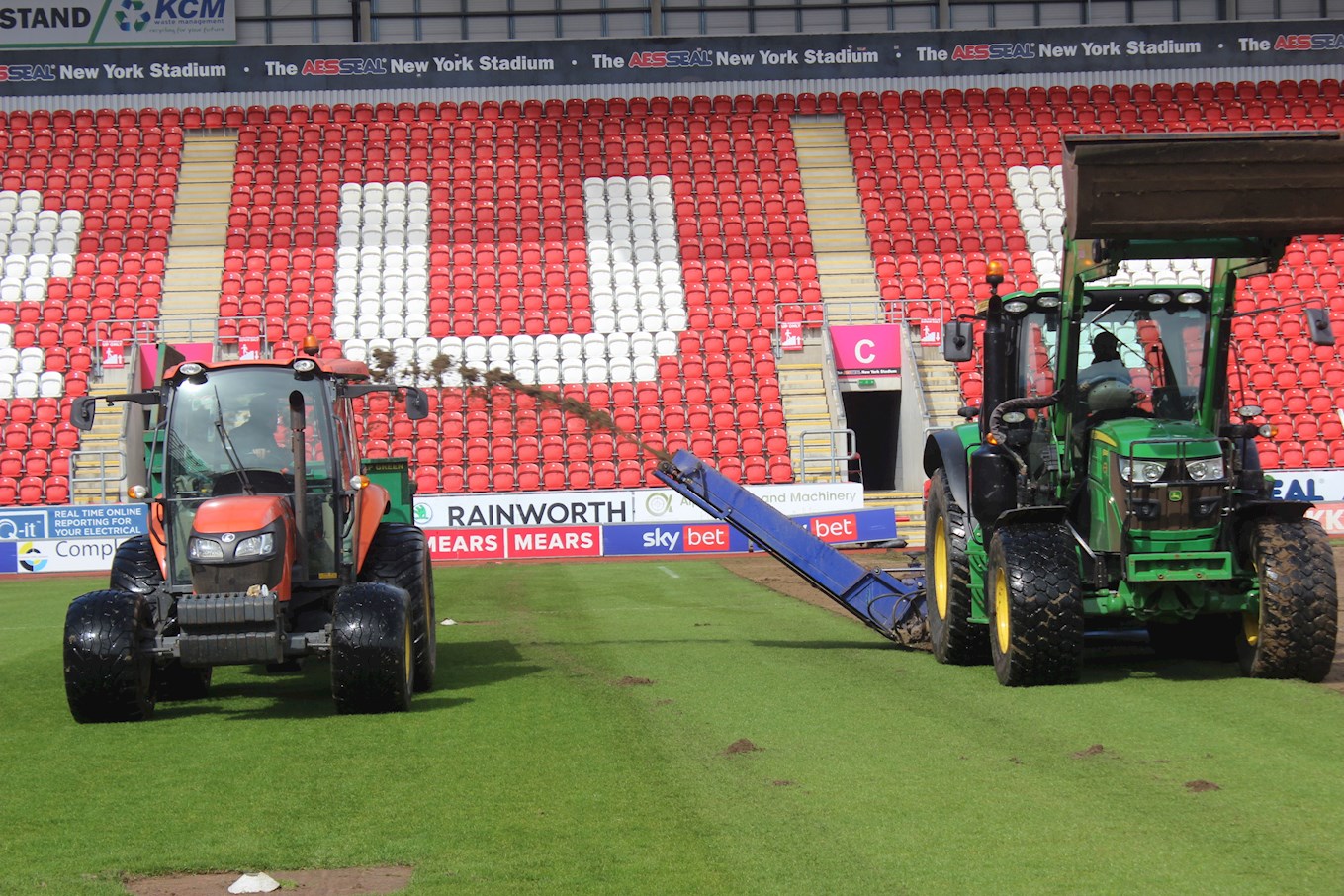 Despite what has been an unprecedented season with an incredibly high volume of fixtures in close proximity to one another - which also included three home games within a week - the grounds team once again maintained a near-immaculate playing surface right up until the final home game with Blackburn Rovers.

We would like to thank them once again for their efforts throughout the 2020/21 season and sincerely hope that you are able to enjoy seeing next year's greenery in the flesh upon the return of supporters to stadiums for the new campaign. 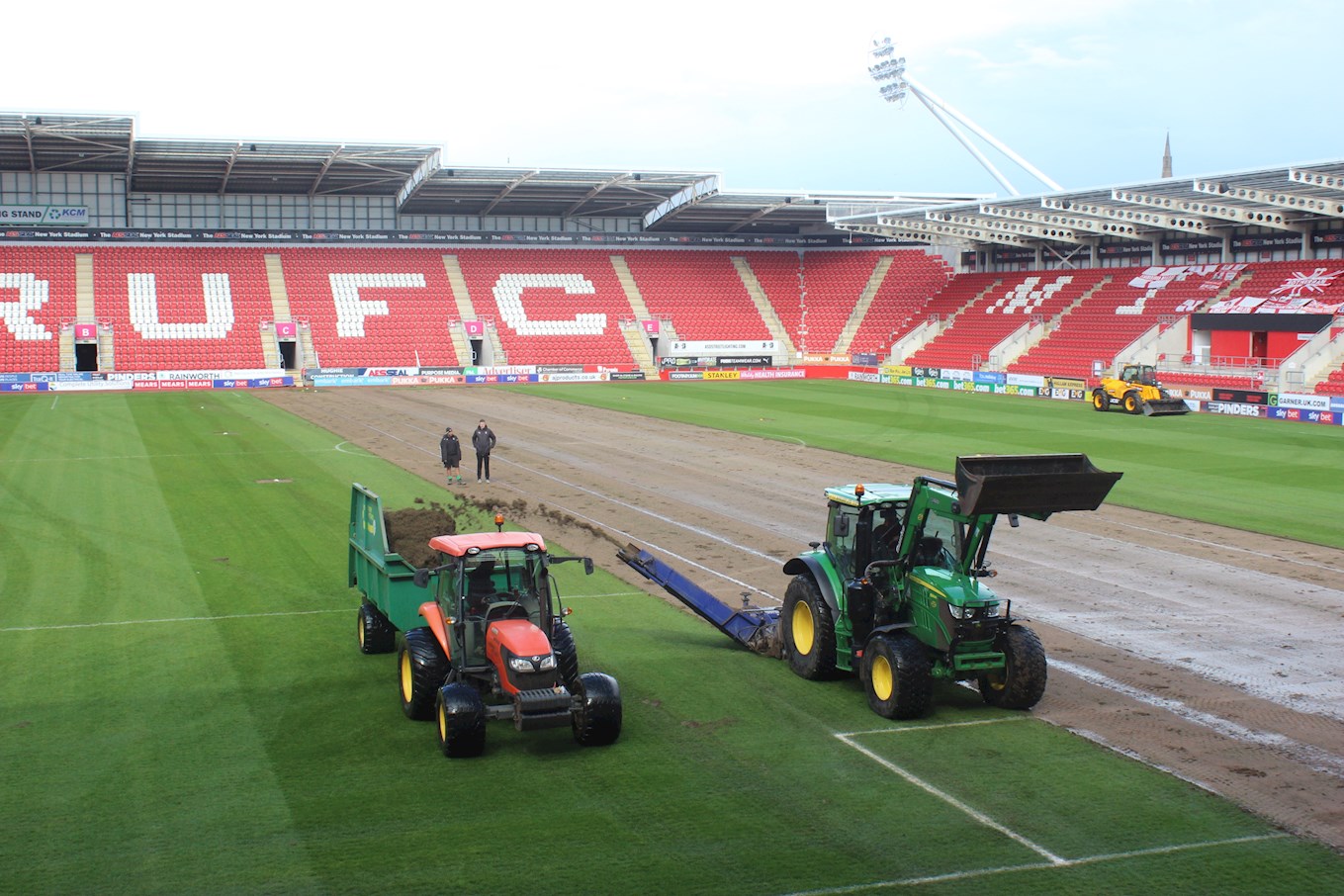