Rotherham United are delighted to announce a new multi-year deal with IPM Group to become the club’s new Stadium Facilities Management Partner and will see their branding proudly adorn all three of the Millers shirts during the 2021/22 campaign.

Following lengthy discussions with the company which has continued to grow and expand, despite the challenges brought about by the pandemic, the Millers have tied up this lucrative deal with IPM Group, who will assume a number of duties at AESSEAL New York Stadium as part of the newly-signed innovative partnership.

The IPM Group logo will be displayed on the club’s home strip for the 2021/22 season following its summer release, while Intelipod – a company who sits within the IPM Group family – will take pride of place on the change and alternate shirts throughout the forthcoming Sky Bet League One season.

As a result of IPM’s Directors and senior management being avid football supporters, and their subsequent understanding of the importance of club colours, it has been agreed that despite two different logos featuring on both home and ‘change’ shirts, as per the 2020/21 season the Millers will be able to continue to wear their red and white kit on the road where appropriate.

Alongside the marquee shirt sponsorship agreement, IPM Group will take on an active role in the matchday and day-to-day operations of the football club, serving as our Primary Partner for stewarding provision, CCTV monitoring and maintenance along with other facilities management services.

IPM Group’s philosophy of providing opportunities for all within the region was key for the club and with the company’s Head Office being based in South Yorkshire, this new arrangement promises to be one that fits in with the Rotherham United ethos of ensuring that we look to support people within our community.

All of the above details have been factored into a ‘multi-year’ deal which will also see an option to extend the front of shirt agreement beyond 2021/2022. 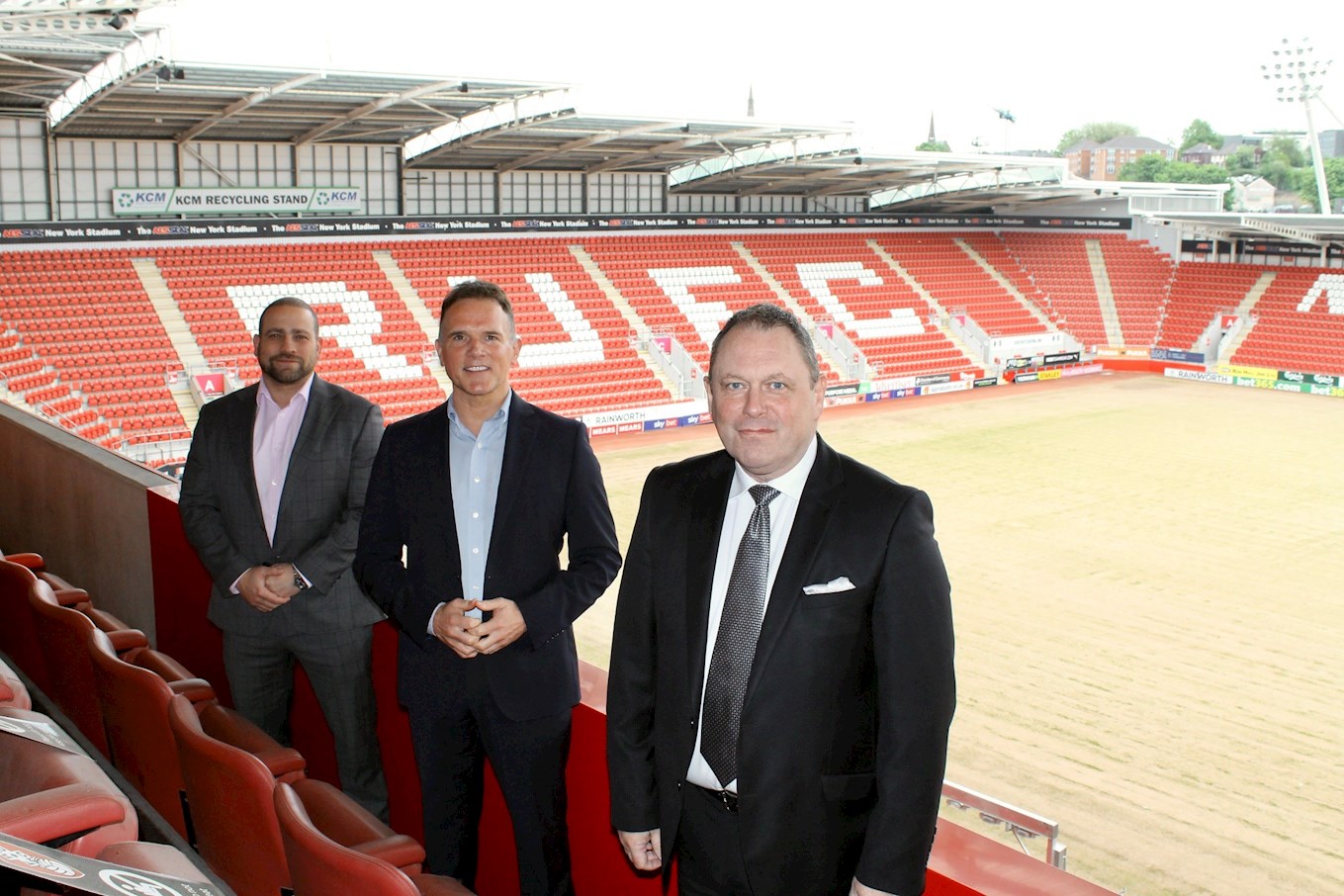 IPM Group’s Chief Executive Rick Bailey reaffirmed the company’s commitment to local employment upon finalising the deal, adding that the opportunity to work alongside Rotherham United will not only be beneficial for both parties but will further strengthen links with people within the town and beyond.

“We are delighted to secure this partnership with Rotherham United, and as a local company it gives us the opportunity to support and partner with what is very much a family and community-centred football club with excellent links in the area.

“We are aware how much the club means to the people of Rotherham and it is our aim to provide employment opportunities to those people at AESSEAL New York Stadium and within South Yorkshire."

“We very much share the club’s values in terms of its relationship with its supporters and that is something that we hope to build on through our affiliation with Rotherham United across a number of services that we will provide as part of this exciting new arrangement. Anyone seeking employment within the stewarding and/or security personnel industry should contact us 0114 218 0679 or email jobs@ipmgroupuk.com.”

IPM Group have been involved in supplying security services and CCTV monitoring to football clubs for many years and look after the safety and security of numerous Premier League footballers and their families.

After countless constructive meetings and exchanges throughout the pandemic, Rotherham United Commercial Director Steve Coakley was thrilled to see the finer details agreed on a significant commercial deal for the club ahead of the new campaign, citing IPM’s range of services and their company beliefs as key factors in his desire to bring them on-board.

“This agreement is not only a substantial one for the football club, but also an intricate one that has been discussed at length over the past few weeks and months as both parties have learned of the mutual benefits that working together will have going forwards,” he told www.themillers.co.uk

“While many other businesses have understandably had their progress stalled by the effects of the pandemic, IPM Group have continued to grow, launched new products, all whilst finding new and innovative ways of providing their services through their practices and technologies over the course of the last 12 months.

“Importantly for us, they have an ethos that aligns so well with our own values, this will have an all-round positive impact not only for our respective organisations but also for many local residents as they will be looking to recruit staff from within the region. This was not only reassuring but a big plus for the football club."

“We have all had to adapt and work in different ways to those we did before the pandemic and IPM’s ability to be forward-thinking and versatile in those circumstances is a prime example of the type of organisation that  we’re only too pleased to work closely in partnership with.”

To find out more about the IPM Group, click HERE.