Rotherham United Honorary Life President John Breckin has today chaired a meeting between a number of ex-professionals and supporters surrounding dementia and similar brain-related illnesses having received support from the PFA to look into the matter.

On Friday morning, Breck was joined by ex-Millers and teammates Richard Finney, Trevor Womble, Paul Stancliffe and Mick Leng alongside a number of fans with a vested interest in the subject at AESSEAL New York Stadium as football continues to look into the issue of trauma-induced illnesses.

Unfortunately, through John’s close association with a number of our former players, we are aware of the devastating impact that illnesses like dementia and Alzheimer’s can have and we have been deeply saddened to have lost so many Millers in such cruel fashion in recent years.

We have recently learned that Trevor himself has been diagnosed with this terrible disease, while the wife of our Rotherham-born former player Neil Hague has informed us that he is also suffering with dementia. 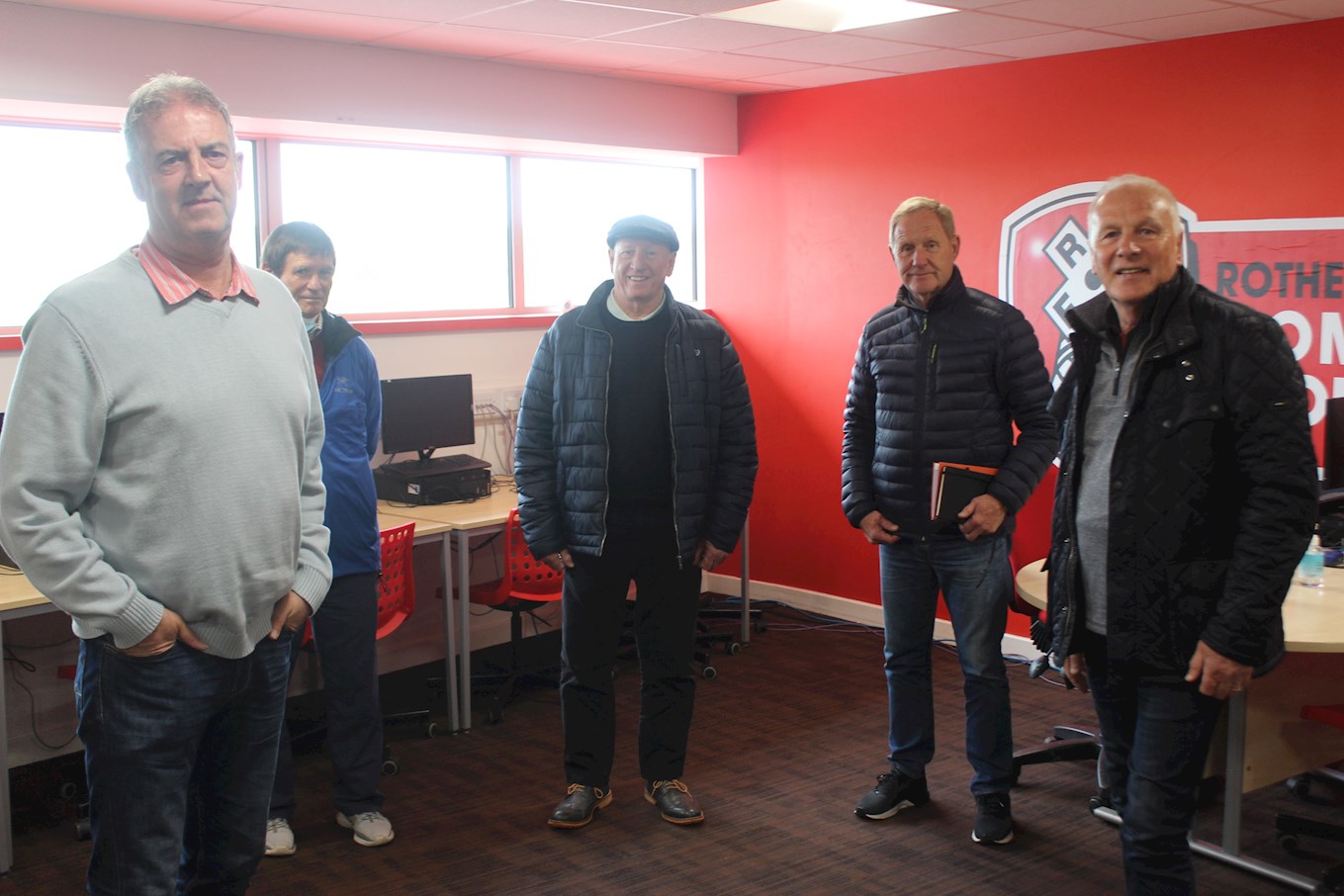 Also, as people may be aware, arguably our greatest ever player and England defender Dave Watson made his battle with neurodegenerative illness public in February of last year.

We fully support the efforts being made by the PFA, and indeed the football world, to look into the possible causes and preventative measures that could be put in place to ensure that future generations of players and families do not suffer the same heartbreaking consequences that those before them have had to endure.

The PFA continues to lobby the football authorities to join with them in researching all aspects surrounding the health of its players and their safety within the game.

In 2017, a field study conducted with the help of the FA and Glasgow Brain Injury Research Group showed that the ex-footballers participating in the study had three-and-a-half times the death rate due to neurodegenerative conditions than the control group.

7,676 former footballers were studied; each one grouped with three non-sporting members of the general public for comparison. The participants were matched by age, socioeconomic status and lifestyle to compare their risk factors and dementia status.

The group of players studied were all born between 1900 and 1976 - while the research did confirm a correlation, the findings do not definitively establish any specific cause for this link.

Research has since continued as we all look to find answers to the questions surrounding how we are able to prevent issues like this affecting the footballers of today and tomorrow, but here at Rotherham United, we feel that it is incredibly important to support these efforts in any way we can.

Having been contacted by the PFA, John Breckin will act as our group ‘lead’ on this matter and is hopeful of continuing to garner information on the topic from his friends and ex-professionals from within the sport by meeting on a regular basis moving forwards.

“It was great to get together and have a serious conversation about something which has so sadly affected so many of our former players and friends, even though it is sometimes a topic that people don’t like to talk about,” Breck told www.themillers.co.uk.

“This was just the first meeting of what we hope becomes an established group that we will look to grow and eventually get some fan involvement as we look to tackle the issues surround diseases like Alzheimer’s and dementia.

“We know that this issue isn’t just limited to people involved in football, but going back to how the game was when we played, it certainly looks likely that there is some link.

“We know that we aren’t going to find a cure ourselves as a group of ex-players and supporters, but what we can do is raise awareness and offer a support network for families of our former Millers and the people within this community, which hopefully will help us all to collectively learn and understand more about the issues that these awful diseases present.” 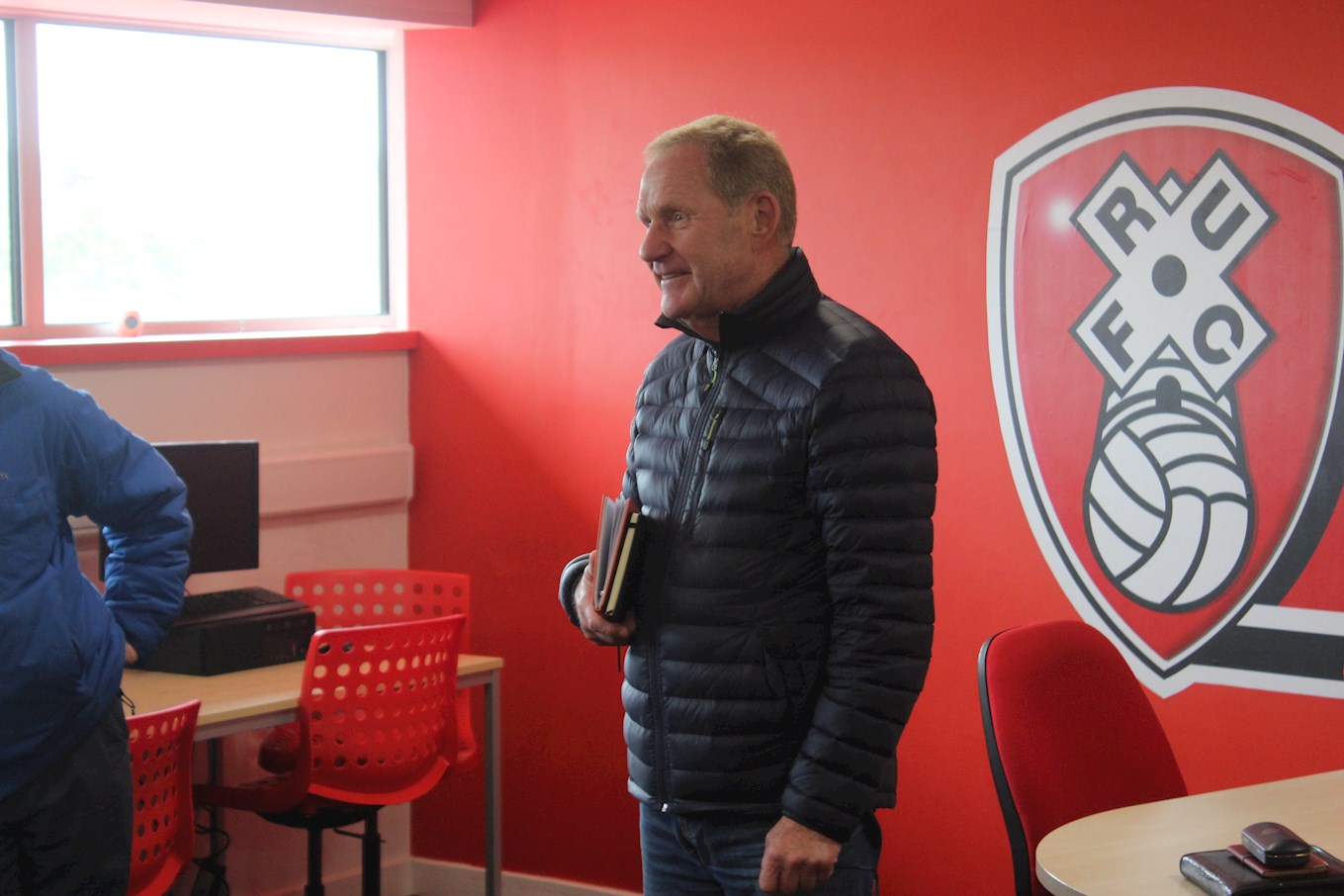