If there’s one thing that the coronavirus pandemic has taught is that you never truly know how much you’ll miss something until it is gone.

We’ve had a lot of that in the past year. Things we’ve perhaps taken for granted have been slowly taken away and we hadn’t quite prepared ourselves for it.

For Rotherham United Lead Foundation Phase Coach David Atkinson, it has been no different and he was not afraid to admit that the coaches in the Academy have missed face-to-face training, as much as the young Millers have during lockdown.

However now, as society continues to slowly open its doors, we’ve seen a return towards more ‘normal’ times and Atkinson insists that they are going to make the most of it.

"I think it is one of those things that you don't realise how much you miss it until it is taken away from you - that has been the same for us as coaches as well,” Atkinson told www.themillers.co.uk.

"It has however, proven that we can still very much keep the lads engaged while we are away from training, whether it be the off-season or bad weather. We know that within a couple of hours we can jump on a virtual call together and we can put on a fitness or skills session.

"I think the lads have come back with even more of an appetite after the lockdowns, rather than losing their love for the game, which is really encouraging. At the minute, there is a really good, positive atmosphere around the whole Academy because we all feel really happy to be back and even more appreciative to be playing football."

"The U8s went to the Forza Football Tournament in Bradford and won that which was really nice for them.

"It has been nice to see the youngest age groups kicking on as always and they have played in a range of formats this year which has been good for their development.

"We're really excited by all of the age groups but the current under 9s have had a very good season, showing a lot of promise.” 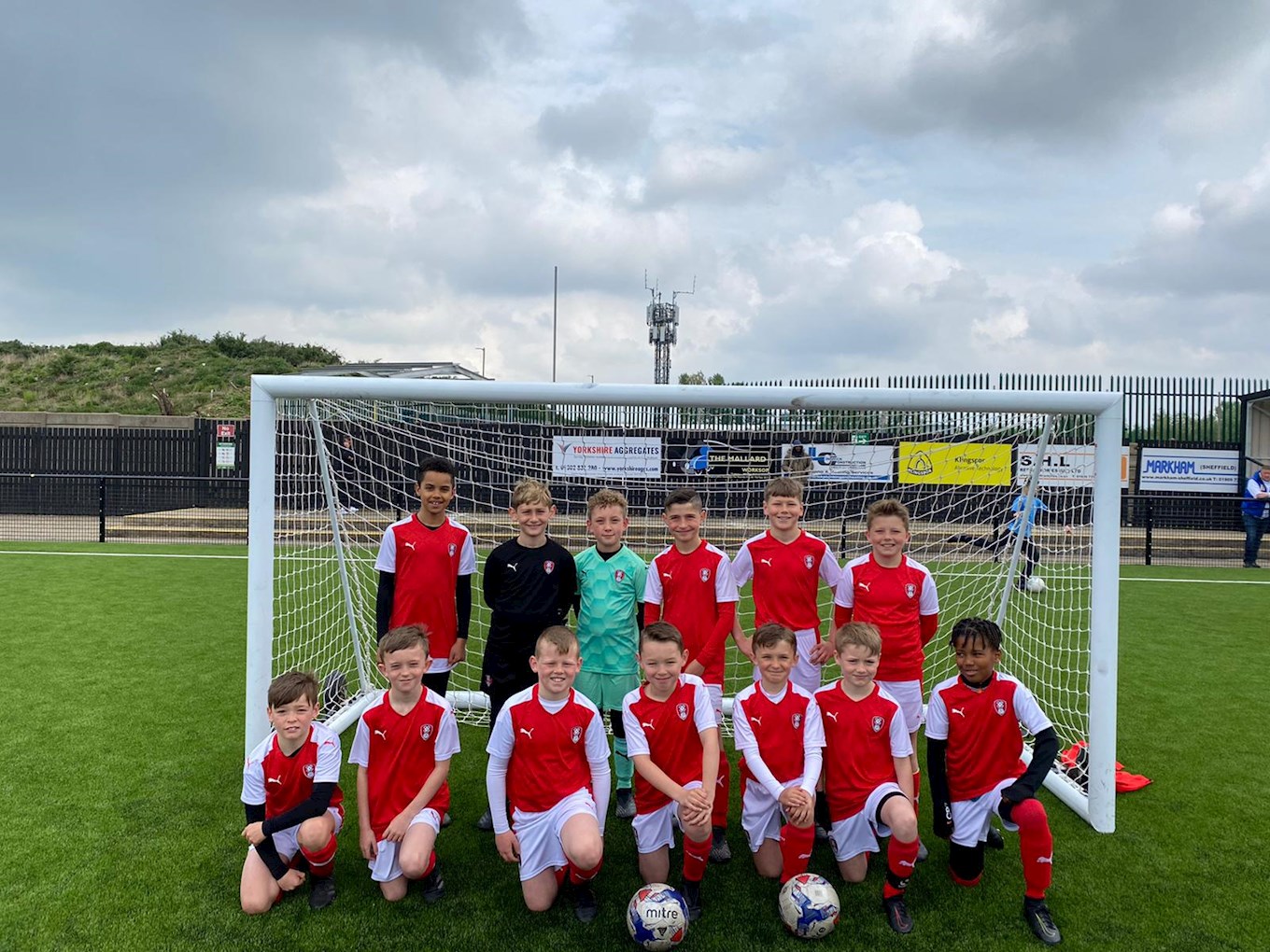 Of course, as much as it felt like it, the world did not come to a complete stop during the height of the pandemic. Well, virtually at least.

And It is the hard work put in during the time when playing was off limits that Atkinson believes has stood the youngsters in good stead.

As well as praising the players, he also pointed out the relentless hard work from everyone involved in the Academy set-up during an unprecedented time.

"The job has been difficult over the last year and it still is now with various protocols in place but I think we have done a good job of making the best of it.

"I think we have been a good 'constant' for them throughout the pandemic. I think and hope they've felt connected to the club even though we haven't seen them face-to-face.

"The home programme has been good for them, even though it is not what they wanted to do.

"I think we've come out of the pandemic really well in terms of keeping our players engaged throughout.We were doing three Zoom calls a week, whether that was for ball mastery, fitness, game analysis, or even just a social.

“As you can imagine, the staff have worked really hard for us in what has been a tough and unprecedented year and it goes without saying that i'd like to wholeheartedly thank every single one of them. They've all chipped in throughout the lockdowns to help us maintain that engagement with the players and that has gone a long way to keeping football on their minds throughout some uncertain times."

For the first time in a while we’re finally able to plan things and map out our lives again, in the hope that the situation continues to improve and the Academy, like all of us, intend on making up for lost time.

"We're planning a big off-season programme for the players which will keep them busy ahead of their return for the 2021/22 campaign. We're going to run the current season until June, rather than May, to give the lads a little bit more time with football.

"Over the next six or seven weeks we're looking to use the freedom to get involved in as many games, tournaments and festivals as we can. We'll be looking for different styles of games and different formats to get them the experiences they might have missed out on over the last 18 months.”