Rotherham United are delighted to confirm that local business PA Entertainments have signed a new agreement which will see them continue to sponsor our Man of the Match social media poll following each and every Millers fixture throughout 2021/22.

The initial agreement – which was penned midway through last season – presented the club with an opportunity to generate revenue in the midst of the pandemic and without supporters in the ground and PA Entertainments were quick to support when the chance arose.

Supporters following our official Twitter account will have noticed the Man of the Match vote graphic appear following the final whistle, accompanied by a poll which has regularly been decided between around 2,000 supporters at the full time whistle.

The deal also includes a follow-up web article on the club’s official website announcing the winner of each respective poll and features figures on how many people were involved in the vote as well as a note on who ran the winner closest.

As noted above, this opportunity originally arose to allow the club the opportunity to generate revenue during months when a number of other revenue streams were unavailable to us but this was not the first time that PA Entertainments had seized the chance to support the club during the pandemic.

Millers fans may also remember the club’s home at AESSEAL New York Stadium being lit up in the NHS colours and branding to pay homage to the country’s key workers in the most critical months of the coronavirus outbreak. This service was provided by PA Entertainments, who did similar charity work with our local neighbours at Barnsley, Sheffield United and Sheffield Wednesday. 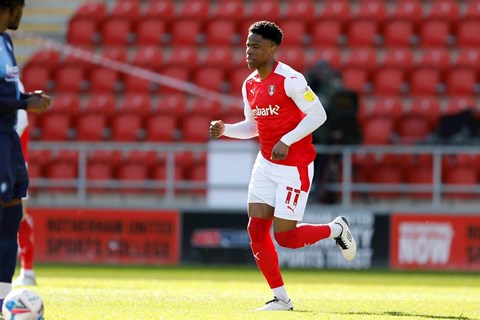 Speaking after completing the extension to the deal, Adam Nicholson of PA Entertainments said:

“We’re once again delighted to have agreed this partnership with the Millers to carry on sponsoring and recognising the Man of the Match on social media.

“It is always great to see the fans engage with the club, whether that be on the internet or in the community and Man of the Match poll provides everyone with an opportunity to have their say on who they think has been the best player on the day.

“As a local company, we’re always looking for a way to give something back, so keep your eyes peeled for the exciting competitions we’re planning on running next season!”

We struggled picking four - and we accept we might be wrong - but it is time to pick your @paentsuk Man of the Match from the victory over Queens Park Rangers.#rufc | #ForeverTogetherForeverProud