Whilst the close season has meant some well-deserved rest for most of the Rotherham United squad, the action hasn’t stopped for a number of Paul Warne’s side who have been involved in international fixtures over recent weeks.

One of those players is Joshua Kayode, the young forward returning to the club on the back of another prosperous loan spell in Cumbria with Carlisle United and keen to make an impact with the Millers ahead of the kick off of the 2021/22 campaign.

Following the conclusion of his time at Brunton Park, Kayode has been in action for the Republic of Ireland U21s as part of a warm weather training camp which saw them play three fixtures whilst overseas.

We have of course been treated to some sunnier climes here on English shores recently, but Kayode insists he and his young Irish teammates have benefitted from the rigours of training in the heat out in Marbella during the club’s off-season.

"The weather is hot, it's tough and they put us through our paces,” he told www.themillers.co.uk.

"You get tired a lot quicker because you're not used to the weather. You have to take a lot of fluids on board when you can. It definitely makes things a lot harder but you just have to work through it.

"It's a brand new squad this year so most of the lads haven't played with each other before. It was good to get us all together and get us ready for the campaign when it does begin."

JJ is a very likeable character, but his drive to succeed is also clear for all to see and that desire to impress has not dwindled despite footballers not involved in international matches using this time to rest and recuperate ahead of the new season.

"I was happy to go away with them and be a part of a new squad,” he said of his time with ROI in Spain.

“Hopefully I've done enough to receive another call-up when the campaign starts in September.

"At the end of the day, I'm out there trying to make a good impression so the weather didn't really phase me as much.” 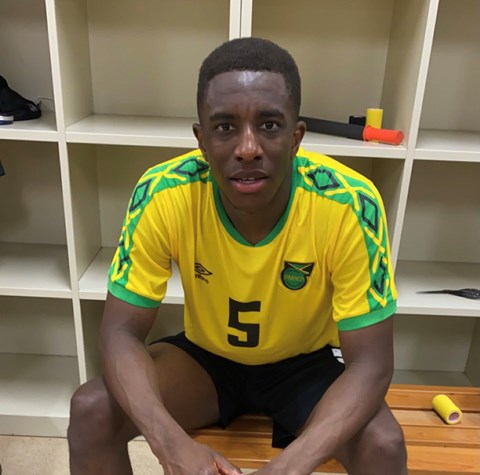