Despite healthy competition which was bolstered on the final day of the season by Lewis Wing with his stunning volley against Cardiff City, it comes as no surprise that Freddie Ladapo’s stoppage time winner against Sheffield Wednesday at Hillsborough has been voted by you as the 2020/21 Goal of the Season – sponsored by Cascade Drainage.

With time ebbing away and some danger for the Millers to defend in the form of an Owls’ corner, nobody could have predicted what would follow as Paul Warne’s side countered to devastating effect with Ladapo crashing home the winner, where others may have taken the ball towards the corner flag.

Cue rapturous scenes on the Hillsborough pitch and Freddie’s name being immortalised in Rotherham United history, having helped the Millers to secure their first ever league double over Sheffield Wednesday.

As is usually the case at our End of Season Awards Dinner, the Goal of the Season vote was put to the supporters, who picked out a goal that was more than just a strike – rather a moment for the history books. 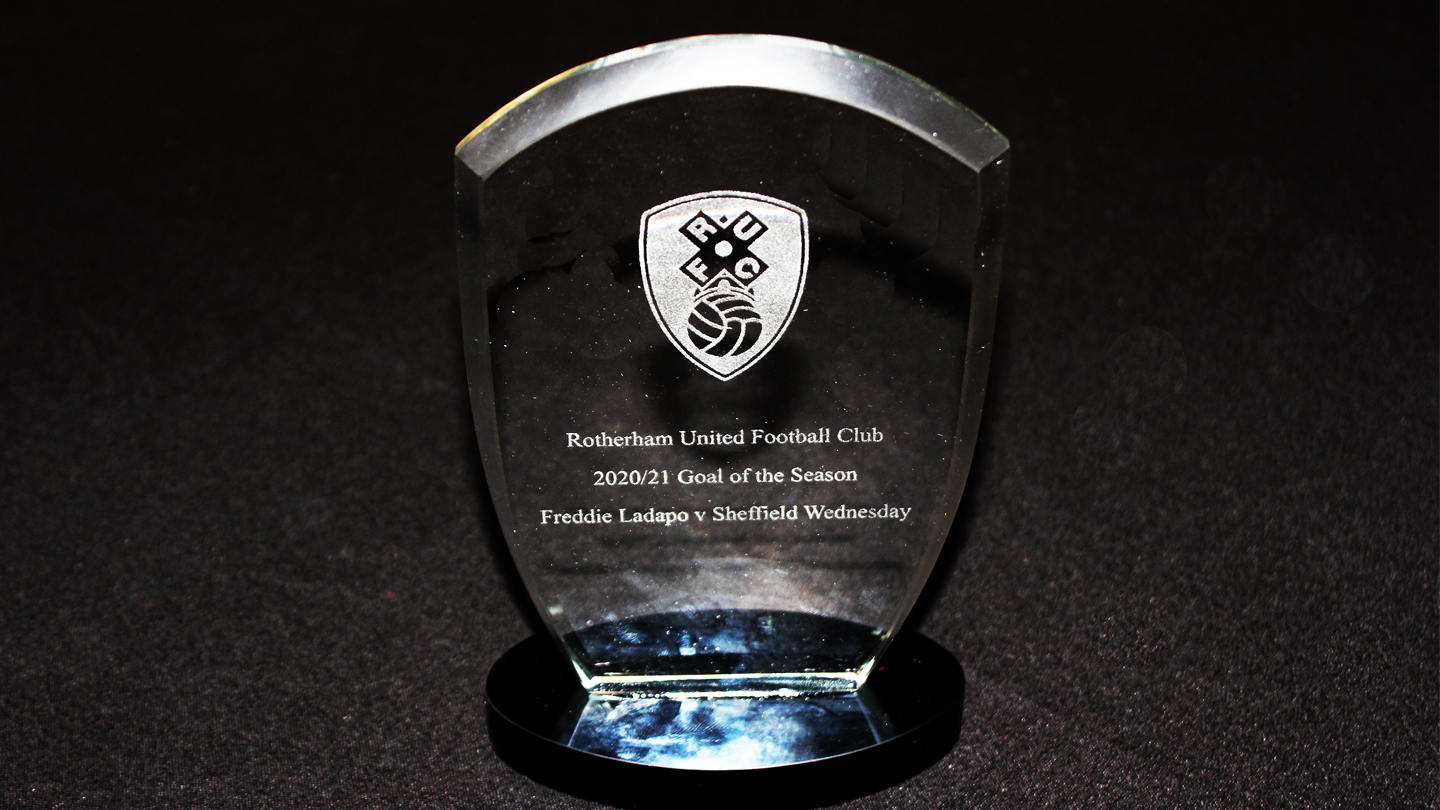 Ladapo had a second entry in the vote in the form of a goal against Watford, whilst Wing’s strike versus Cardiff City was nominated alongside goals from Ben Wiles, Michael Smith and Matt Crooks against Huddersfield Town, Queens Park Rangers and Middlesbrough respectively.