Rotherham United are delighted to welcome Elior UK as the club’s new Catering Partner following the agreement of a three-year contract which has been agreed ahead of the 2021/22 season.

The new partnership will see Elior UK take charge of the catering services operation across AESSEAL New York Stadium and will include matchday hospitality, matchday retail and non-match day conference and banqueting – capable of welcoming up to 600 hospitality guests – whilst they will also oversee the running of the concourse kiosk sales for up to 12,000 spectators on matchday. 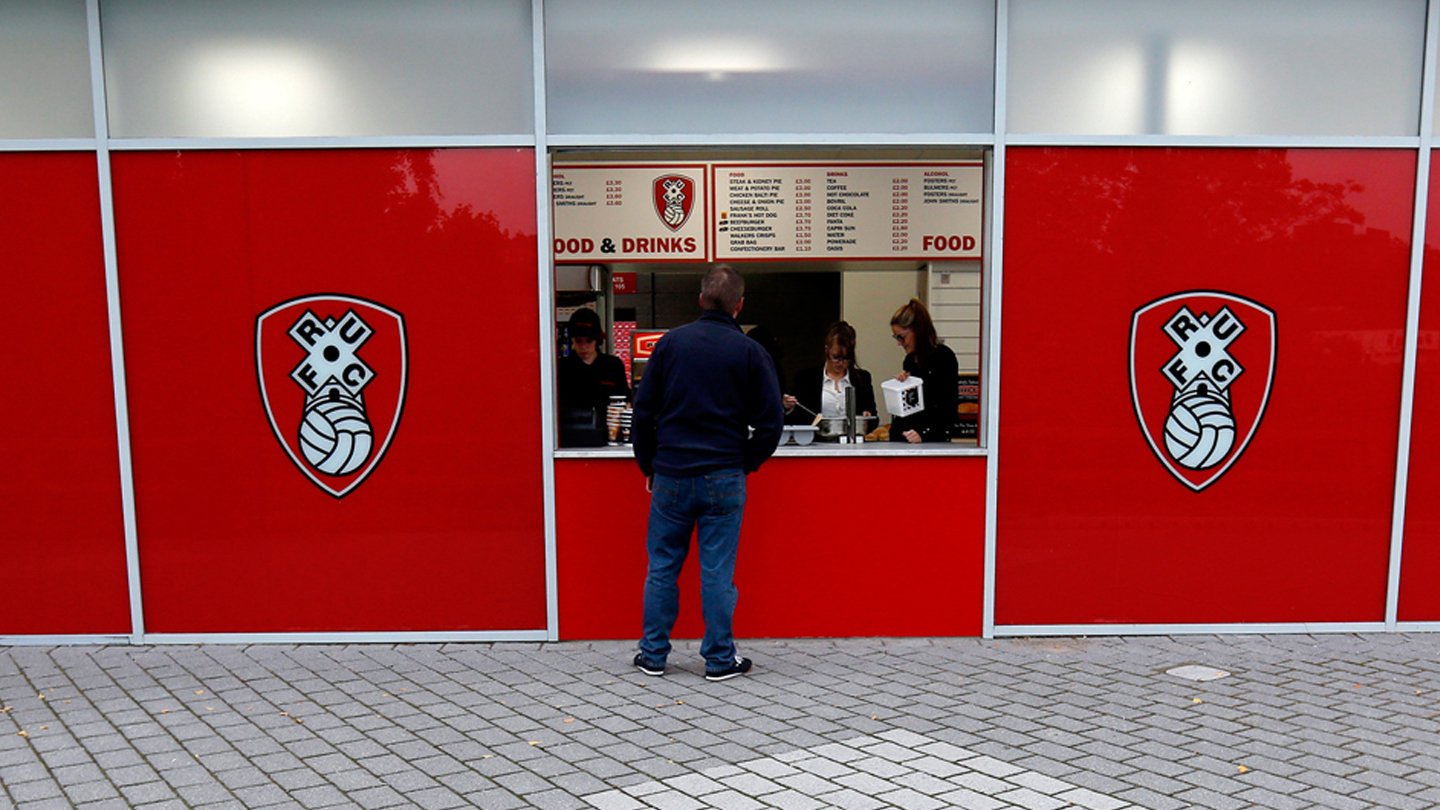 The new deal will see Elior UK take over the running of the food outlets in and around AESSEAL New York Stadium, alongside the club's hospitality and events catering

Following extensive conversations over the summer with representatives at Elior UK, we are incredibly excited to be partnering with them for the next three years and are looking forward to working alongside a company with such a high-profile within the industry, in anticipation of the return of supporters to AESSEAL New York Stadium.

Elior has an excellent track record in stadia and events and was successful in in winning the contract against a number of competitors as a result of their outstanding reputation in customer service coupled with their innovative approach to the sale of food and drink.

With safety being at the forefront of everybody’s minds as we plan for the return of spectators, Elior will also introduce click and collect ordering through their Breaz digital app and cashless payments across all services, which we hope will revolutionise the way in which we are able to cater for our supporters both on matchdays and through the week.

“During the tender process we have been working hard to ensure we exceed expectations when fans return to the stadium and looking at many new ways to improve the fan experience.

“We are excited about the journey that lies ahead, and we recognise that fan engagement is key to the success of our partnership. I look forward to welcoming you back."

“Having completed a pretty rigorous and lengthy tender process it was universally agreed by the Board of Directors that Elior were the strong front runners and the best fit for Rotherham United.

“Culturally we share many core values and that is always high on our agenda for any partnership that we look to enter in to.

“There is no doubting the capabilities of Elior who undertake similar services at many other sporting and non-sporting venues across the world and continue to increase their portfolio with each year that passes by.

“We are delighted that their list of partners will now include us and we very much look forward to mobilising our venue in readiness for the eagerly welcome return of supporters, corporate and C&E guests at the AESSEAL New York Stadium.”