Everyone at Rotherham United would like to place on record our thanks to our iFollow Millers commentary team of Matt Goodwin, John Breckin and Les Payne for keeping our supporters entertained and engaged from afar throughout the 2020/21 season.

With supporters unable to attend matches at AESSEAL New York Stadium for the entirety of last season, we were incredibly grateful to see so many of you turn to our iFollow Millers service which provided a live feed of the match coupled with audio commentary from our beloved trio – all whilst supporting the club through the revenue generated in the absence of ticket sales.

Matt, Breck and Les – who also affectionately became known as the Three Musketeers for their on-air antics and camaraderie – were on-hand for every single match played at AESSEAL New York Stadium throughout the 2020/21 campaign and, in our opinion, rightly earned plaudits for their informative but laid-back commentary style from our fan base.

We talk about it all the time at Rotherham United but our culture means so much to us. It is who we are and ‘getting it’ is something that we consider invaluable, whether that be the first team manager and players or the club’s cleaning and office staff.

We certainly felt as though having Matt, Breck and Les in the commentary box, there was a little bit of ‘you’, the supporters, with us at AESSEAL New York Stadium last season.

Les Payne’s ability to retell the story of a goal scored by Peter Madden in the 60s or muse about what flavour Pukka Pie Ronnie Moore used to enioy after games was akin to the tales told by the most avid supporters.

John Breckin is Rotherham United. There probably doesn’t need to be much more said about him. A more passionate Miller you will struggle to find, but being able to share his many (and there are loads!) clichés and football expressions with the wider public has been something we have loved doing. Before the coronavirus pandemic, ‘Breck Bingo’ was not a game we played in our living rooms and kitchens, but now Saturday matchdays aren’t complete until we’ve heard “put it on the island” or “stick it in the tramlines”.

Of course, keeping the aforementioned pair in check isn’t easy – and we appreciate that at times conversation has wandered into weird and wonderful territory – but the expertise and slick delivery of lead commentator Matt Goodwin has been second-to-none and we are incredibly grateful to him for finding the right balance between a professional production and conversation akin to that which takes place on the terraces and in the pub every Saturday.

As well as becoming popular with our own supporters, the trio had praise heaped on them from the fan bases of other clubs – particularly on the occasions when our visitors were unable to provide their own audio commentary.

Articles praising their calling of the action during the home game against the Potters appeared in the Stoke Sentinel, while a little corner of Luton were also equally complimentary of our Yorkshire lads and their approach to match commentary.

A club-produced commentary is always going to have some element of bias, but we hope that you agree our iFollow Millers team of 2020/21 always tried to deliver as fair and informative description of proceedings as possible.

With all of the above considered, it was our pleasure to get Matt, Breck and Les down to AESSEAL New York Stadium for a special presentation in the summer, during which they were given a commemorative acrylic block – complete with their illustrated pictures and a plethora of John Breckin phrases! 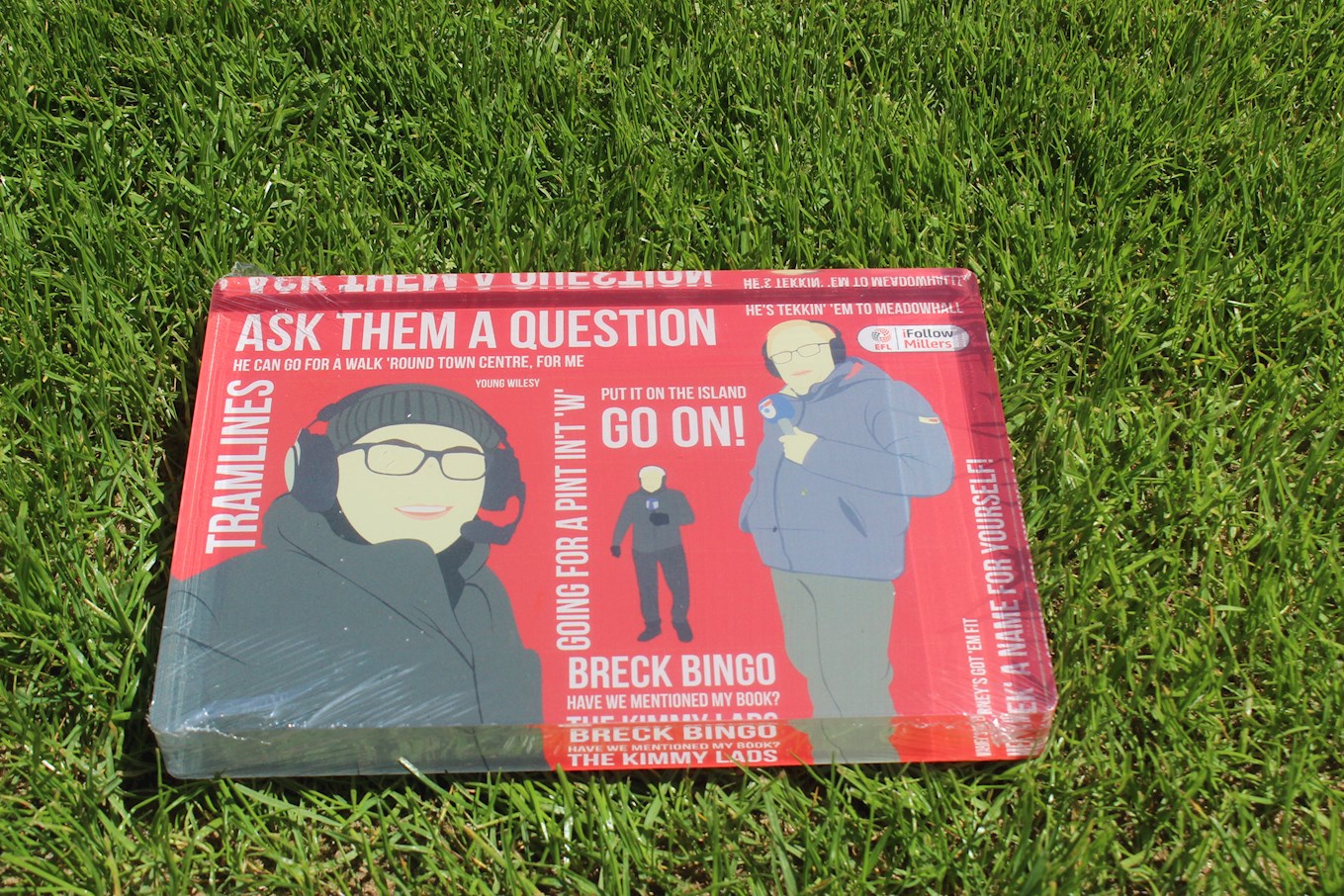