Everyone at Rotherham United has been deeply saddened to learn of the passing of our former Kit Man Adam Curtis.

Adam joined the Millers during our time at Don Valley Stadium and was a part of the journey which saw the club return to Rotherham and the AESSEAL New York Stadium when it was opened in 2012, enjoying promotion from Sky Bet League Two and Sky Bet League One whilst on the staff in 2012/13 and 2013/14.

He was a part of the backroom team during the managerial tenures of Andy Scott and Steve Evans and was a popular figure amongst everyone at Rotherham United. 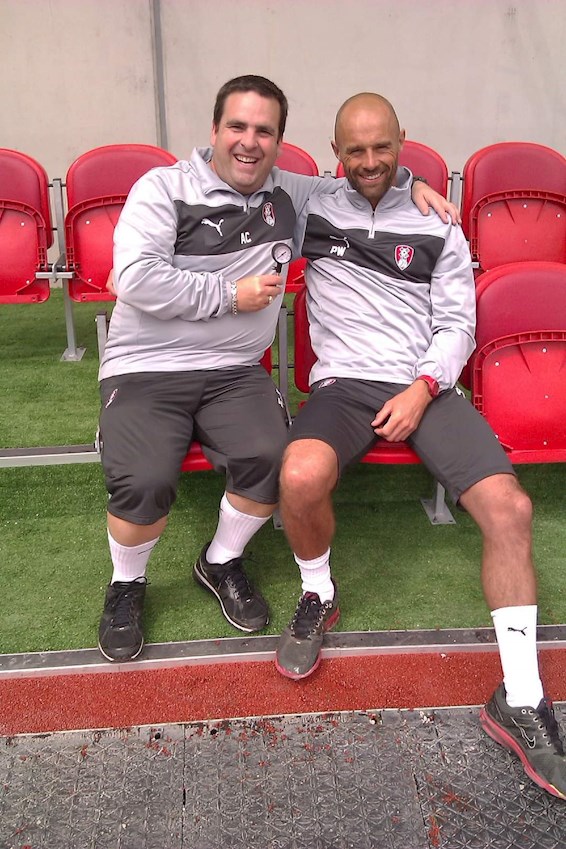 Adam was popular with players, coaches and club staff alike and is pictured here with current boss Paul Warne during his time as Kit Man with the Millers

Adam was a friendly, larger-than-life character whose presence was always noticeable in the way in which he could fill a room with his infectious personality and the news of his passing comes as a shock to us all here at Rotherham United.

We would like to extend our heartfelt condolences to all of Adam’s family and friends at this incredibly difficult time.