Rotherham United manager Paul Warne will use tonight’s friendly with Hungarian outfit III. Keruleti TVE to try out a different system, as preparations continue ahead of the 2021/22 campaign.

The Millers have stepped up their pre-season programme by jetting off to the Hungarian capital Budapest this week for a training camp and will take on the third tier side this evening at 7pm local time (6pm GMT) in a training game.

Paul Warne’s men opened their friendly campaign with an 11-0 success over near neighbours Parkgate, in a game which saw the Millers’ boss use the opportunity to give members of his first team squad 45 minutes each. 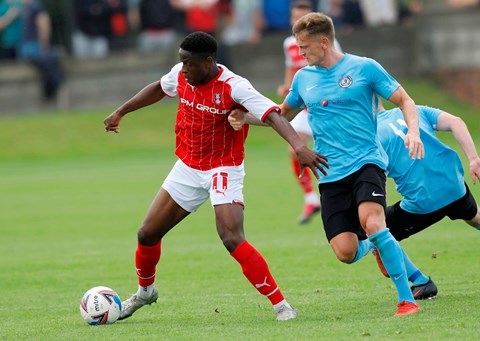 We can only apologise to our training wear sponsors @DutyHolderGuide, but the lads have ditched the tops in an attempt to cool off! 😰#rufc | #ForeverTogetherForeverProud pic.twitter.com/Ojl4uKm9a5

The boss is still yet to finalise his plan for tonight’s fixture but admits he’s looking forward to seeing how his charges get through the game, as – by the time they’ve taken to the field – they’ll have had two training sessions through the day.

“With the 40 degree heat here it might be 20 minutes each,” Warne joked.

“I think this game might be a much quicker pace, it is a really fit team we’re playing, I watched them train this morning and they looked sharp.

“It will probably be a case of 45 minutes each for our players, but I’ll see how it goes. We’re going to experiment with a different system and use the players that we have here. Of course, we’re treating this as a bit of a training match."

“Me and Richie have had a meeting about formations and systems and we want to be adaptable next year.

“We’ll still do two training sessions today ahead of the game to set another challenge for the players.

“The result isn’t the main thing this evening, of course we’d like to win, but fundamentally we want to see how they adapt to different systems and if we can come through it injury free.” 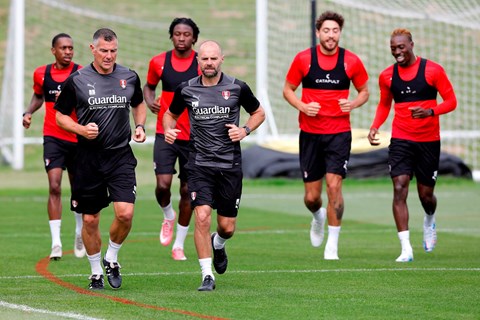