The draws for both the Fourth Round and Fifth Round of The Emirates FA Cup will take place on Monday 11th January.

Hosted by Reshmin Chowdhury and conducted by Peter Crouch, the draws will form part of BT Sport 1’s pre-match coverage of the Third Round tie between Stockport County and West Ham United.

The Fourth and Fifth Rounds are due to take place over the weekend of Saturday 23rd January and Wednesday 10th February respectively.

The Millers will be ball number 10, if they progress past Premier League side Everton in the Third Round on Saturday. Ball numbers for the Fifth Round will be generated once the Fourth Round has been drawn.

The numbers for the Fourth Round are as follows: 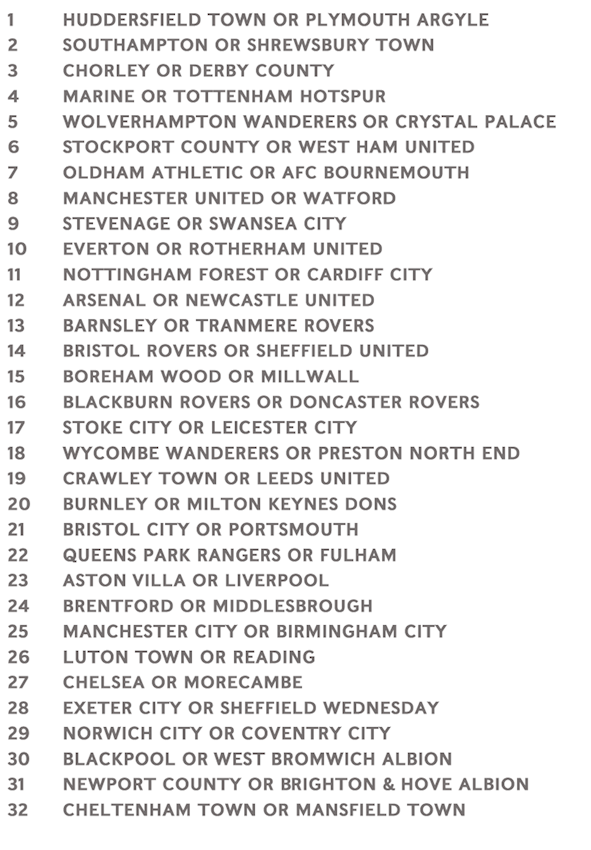