The wait is over and the man with possibly the greatest Rotherham United story ever told finally has his book out!

With pre-ordered books making their way out to Millers fans across the world, Breck was keen to make sure that club Chairman Tony Stewart was the first get his hands on a hard copy of the story of his life, following the book’s February launch.

Breck was on hand to present the Millers’ Chairman with the very first copy of the 2000 which will end up in the hands of supporters from Masbrough to Melbourne over the next few days, as a thank you from the club legend to Mr Stewart for the role he has played in the club’s growth since his appointment as Chairman. 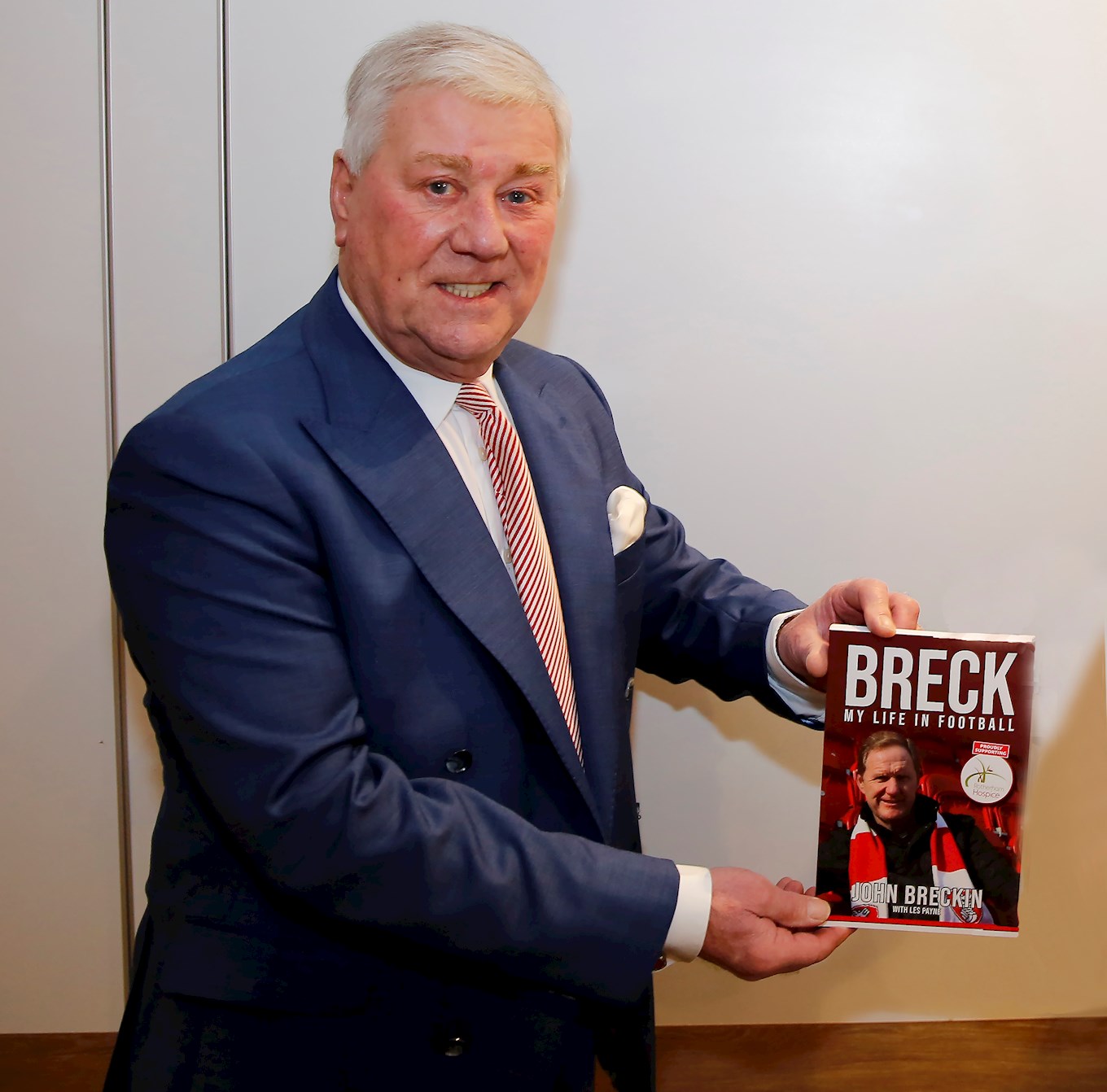 Not only does Breck’s book promise to be an absolute must-read for Millers fans of all ages, but he has also made sure that his story will benefit a charity incredibly close to his own heart in the Rotherham Hospice. Rather than keeping money from sales of his book, as many do, instead a percentage from each sale will be sent as a donation to the hospice.

Breck, whose wife passed away in the care of the Broom-based charity, recounts that emotional time in his life within a chapter in the book, putting onto paper the immeasurable impact their staff had on him and his daughter, Jess.

Speaking following the book’s long-awaited release, Millers legend John expressed his delight at the way the final copies have turned out, whilst once again thanking everyone who has purchased a book to date.

“I know it may have felt like forever to anyone that has listened to iFollow commentaries this season and heard me shamelessly advertising it, but the book is finally here and I can’t put into words how pleased I am with it,” he told www.themillers.co.uk.

“I was really keen to get the first copy of the book into the Chairman’s hand, as a little reminder that we are still incredibly grateful for what he has done for our football club.

"I have seen the good, the bad and the ugly at Rotherham United and my book tells the story of most of that, but the work that Tony has done has really taken our little club on to the next level and then some.

“I think I had enough stories to fill about three more books to be honest, but we’ve managed to condense the best ones down for just one - we’ll have a couple of years off before we come up with the bright idea of a sequel!

“I really, really hope that Millers fans enjoy it. I didn’t want it to be about me as such, and I think we have captured that in the book. There are fantastic stories about the many personalities that I have been lucky enough to meet in my many years involved with the club, whether it be the famous Derek Dalton, stories about the 80/81 lads or the Dirty Dozen from mine and Ronnie’s time at the helm.

“I can’t thank Les Payne enough for the countless hours he has put into the production, although part of me thinks it has kept us both sane in lockdown!

“Danny Hall from Vertical editions has done a fantastic job with everything to do with the actual publication from the cover, to the pictures inside which are excellent quality.

“I know some people will see my name in big letters and my photo on the front and think ‘that’s a bit self-indulgent’ but that is absolutely not the intention of bringing out the book.

“I wanted to put down into words all of the fantastic memories that myself, and other Millers have experienced, but most importantly, raise some more money for the Rotherham Hospice, who I will never have enough words to thank.”

Stock has now arrived in the Red and White Shop meaning that any supporters who have not pre-ordered this Millers must-have can buy theirs now online, HERE.