Rotherham United forward Jamie Proctor has contacted the club's media department expressing his desire to share the below letter, containing his thanks to the club’s staff, his teammates and the Millers supporters for their support during what he describes as being ‘the toughest period of his career’.

The 28-year-old departed for Wigan Athletic on loan in the January window and with his contract at AESSEAL New York Stadium expiring in the summer, he looks set to end his four-year stay in South Yorkshire.

Proctor has endured an incredibly difficult spell during his time with the Millers having had his early promise curtailed by a season-ending injury against Charlton in 2017/18. In the same season, he was given the honour of leading his side out at Wembley by boss Paul Warne, who recognised his contribution to the squad and how much it would mean to the forward - who would have, of course, loved to have been involved on the pitch on that unforgettable day in the capital.

The Preston-born forward had been a popular figure at Roundwood and unbeknown to many supporters, has also undertaken a lot of charity work during his rehabilitation.

Jamie made contact with the club requesting to publicly issue the following message:

To the staff, players and supporters of Rotherham United,

I wanted to write a message to thank everyone for the past four years at such a wonderful football club.

Rotherham United is such a welcoming club. The players, coaches, supporters, office staff, cleaners, caterers, ground staff, the community team. No matter who it is, everyone has shown me so much love and respect.

This has no doubt been the toughest period of my whole career and there have been a whole lot of ups and downs. I genuinely feel like my time could have played out so differently but for the injuries. But such is life, we move on and deal with the hand we have been dealt. There is no time for regrets.

Despite this, the medical staff especially have been incredible for me and shown the kind of support I never expected. For that, I want to thank every single one of them. I couldn’t have been in better hands.

In between the many surgeries there was a special goal against Sheffield United and two promotions to the Championship (although I mainly watched from afar).

But, by far my best moment was having the honour of leading the lads out at Wembley. I will never forget this and can’t thank the manager enough for allowing me the privilege of taking his team out on what was probably the proudest day of his career. This is the kind of human being he is. A genuine person above all else, man before manager. 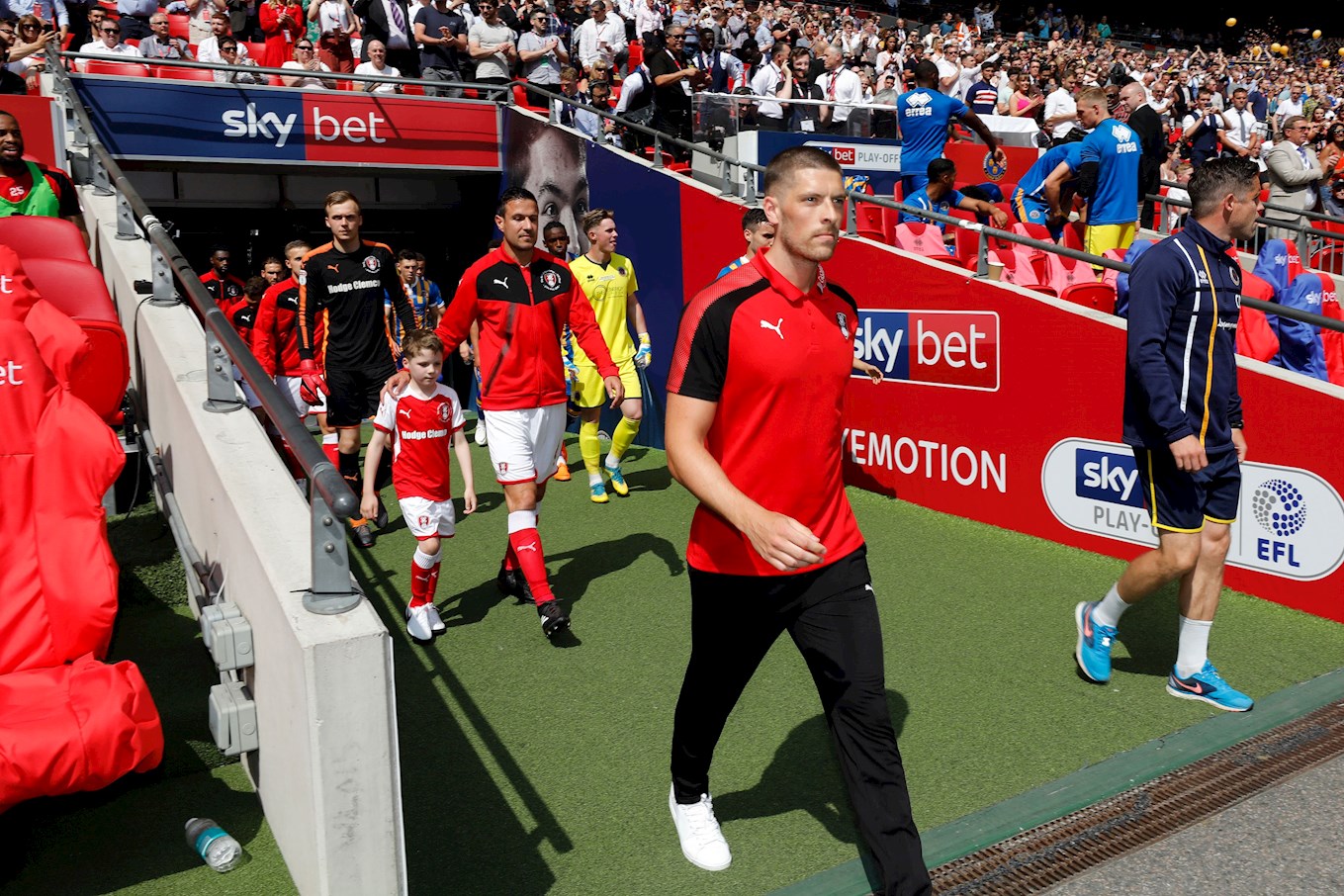 I wish every success to the whole club, especially the Gaffer, Richie & Hammy who have been a great group to work with every single day. Like any working relationship, we had our moments but ultimately, they want what’s best for their players, and they made it an environment you wanted to go to work.

I know the fans only briefly saw what I could offer, but they have been so supportive throughout. Those who have contacted me and the many others who have made kind comments about my return from injury means an awful lot to me. Football is not the same without fans, and the Millers support are up there with the most loyal I have played for. I wish I could have shown you more of what I was capable of had it not been for the injury, but I hope you appreciate that I always gave 100% for the shirt.

Lastly, thank you to my teammates past and present, who without them the past few years would have been much more difficult. There are a lot of genuine, amazing people in the dressing room and there have been many more throughout my time there. For the positivity, advice, laughs and support. You know who you are. I am always available whenever you may need me.

I will be keeping a close eye on the club and have no doubt there will be many more successful times to come!

Take care Millers, thanks for the past four years.