During his time as a Rotherham United player, Chiedozie Ogbene has been no stranger to battling adversity and coming out on top.

Cast your mind back to Solihull Moors in the Emirates FA Cup Second Round last season. At 3-0, the Millers were down and out. All hope of progressing, looked lost.

The flying-winger, played a huge part as the team fought their way back, with three assists to complete a miraculous turnaround to win the game 4-3.

Now, with fortune seemingly deserting the Millers in recent weeks, Ogbene knows that he and the team will have to roll their sleeves up and fight again, ahead of the final four games of the season.

And, having missed so much of the campaign through an injury he sustained back in October, he admits that he’s motivated to make what he labels as a telling contribution to the season, just like he did so many times last term.

“I know how I felt that night (against Solihull), adrenaline was running through my veins and I want to get that feeling back again,” Ogbene told www.themillers.co.uk.

“The fans never got to see this team in the Championship, we’re determined to do it for them, so that they can see us play in this league when they are back.

“I know the energy they give us and I would love to create more memories with them again, it is a great feeling. I only look at our matches and what we can do. It is irrelevant what other teams do, because we have to win our games. Our mindset now is that we have to win every game. If we can go out and do that, I feel like everything is possible.

“Our destiny is still in our hands, I really want to get another chance in this league and after the injury I think I owe it to myself. From a team point of view, I feel like we really deserve to be here, it is just unfortunate that we haven’t collected as many points as we feel we deserve. The characters and the players we have in the dressing room still have the fight in them and we are still working hard.

“Right now, I want to feel like I’ve contributed to this season. I want to score the goal or create the chance that keeps us up. However, even if I don’t do that and we still stay up I’ll be delighted. I want to be involved in everyway possible, but all that matters to me is winning as many games as we can until the end of the season.”

With so much of the season passing him by, Ogbene is someone who will feel like he has a point to prove at second tier level.

Now, with the 23-year-old showing signs of getting back to his electric best during Saturday’s South Yorkshire derby against Barnsley, he’s looking to continue that form against his old club Brentford tomorrow.

“I believe in myself and I feel like the management and my teammates do as well. I thought I’d started the season well and unfortunately the injury set me back. However I do believe I can do it in this league and as a team we believe in the team that we have here as well,” he continued.

“I’m very happy to be back, it has been a long six month road to recovery, but I feel like I’m getting my sharpness back now and at such a crucial stage of the season where we need everybody. I believe my attributes and my skills can really help the team and I’m delighted to be out there with them again as we continue to fight for points."

“I never expected after being out for so long to come straight back in, we’ve had players who came in during the summer and others who have stepped up from last season. Of course, I believe that anyone who is put out onto that pitch is going to fight and do their job. I can see how hard the boys work and I know to keep my place in the team I have to show the same intensity and match their work-rate.” 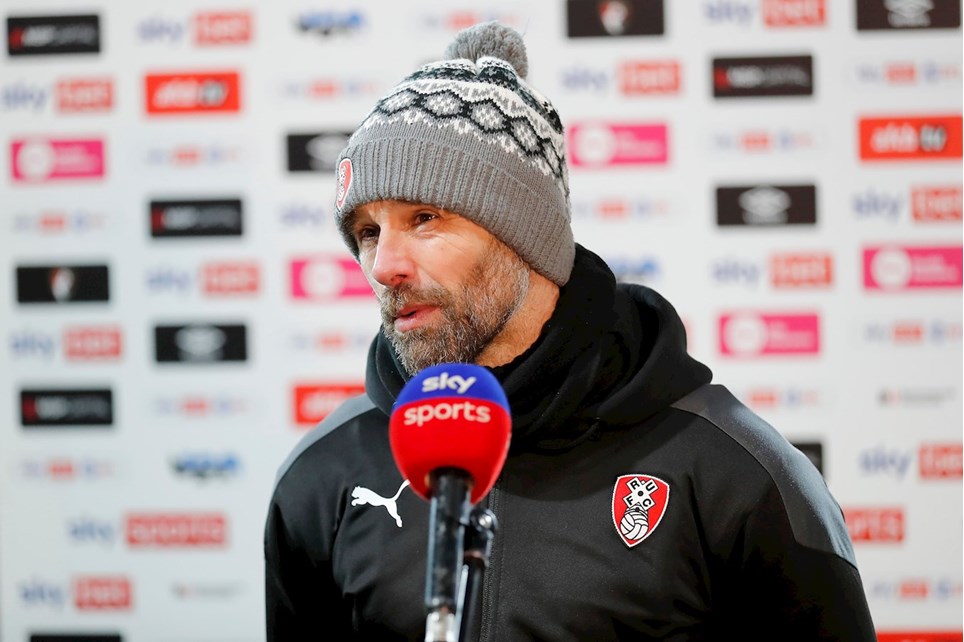 
Rotherham United boss Paul Warne spoke to the media ahead of Tuesday evening's trip to the capital to face Brentford in a televised Sky Bet Championship clash at the Brentford Community Stadium.

POST-MATCH | The cutting edge was the difference - Warne