Rotherham United are delighted to confirm that young forward Joshua Kayode has penned a new deal with the club which will keep him at AESSEAL New York Stadium until the summer of 2024, subject to EFL and FA ratification.

The 20-year-old – who is currently enjoying another productive loan spell with Carlisle United – has committed his long-term future to the Millers having progressed through the club’s Academy system before penning his first professional deal in 2017.

Having shown promise in his days throughout the youth system and in the club’s reserve team, it was decided that the next stage of Kayode’s development would involve loan moves elsewhere for first team football.

He enjoyed a short stint with Chesterfield before furthering his education with a productive spell at Gateshead in 2019. 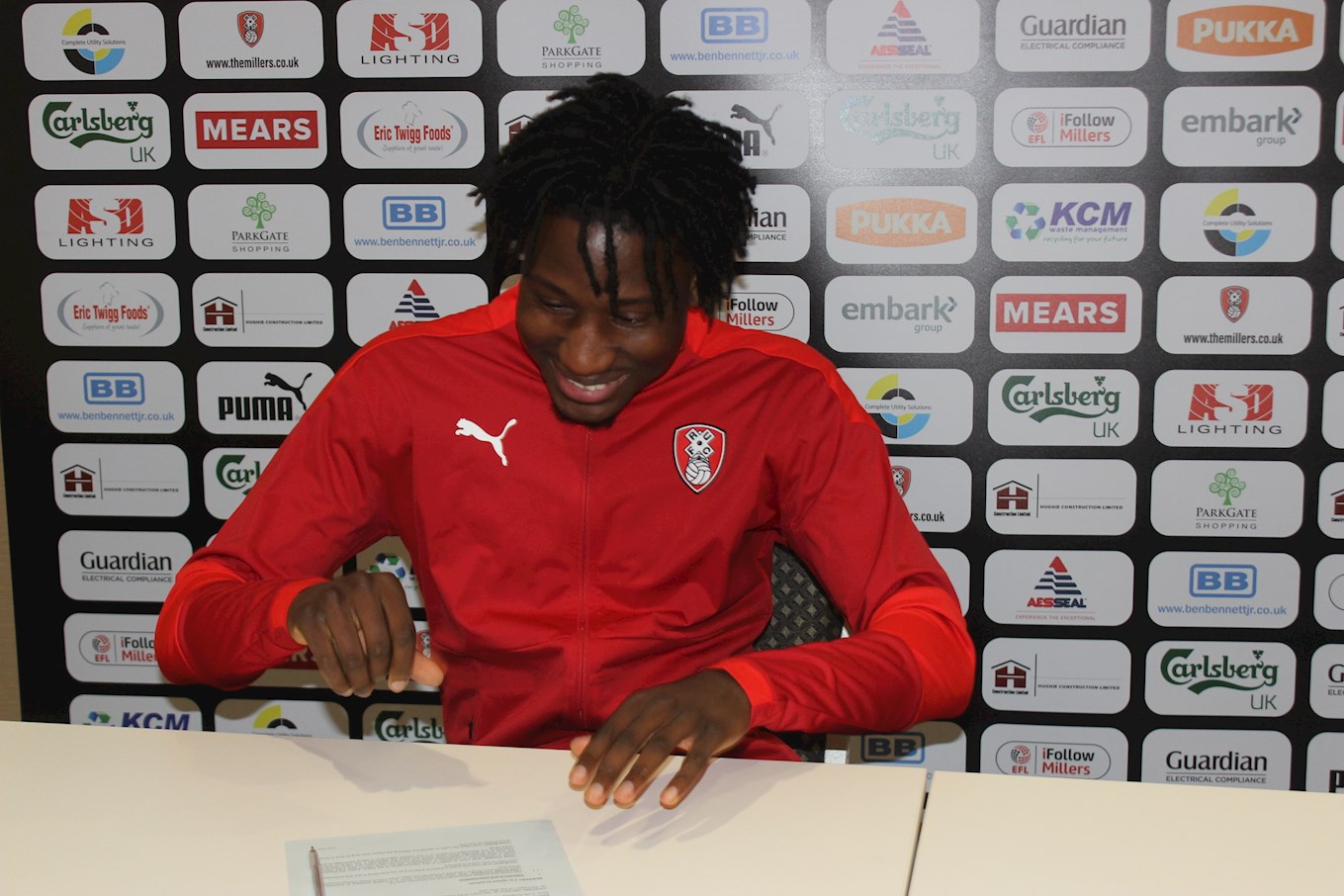 The forward then joined the Cumbrians on loan in January 2020 and quickly endeared himself to the Brunton Park-club, netting three goals in the five Sky Bet League Two appearances he made before the coronavirus pandemic saw the season curtailed.

Kayode rejoined Carlisle in another temporary switch in the summer and has continued to prove his abilities, becoming a mainstay in the side before a recent injury has limited appearances of late. At present, he boasts 30 appearances in all competitions with six goals to his name.

The forward, who is still only 20, has also been recognised by his native Republic of Ireland at youth level and is highly-thought of by Paul Warne and his coaching staff and Rotherham United.

Matt Hamshaw – in his role as first team/development coach – continues to remain in close contact with Kayode, whilst regularly reviewing his clips and matches at Carlisle United.

Everyone at Rotherham United would like to wish JJ well for the remainder of the 2020/21 season with Carlisle United and we look forward to welcoming him back to Roundwood in the summer.