Rotherham United can confirm that young defender Jake Hull has signed a new contract with the club, extending his stay at AESSEAL New York Stadium until June 2022, subject to EFL and FA ratification.

The Academy graduate first put pen-to-paper on a professional deal in August last year, having worked his way up through the youth ranks and has sufficiently impressed first team staff with his attitude throughout the 2020/21 campaign to be rewarded with a one-year contract extension.

The Sheffield-born defender will be looking to emulate the success of the likes of Ben Wiles, Joshua Kayode and Jake Cooper in making the step up to first team level in recent years.

Hull has been a part of the first team group at the club's Roundwood training base for the last 12 months and has put in countless hours of work behind-the-scenes to ensure he is in the best possible position to make the step up to senior level alongside fellow Academy graduate Jacob Gratton. 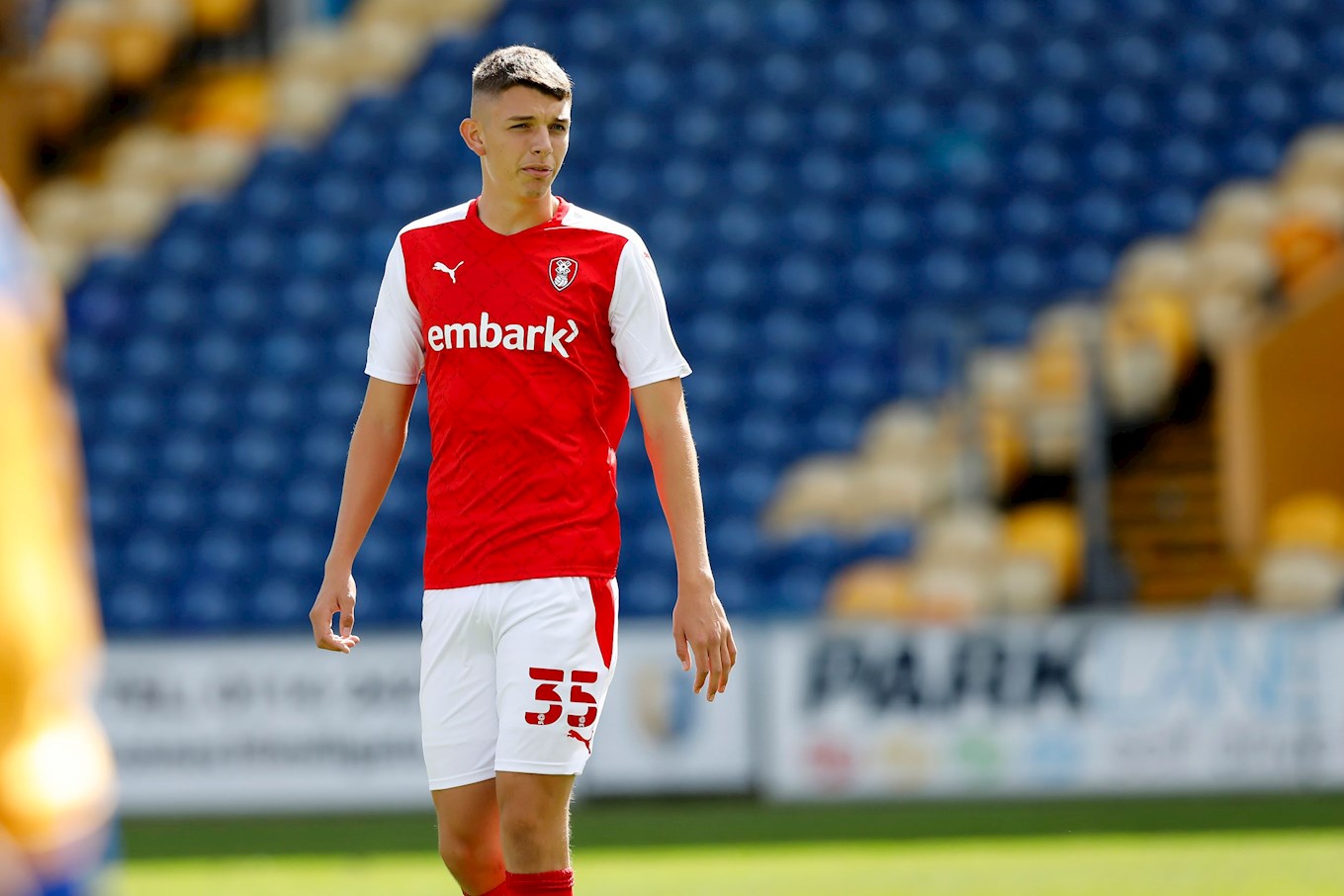 Loan experience has always been key in the pathway for young players at the club with Paul Warne and his staff keen to ensure that Academy graduates can experience ‘men’s football’ before looking to make the step up at Rotherham United.

The 19-year-old made a brief switch to Matlock Town where game time was immediately limited as a result of the pandemic, before eventually forcing his loan spell to be cut short.

Hull, whilst disappointed that he has been unable to feature in much competitive football this season because of the covid-situation, explained that instead, he has tried to keep himself in peak condition with 100% work rate on the training ground every day.

"I've been training with the first team which is a massive step-up from the youth team, but not being able to play games because of the Covid situation has been frustrating,” he told www.themillers.co.uk.

"The first team staff tried to make that happen for me by organising a loan to Matlock Town and I think I had a good experience of being involved with men's football there, but the football element of that was limited because of the pandemic.

"Hopefully next year I can get out on loan and play some games more consistently next year.

"Myself and Gratts know we've needed to play more games this year, so we've been trying to do the extra bits in the gym and staying out for a bit more running after training. We know that if the management tell us we need to play a game or be on the bench, we'll be giving ourselves the best opportunity to try and take it."

"The pathway to the first team is clear. Wilesy took his chance when he got it but it has been proven that if you can go out on a couple of loans and do well, you have a really good chance of being in the manager's plans here.

"I've been making sure I've been in the gym building up all week and trying to stay out and do extra running to keep myself in line for if the chance does come.

"The first few weeks after graduating from the Academy of going into the first team environment is a bit alien but the lads and staff have really made me feel a part of it all.”

Rotherham United first team/development coach Matt Hamshaw admitted that the limited chances to expose Hull to first team football has been disappointing, but insisted that the chance for the youngster to fully integrate himself into the first team setup in front of the eyes of the coaching staff has also been beneficial.

"Jake is a great lad and is someone we hope can have a very bright future at Rotherham United," he enthused.

"Sending young lads out on loan in recent years has definitely helped but the situation is what it is at the moment and we've had to focus on trying to help Jake from within the building.

"Like Jacob Gratton, his attitude since joining us from the Academy has been excellent and to see two young lads putting in the hours that not everybody sees is very encouraging.

"We've definitely seen an improvement both technically and physically in both Jake and Gratts and it will stand them in good stead for next season, whether that be here with us, or out on loan.

"Attitude is such a big part of 'making it' as a footballer and the young lads that we have in the building at the moment have all applied themselves brilliantly, even though it has probably been quite a frustrating year for them."

"We're looking forward to working with these players for a further year now and hopefully they continue to develop as they have done over the course of the last 12 months or so."