Rotherham United club partners PA Entertainments are undertaking yet another charity venture over the Easter weekend as members of their team make the epic journey from Blackpool to Bridlington on foot, in aid of the Alzheimer’s Society.

Adam Nicholson, Phil Cooper and their team began their mammoth coast-to-coast walk on Thursday 1st April and are soon set to complete their challenge in sunny Bridlington after four gruelling days of exercise.

PA Entertainments have garnered a reputation for their charity work – particularly over the months of lockdown – having become involved with clubs across the region, most notably for their illumination of the various stadia in the South Yorkshire area.

At the time of writing, this particularly charity event has seen them raise in excess of £2,000 for a wonderful cause in the Alzheimer’s Society and they have called upon Millers supporters to help raise that tally as the challenge draws to a close.

Alzheimer’s Society is the UK’s leading dementia charity. They campaign for change, fund research to find a cure and support people living with dementia today.

Thanks to your support, Alzheimer’s Society is facing dementia head on. Whether you’re a fundraiser, donor, partner, or affected by dementia in any way, they’re working with you to build a movement. Inspired by your voices, they are leading the way in support, society and research. 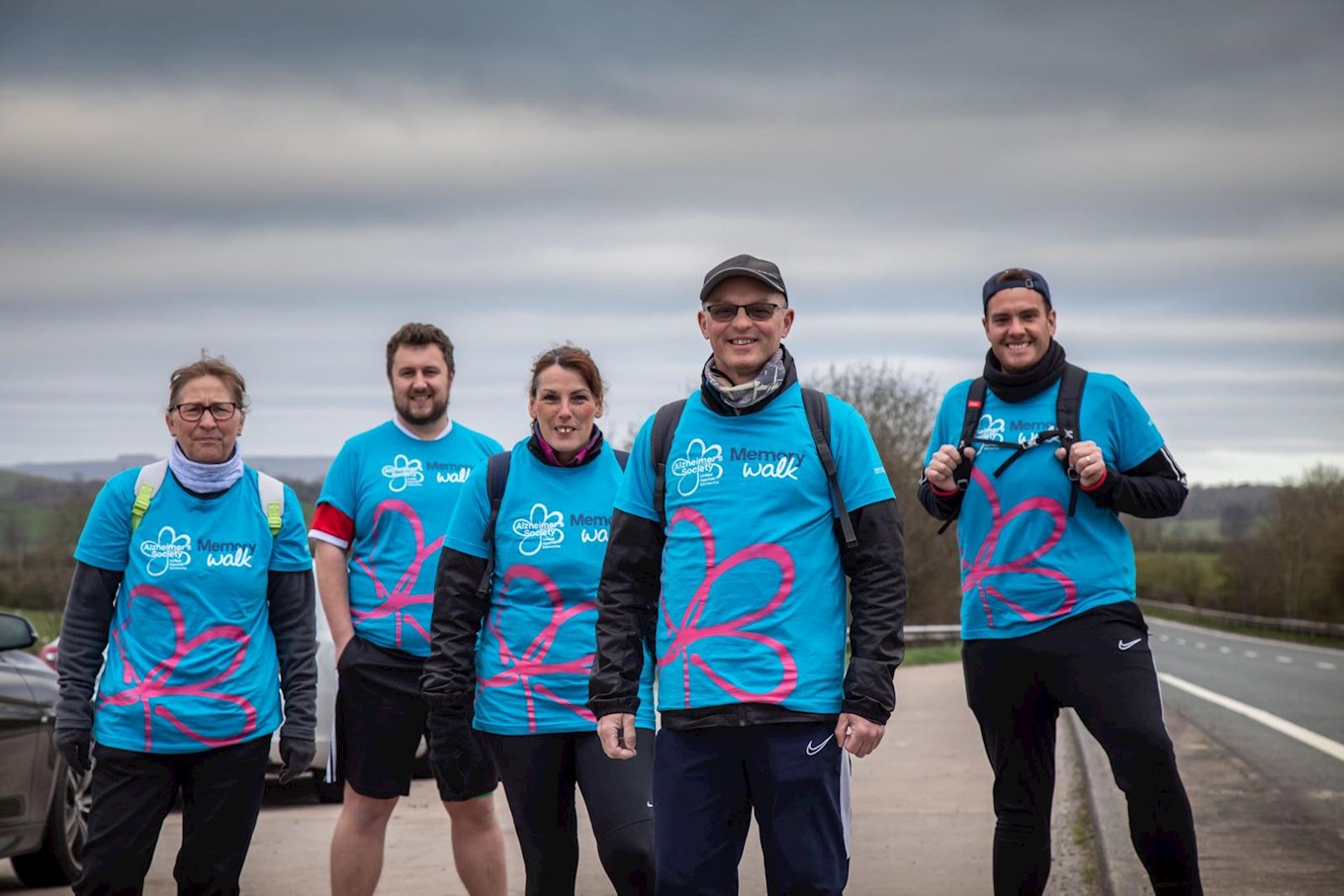 Adam Nicholson, who has been involved with plenty of charity work with PA Entertainments, took time out following Saturday’s mileage to speak with www.themillers.co.uk about the challenge.

"We have a couple of members on the team who have lost family members through it,” he explained when asked why the walk was in aid of the Alzheimer’s Society.

“That's why we're raising money for the Alzheimer's Society. You choose charities that are close to your heart and we've done a lot over the last couple of years to support different charities, but this one means a little bit more because of family.

"We've had charity football matches before and we're always getting involved with the cricket game that Rotherham United hosts when they can in aid of the Rotherham Hospice.”

The team have around 70 miles to walk as Adam speaks with us on Saturday evening and whilst the challenge is proving as tough as expected as they take stock in Harrogate, he explains that the intrepid explorers are withstanding the physical challenge.

"It's gone well and we've held up okay. A few of us have blisters and other war wounds but we're armed with plasters and everything else to combat that. On the whole we're going well,” he added.

"The mental side of it is so big and we've got a good team.

"Having to get up for six days at the crack of dawn to do it is really tough.

"You have to have the mindset that each morning you're getting up, you've got to get through that 20 miles.” 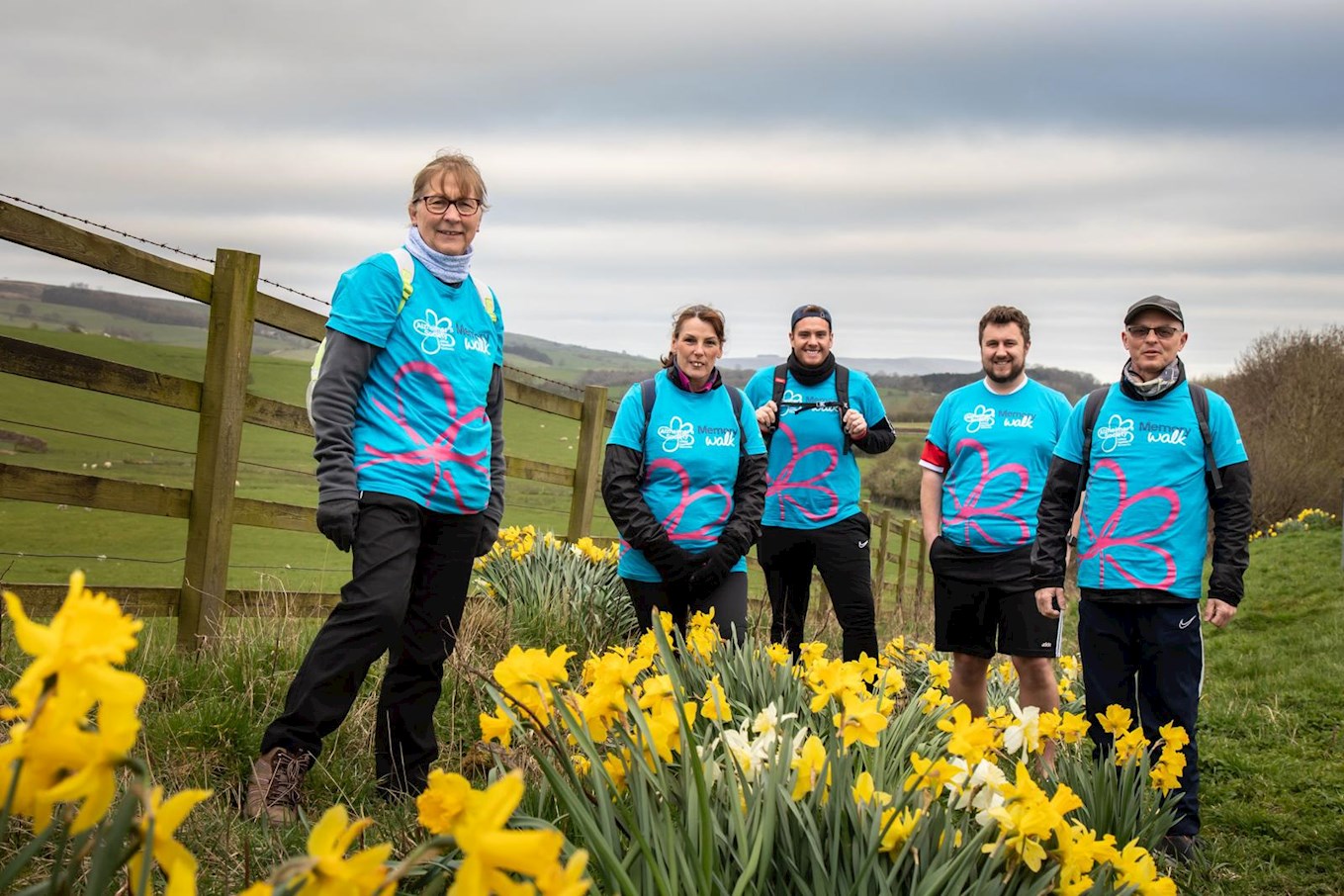 When quizzed on where the idea of a coast-to-coast walk was conceived Adam continued to explain that it was born out of a random internet search and has proven to be as testing as one could imagine a walk the breadth of the country would be.

"We did a shorter walk last year, which was just a 20-mile walk for mental health. This one was the next challenge really and it is a challenge!

"I'm not even totally sure where the idea for this challenge came from really. We looked at something and decided we'd do a coast-to-coast.

"Originally, we were going to bike it and that would have been a weekend, but in the end we decided to do it on foot and we're well on our way as I speak with you now.

"We're in Harrogate as I speak to you on Saturday. We've done just short of 70 miles. Depending on when this goes out, we should be way past Knaresborough and in towards York with two days to go - as we finish on Tuesday.”

Adam concluded by expressing his gratitude to those who have already donated, whilst explaining the team are grateful for any donations through the tough times presented to us as a nation as a result of the pandemic.

"We're aware that with the covid situation people might not have much to give, so we're just asking people to give what they can. We set the target at £2,000 and we've smashed that now,” be added.

"Realistically, if we could look towards another thousand, it would be a massive achievement for such a big walk but we’re so grateful to everyone who has donated so far.”

If you would like to donate to their efforts, you can do so here:

*The team were granted special dispensation by the charity to undertake the challenge during the coronavirus pandemic.